888sport look at the fourth and final Grand Slam tennis event of the year, the US Open 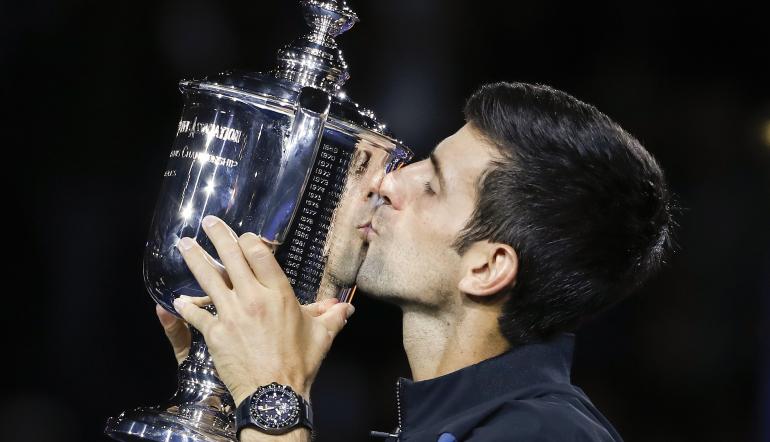 The US Open is an annual tennis tournament that takes place over a two-week period in late August and early September.

Officially known as the United States Open Tennis Championship, it is the fourth and final Grand Slam event of the calendar year – following the Australian Open, French Open and Wimbledon Championships.

The competition dates all the way back to 1881, making it one of the oldest tennis events on the planet. By 1892, the tournament had options for women players to compete – although each category was contested at a different venue.

That all changed in 1968, with all five championships taking place at West Side Tennis Club in Queens. From that moment on, the tournament became known as the US Open and it has been an ever-present on the sporting calendar ever since.

Before 1978, the US Open had been played predominantly on grass but it was a clay court event for three tournaments from 1975 to 1977. Today, the Grand Slam event is played on DecoTurf, which is a faster hard-court surface.

The main court is the 22,000 Arthur Ashe Stadium but there are two other major courts in the vicinity. With space for 10,000 spectators, the Louis Armstrong Stadium regularly hosts major tournament games while the 6,000 seat Grandstand Stadium is also an iconic venue.

With sufficient lighting around all venues, players can play well into the night and courts are painted blue to help spectators and officials with tracking of the ball. With so much at stake, US Open organisers are hot on any potential issues regarding the state of play.

The Arthur Ashe Stadium is the largest tennis-specific venue on the planet and young tennis players will be dreaming of lifting the US Open trophy. At the time of writing, Novak Djokovic is the 6/5 market leader for the men’s singles tournament for 2019.

The longest ever match in US Open history took place in 1992. With a Grand Slam final spot up for grabs, Michael Chang and Stefan Edberg did battle for five hours and 26 minutes – with the Swedish player advancing to the US Open showpiece.

Tennis legend Arthur Ashe won the US Open in 1968 but was unable to accept the prize money due to his status as an amateur player. Since then, Grand Slam winnings have gone up to unprecedented levels and the 2019 US Open is the most lucrative event of all.

A rather interesting fact is that Jimmy Connors is the only male player to have won Open titles on all three surfaces. With the US Open now played exclusively on the hard court, that particular record will never be matched.

Connors, Roger Federer and Pete Sampras are tied for most US Open wins in the Grand Slam era with five triumphs each. John McEnroe won the tournament four times in the space of six years from 1979 to 1984 and he is next best with four US Open titles.

Novak Djokovic and Rafael Nadal have the chance to move level with McEnroe on four titles in 2019. The former was victorious in 2018 and a second US Open crown in as many years will see him move one step closer to Federer’s tally of Grand Slam triumphs.

Meanwhile, Chris Evert and Serena Williams have both won six US Opens apiece since the start of the Open Era. Widely regarded as the greatest female player of all-time, Williams can cement her status with a seventh victory this year.

888sport.com never hits the net when it comes to tennis bets

Tennis
US Open
About the Author
By
Alex McMahon