Everything you need to know ahead of Wimbledon 2020 - who will claim victory this summer? 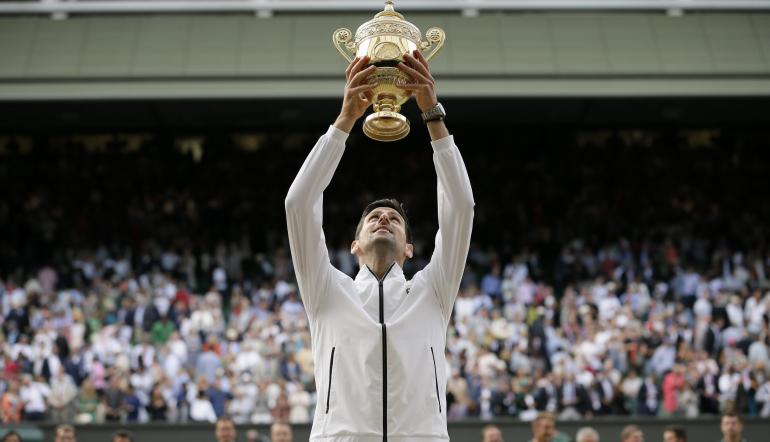 Wimbledon is the third tennis Grand Slam of the year, and the only one that takes place on grass.

This hasn’t always been the case, but it is the focal point of the ‘grass court season’ now with smaller warm-up events preparing players with the Grand Slam final in the United Kingdom.

Like the clay courts of Roland Garros, Wimbledon provides an opportunity to those players that specialise on grass.

Lesser known entrants can shock a few who aren’t accustomed to the pace of grass court tennis and write their own pieces of history along the way, perhaps joining the lists of famous Wimbledon upsets.

Wimbledon in 2020 is the focus of this piece, starting with the dates and running through to some Wimbledon tips...

The 2020 version of Wimbledon begins on Monday 29th June. The event runs for just shy of a fortnight, finishing with the men’s singles final on Sunday 12th July.

Like all Grand Slams, the journey to the tournament proper begins long before the excitement of 29th June with qualification taking place in the weeks before.

The British summertime weather can cause some delays, and this can give the schedulers some headaches.

If matches from the outer courts are moved, or there’s a particularly poor spell of weather, the finals can end up being moved but this is very unlikely.

Wimbledon is held at the All England Club and has been since 1877, when the first tournament was hosted. Wimbledon is an affluent area of south-west London, and obviously attracts a lot of tourists during the tournament fortnight.

The main court at the All England Club is inventively named Centre Court and had a retractable roof added in 2009. The secondary court, with an equally thrilling name, No1 Court, has recently had a roof added too, which was first used at Wimbledon 2019.

Wimbledon is renowned for its strict all-white dress code and the traditional consumption of strawberries and cream.

The media might be focused on the singles events, but there are more than two people celebrating glory come the end of a Grand Slam fortnight. There were 29 Wimbledon champions in 2019 across 18 different events.

Novak Djokovic defeated Roger Federer in the 2019 men’s singles finals in what is widely considered one of the greatest matches ever played.

Djokovic has won Wimbledon on five occasions and will be looking to make it three titles in a row in 2020. Wimbledon prize money has played a major part in Djokovic’s $140 million tournament earnings.

The only British success was for Andrew Lapthorne and his Australian partner Dylan Alcott in the wheelchair quad doubles.

The latest tennis odds offer prices for the men’s and women’s Wimbledon draws.

After his historic win in 2019, Djokovic leads the way in the men’s market, while Serena Williams is favoured over Halep and Ashleigh Barty in the women’s draw.

Along with the British Grand Prix, FA Cup final and Lord’s Test match, Wimbledon is a huge occasion in the British sporting summer.

The 2020 edition will be no different, and 888sport is the place to find all the news, odds and tips.

888sport.com has tennis markets galore - all the tennis bets you could ever want