Who will win the Tingle Creek? Our horse racing writer looks at the ante post market and picks five contenders at Sandown 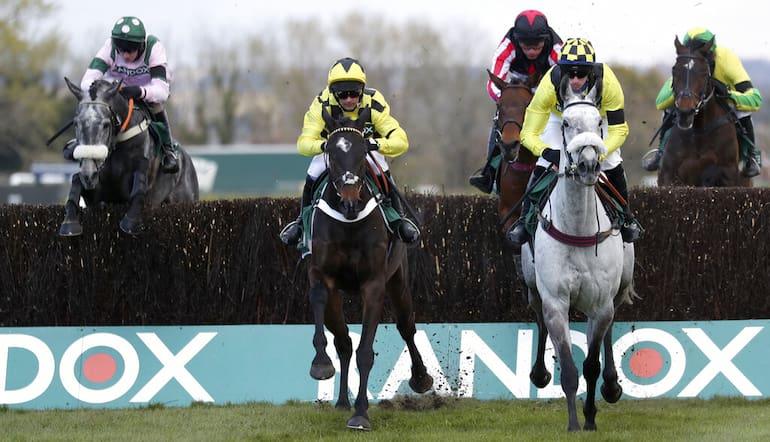 Run over two miles at Sandown Park, the Tingle Creek is one of the most prestigious races of its kind in the division.

Speed and accurate jumping are of the essence in a race which has been won by some of Jump racing’s all time greats down the years, including Desert Orchid, Moscow Flyer, Kauto Star, Sprinter Sacre, Sire De Grugy and Altior.

First run in 1979 the Tingle Creek was originally a handicap but in 1994 was upgraded to a Grade 1 race which is open to runners aged four or older.

The race is often a pointer to the Queen Mother Champion Chase at the Cheltenham Festival. You can check out all our latest Cheltenham betting odds here.

This year’s renewal takes place on Saturday December 3rd. Let’s take a look at some of the contenders:

Greaneteen is currently trading at odds of 6/4 with us here at 888sport to win the Tingle Creek for the second year in a row at Sandown Park on the first Saturday of December.

Greaneteen confirmed he’s a force to be reckoned with again when scoring an impressive victory under top-weight in the Grade Two Haldon Gold Cup at Exeter.

That win was in fact his tenth success from twenty career starts which is an amazing strike rate for any National Hunt horse.

Four-time Grade One winner Shishkin has not been seen out since pulling up in the Queen Mother Champion Chase at The Festival last March, but if he is still the horse of old then he has to be a major player in this event.

Antepost players may just want to be wary however as Nicky Henderson said: "I'm not going to say it's where he is definitely going to go but we're trying to get to the Tingle Creek. We're nearly on schedule.”

2022 Arkle Novices’ Chase hero Edwardstone, trained by Alan King, is a strong third favourite in the betting market and must be a player should he take up his entry here.

The eight-year-old was due to run in a handicap at Ascot on Saturday 19th November but missed that race on account of drying ground. Chances are he will directed here but can he win first time out?

Ferny Hollow was last seen landing a Grade One Novice Chase at Leopardstown on Boxing Day of last year.

The Fortria Chase at Navan was the intended returning point for the seven-year-old but his trainer Willie Mullins pulled him out on account of the ground.

The Cheveley Park-owned gelding is going to be a force to be reckoned with should he line up in this field.

Captain Guinness produced a fine round of jumping in the hands of Rachael Blackmore to take the Fortria Chase at Navan on November 13th.

Admittedly the withdrawal of the favourite Ferny Hollow made the task somewhat easier but it was a polished performance nevertheless.

Henry De Bromhead’s runner was actually third in last year’s Tingle Creek so he can clearly get involved again on his return to Sandown and presents a great each-way opportunity for those of you betting on horse races online.