Diary Of A Groundhopper: Tony Incenzo On Droitwich Spa vs Coventry Copsewood

In his latest Diary of a Groundhopper article, Tony Incenzo pens his experience at Droitwich Spa v Coventry Copsewood 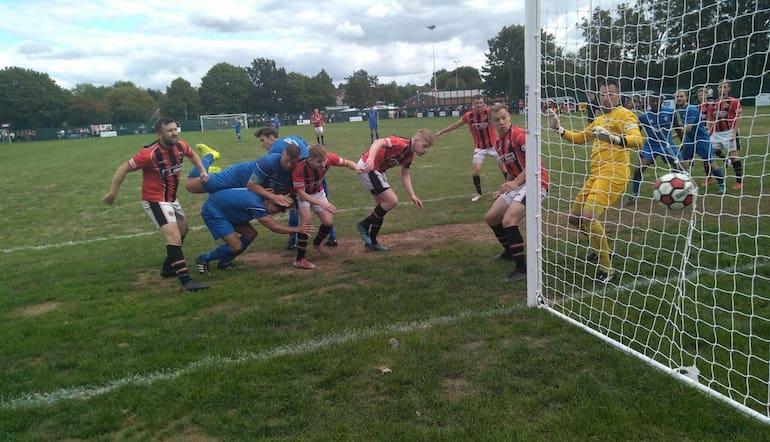 I really wanted to visit Droitwich Spa FC as the team have returned to their home town this season after a period of five years groundsharing some 10 miles away at Stourport Swifts FC.

That self-imposed exile was necessary because Droitwich didn’t have the necessary facilities to meet strict ground grading requirements for advancement within the national Non-League Pyramid system.

But extensive work has now been completed in developing a £2.5 million stadium at the King George V Playing Fields where the club originally played until 2017.

This has coincided with promotion to the Midland League Division One for 2022/23 having been crowned champions of the West Midlands (Regional) League.

All in all, a fascinating story that captured my attention and I therefore decided to take a look at the brand new set-up for myself.

So I set off on a Bank Holiday Monday 260 mile round trip to the historic Worcestershire spa town which has a population of 23,500. My wife and daughter accompanied me for a nice day out.

The football ground has been entirely transformed. It originally consisted of just an unenclosed pitch that had minimal spectator facilities.

But now the affectionately named ‘Kingys’ Stadium is fully fenced in and railed off with floodlights, hard standing underfoot plus a decent 100-seater grandstand.

The players’ changing rooms have also been improved and the surrounding community are benefitting from a newly laid 3G artificial pitch outside the main arena. 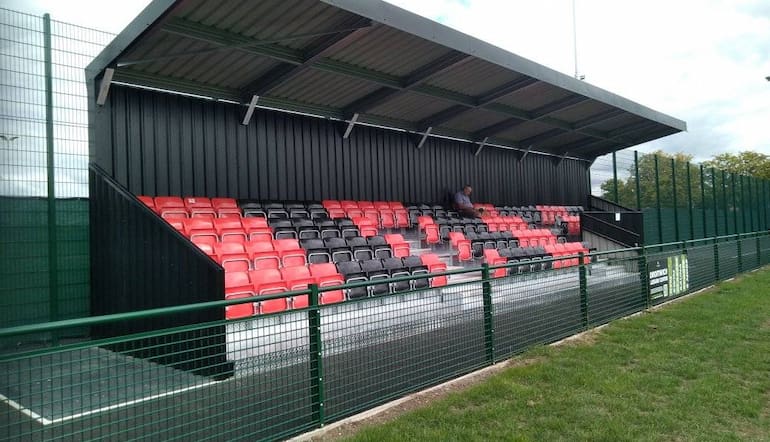 Their homecoming match at the start of the current campaign attracted a bumper crowd of 510 whilst attendances since then have been approaching 300. So plenty of interest is being generated since these are very encouraging gates for Step 6 football.

In fact, I was impressed to see many schoolchildren enthusiastically cheering on their local team. A situation that is greatly helped by an admirable policy of admitting under-12’s into fixtures free of charge to entice the fanbase of the future.

Businesses in Droitwich are buying into the project too and I noticed scores of advertising boards erected around the pitch. All these fresh income streams will provide a sustainable future for the football club.

They have a five year plan which includes hoped for progress in the FA Vase and the FA Cup to supplement Midland League success.

It was a double issue that sensibly covered Droitwich Spa’s two home games over the August Bank Holiday weekend. The 36 page edition sold at £1 which was good value.

A front cover headline of “SALTMEN” referred to the club’s evocative nickname which stems from the fact that salt has been extracted locally in Droitwich Spa since ancient times.

The rest of the programme contained a pleasing blend of match reports, statistics and action photos. An interesting map of the other Midland League Division One teams caught my eye.

It revealed that Droitwich will travel a total of 1,538 miles for their away fixtures during 2022/23 with the furthest trip identified as 62 miles to Haughmond FC in the Shrewsbury area.

Droitwich started on the front foot and took the lead through Connor Collins with a close range header on 19 minutes. Then six minutes later, Coventry Copsewood’s Ben Atkins put through his own goal for 2-0. 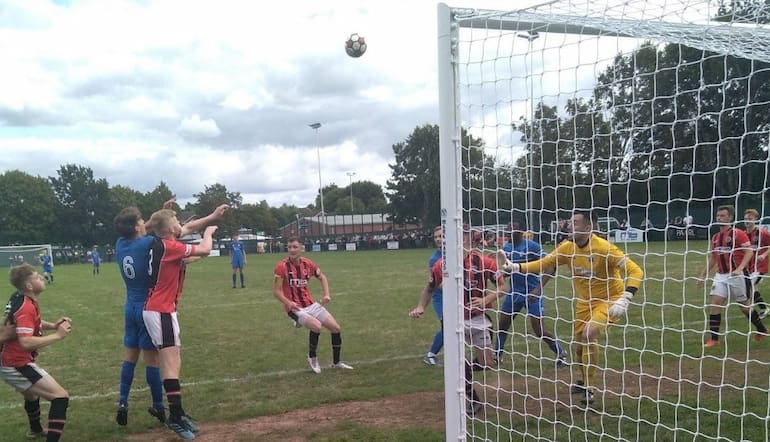 Droitwich had plenty of chances to extend their advantage before the half-time interval. Copsewood tightened up after that so there was no further scoring.

On a personal note, I was delighted to capture one of the best photographs I have ever taken on my camera phone where a thicket of players from both sides appear to be inadvertently forming a rugby scrum following a corner!