Diary Of A Groundhopper: Tony Incenzo On Golcar United vs Eccleshill United

In his latest Diary of a Groundhopper article, Tony Incenzo pens his experience at Golcar United v Eccleshill United 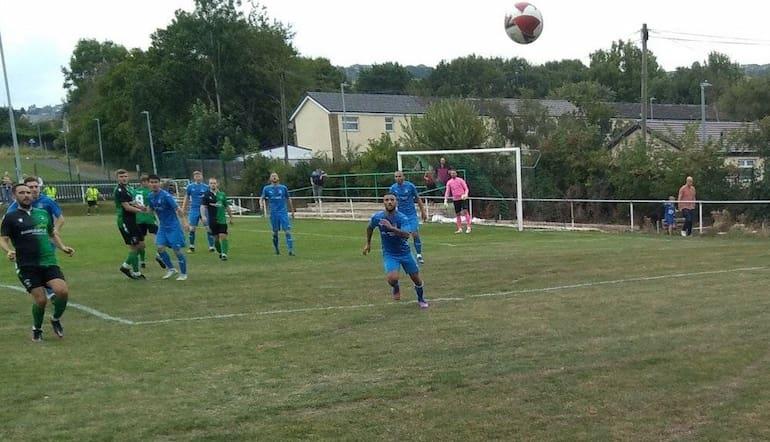 Whenever I have reached out to our wonderful Non-League family on Twitter with requests for information in researching articles, Golcar United have always been one of the first to reply.

Whether it has been details about their hard working volunteers or their love of printed matchday programmes, this is a club that promotes an enthusiastic online presence.

In addition, I was interested by the fact that Golcar United have made good progress since moving up from local football in the West Riding County Amateur League in 2019. 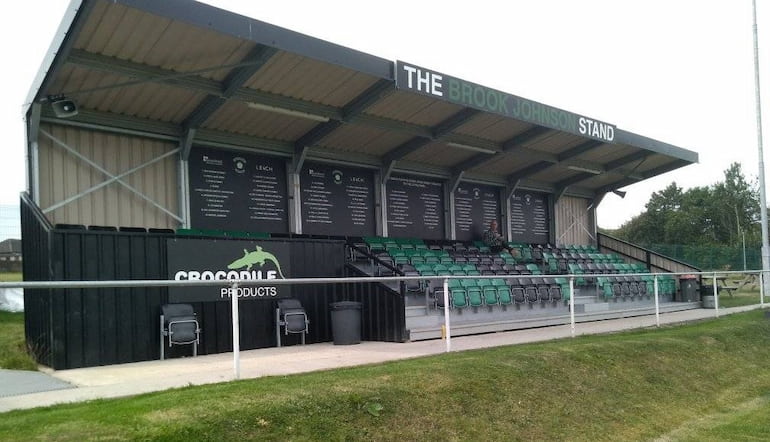 A further promotion currently sees them as members of the Northern Counties East League Premier Division at Step 5 of the national Non-League Pyramid.

So I decided to pay a visit in person and I set off on my 360 mile round trip to Golcar (pronounced “Gol-ker”). It is a village of 6,900 residents located on a hillside crest three miles west of Huddersfield.

It is hard to believe that this was just an undeveloped football pitch surrounded by very little in terms of spectator amenities until three years ago.

But now, Golcar United have a smart 100-seater grandstand provided by Stadium Solutions, decent covered accommodation behind one goal and plenty of newly built terracing.

Their well-appointed clubhouse provides a warm welcome for spectators. Meanwhile, a troublesome large slope on the pitch has been levelled off.

A nice 16 page production that sold at £2 on the admission gate. 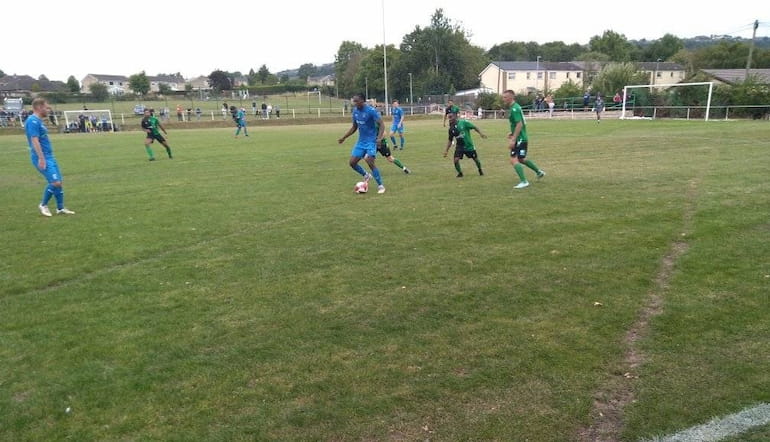 It was embellished by the club colours of green and black and contained some excellent photos. Overall, great work by editor Lee Morris who doubles up as Golcar’s prolific Twitter man.

The attendance of 342 was very healthy for a village team. This was helped by the fact that local professional club Huddersfield Town weren’t playing until the Sunday.

Today’s visitors Eccleshill United from Bradford deserved their victory which came by virtue of goals by Matthew Sykes 2 (24 & 78 minutes) and Devonte Newman-Morton (90+4 mins). Daniel Naidole was Golcar United’s marksman in the 69th minute.

Golcar United club secretary Ben Senior gave me a guided tour of the ground and told me that most of their facilities had been built by work parties of 15 to 20 volunteers.

This happened during the Covid lockdowns once Government restrictions for meeting up had been relaxed in June 2020.

Ben was a busy man on my visit as he had to help out in the technical area that day due to holiday leave amongst the club’s coaching staff.

Then during the game itself, play was abruptly brought to a halt by the referee when he spotted some dog mess on the playing surface.

Lo and behold, it was down to multi-tasking Ben to venture forth intrepidly with a protective plastic bag wrapped around his hand to carefully remove the problem!

Ben also spoke very proudly about the advancement that his club has made on and off the field. He told me: “Work is always ongoing at Golcar United. We are forever striving to improve the facilities and make things more comfortable for our supporters.

"There are still some players here that lined up for us in the West Riding County Amateur League days. That is brilliant as it enables us maintain our strong community links. They’re all local lads who have helped to build the foundations of the success we’ve enjoyed.

"Other teams over the years have progressed right up the ladder into the Football League. These include Wimbledon in the 1970’s and 1980’s while a more recent case is Harrogate Town. They’ve shown that it can be done, so who knows what the future holds for Golcar United?

"Realistically though, we hope to establish ourselves in the NCEL Premier and then try to climb even further up the Pyramid in time."