Tony Incenzo On 'Disappearing Dave' At Sunderland Away! 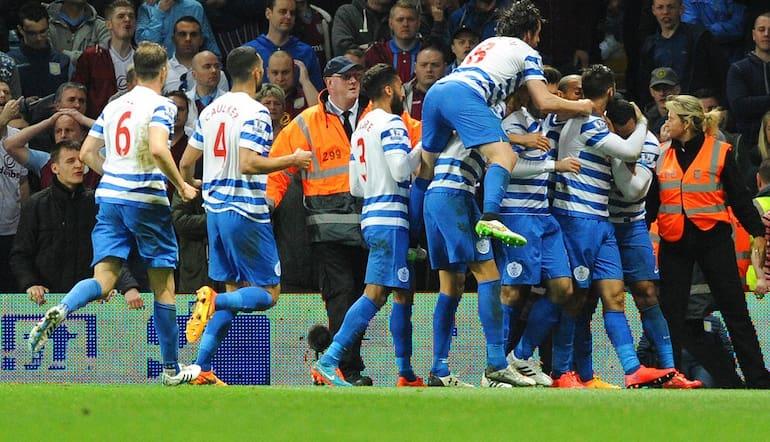 I VIVIDLY remember going to a football match where an unexpected amorous adventure led to the total disappearance of one supporter. In fact, he literally vanished into thin air!

This happened when Queens Park Rangers played away to Sunderland on Saturday 20th October 1979. These were two of the promotion favourites in an appetising Second Division fixture.

On a personal note, it was my first visit to the famous old Roker Park stadium. I was really looking forward to it as I chalked off another of the 92 League grounds.

I used my trusty ‘Student Rail Card’ to save money on the train fare. The 300 mile journey began with a rapid Inter-City Express from London King’s Cross to Newcastle Central.

From there I caught the local service on to Seaburn station for Sunderland, which took about 20 minutes.

That rudimentary connecting train only consisted of one carriage. It was jam-packed with 100 or so QPR fans who were belting out an array of loud songs as they eagerly anticipated the match. Indeed, it was a case of standing room only.

At the first stop after Newcastle, a lady boarded the train who was laden down with multiple shopping bags. She was in her mid-30’s and heavily made up.

But she looked absolutely dismayed when she realised that the carriage was rammed full of boisterous football fans with no spare seats whatsoever.

Here is my latest @888sport Blog reviewing the big stories from the Championship over the past few days...https://t.co/Q50JYSmv1Y#twitterblades

“Scuse me luv,” piped up one of the QPR contingent who was called Dave. “Would you like to sit down?”

He was only about 20 years old (and subsequently become known as ‘Disappearing Dave’).

“Yes, if that’s possible. I’ve been shopping all morning and I’m absolutely worn out,” said the woman in her purring North-East accent.

“Well it’s very crowded in here,” he continued. “But we’re all mates together and so you’re more than welcome to come over and sit on my knee.”

To the amazement of everyone on the train, she took up his invitation and plonked herself straight on his lap!

Dave’s confidence started to grow as he said: “So are you single then luv?”

“Yes. Me husband left about two months ago for a younger model.”

“Well I think you’re gorgeous luv. I really do. Would you like to come with us to watch the match? We are QPR you know. I’m sure there will be plenty of room on the away terraces.”

“No, I really have to go home and feed me cats. They’ll be starving now. I live two stops after Seaburn. But you’re more than welcome to come back to me house for a cup of tea if you want.”

At that point, the train reached Seaburn and everyone started getting off.

But he said: “Sorry lads, I’m staying on the train.”

And so Dave and the lady were the only two people left in the carriage as it pulled off into the distance. I was a callow teenager and I could barely believe what I was seeing!

Rangers lost the match 3-0 in truly disappointing fashion with centre-half Bob Hazell getting sent-off. My abiding memory of that occasion was the howling ‘Roker Roar’ that greeted Sunderland’s three goals.

Anyway, the downhearted fans from West London trudged back to Seaburn station in driving rain afterwards fully expecting to find Dave on the platform waiting for them.

But he wasn’t there. And he wasn’t at Newcastle to join the main Inter-City train home either.