Tony Incenzo: An Epic Trip To Moscow With The Republic of Ireland

Tony Incenzo recalls Ireland's trip to the USSR in 1995 but how did it go? 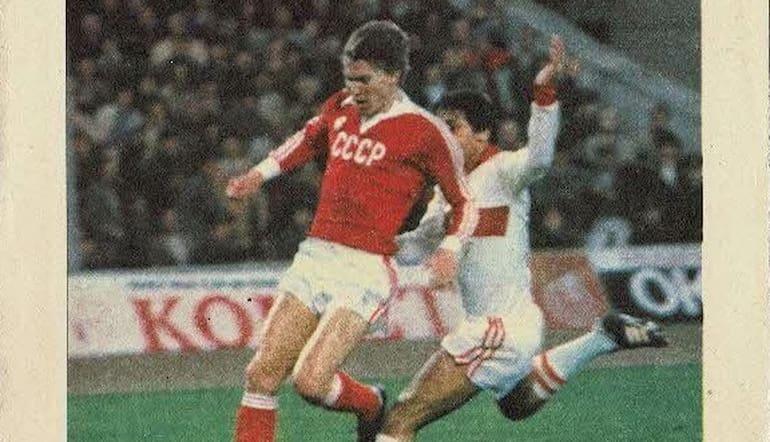 AN epic trip to Moscow to watch a World Cup qualifying match between USSR and Republic of Ireland ended with me frantically flushing wads of money down the toilet!

The game took place on Wednesday 16th October 1985 at Central Lenin Stadium. This featured the biggest crowd I have been part of at football – a massive 103,000.

It was also the coldest weather I have ever experienced in my life as temperatures dropped to -10°C that evening. For the record, USSR won 2-0 which backed up odds offered on football betting.

Anyway I travelled with 50 other fans on a five day excursion organised by the newly founded Republic of Ireland Soccer Supporters Club (London branch). 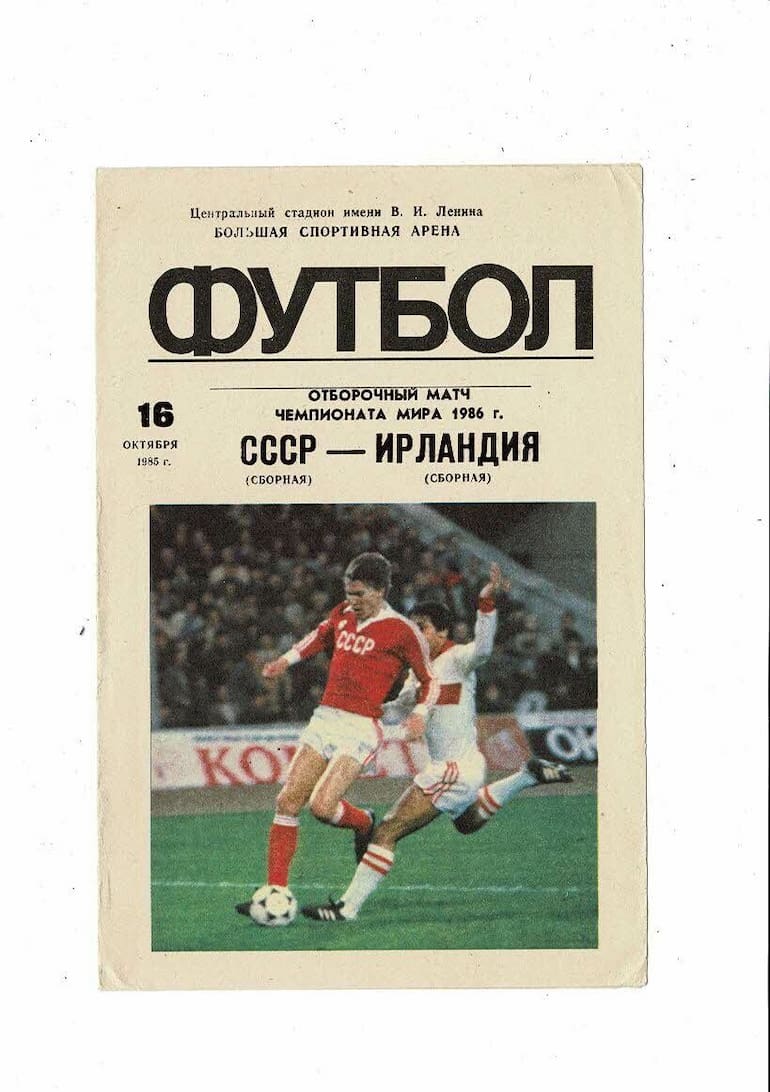 I should point out that this was before the ‘Perestroika’ and ‘Glasnost’ reforms so Moscow was very primitive indeed with the KGB security agency ruling everything.

On arrival at the airport in Moscow, I was asked to fill out a form making a declaration on how much cash I was bringing into their country.

A gruff KGB man told me in no uncertain terms that I was not allowed to exceed this sum of money when I eventually left to return home.

On to our hotel and it was weird that the elevator didn’t stop at one particular floor. Rumours were circulating that the KGB were based at that level and they were spying on all the guests!

Incidentally, there was absolutely no chance of having a lie-in during the mornings. At 7am each day, very noisy Russian folk music was piped into our hotel rooms to make sure that everyone got up and reported downstairs for breakfast!

I was staggered that there were barely any shops in Moscow. Someone would just turn up on the side of the street with a box of oranges, for example, and a mile long queue would form of people who wanted to buy them.

Then someone else would arrive on the other side of the road with a box of freshly baked bread causing another massive queue of expectant shoppers.

In addition, there were no pubs or clubs. In fact, no night life whatsoever to the complete dismay of us London-Irish visitors.

You couldn’t even step on to the road unless you went to an official crossing intersection.

There were KGB policemen situated at sentry points halfway up lamp posts every 50 yards or so and they would blow their whistles very loudly if you attempted to cross the street at an unauthorised point.

What was strange though was that these policemen blatantly turned a blind eye to black market spivs who were freely operating in broad daylight.

I was walking towards Red Square with a friend – let’s call him Liam - when we were approached by one of these dodgy looking geezers.

“Hey, do you want a chewing gum?” he said in decent English.

“No thanks,” I replied as I attempted to give him a wide berth.

But Liam quickly informed me that chewing gum was a cherished luxury in Moscow so the gentleman in question was trying to amicably make our acquaintance in order to broker a deal.

It turned out he had pressing needs for westernised clothes which were not widely available to Russian people.

So Liam returned to the hotel room and tipped out everything from his suitcase. He then went back to meet the spiv and sold all the clothes for 100,000 roubles which was worth more than £1,000 sterling.

Liam was delighted with this transaction. But I said to him: “What are you going to do with that money? You can’t convert it into pounds when we are returning to London.”

But as already mentioned, there were no shops, no pubs and no nightclubs. And because all our meals were included in the hotel package, Liam simply couldn’t spend any of his newfound wealth – not even on sports betting.

Moving forward to the day we were flying home and I waited patiently with Liam at Moscow’s airport security.

All of a sudden, a man in front of us was physically dragged out of the queue by several KGB heavies. We watched him getting bundled into a side room amidst a great deal of screaming and shouting.

A Russian guy standing behind us explained: “Oh the KGB have discovered that he has more money on him than he did when he first arrived in Moscow. Around 50,000 roubles I think. He must have sold stuff on the black market. They’ll surely send him to a Siberian prison camp for this.”

I turned to Liam and whispered very quietly: “That bloke is getting beaten up for 50,000 roubles. You have twice that much in your pocket. We need to get rid of it!”

Therefore we rushed into the gents’ toilets and occupied a cubicle each. We then began hysterically flushing the bank notes down the toilet pans. But the flush system didn’t work very well and it was taking a long time to achieve our mission.

It got to the point where we were going to miss the flight so drastic action was needed! I grabbed the remaining pile of money and handed it to a dishevelled woman who was cleaning the toilet floors.

Her face immediately lit up and she threw her mop in the air before dancing a jig of delight!

Back in the passport queue, I told the aforementioned Russian chap what we had done in total blind panic.

He said: “Do you realise, you have made that woman very, very rich? She can now go to St Saint Petersburg and buy a huge palace to live a life of luxury for the rest of her days.”

Liam and I boarded the plane and departed for London without saying another word.

Another friend of mine called Patrick Redmond also has vivid recollections of that trip to Moscow….

My main memory of the Soviet Union in 1985 was how little of the local currency you could spend. I changed up a fiver and managed to buy some stamps for postcards and pay for a tube ride. But most of my roubles were left untouched.

The hotel we stayed in was the Belgrad to the south-west of the city. It had been built for the 1980 Olympics and had a first floor that was out of bounds.

The hotel made no effort to hide the fact that you couldn’t access this level. For instance, the first floor button on the lift had been removed. I assumed this was where the KGB monitored us.

On the night we arrived it became apparent our hotel had no beer. “Nyet” said the surly bartender. Pubs on streets were non-existent.

And you could not buy anything in shops either. You poked your head in the door of what appeared to be a shop but there were no products on sale. Then there was the odd spiv trying to buy your jeans.

During the day of the match, I remember pavements being completely littered with banana skins. Bananas had arrived for sale in Moscow and the evidence of their popularity was on every street.

Overall I found that rouble notes were only useful as toilet paper and very little else.