We look at the 10 biggest Championship stadiums ahead of 2022/23 - which venue can host the most supporters? 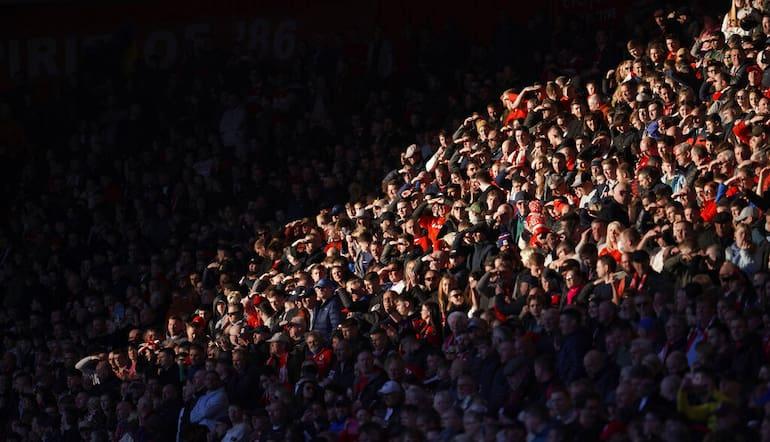 Attendances across the board in English football continued to rise in 2021/22 as supporters eagerly embraced live football again.

This was certainly true of the second tier, as fans enjoyed in large numbers a gripping promotion scrap and a Play-Off chase that involved almost half of the league.

Our Championship predictions for this coming season tip another broad battle at both ends of the table so we can once again expect grounds to be packed from Wigan to Watford.

Thankfully, these ten biggest grounds in the division can easily accommodate the demand.

Ashton Gate opened its gates in 1887 and it’s not only football that has a long association with the ground, situated just south of the River Avon.

From the 1920s on, the city’s rugby sides have played there on numerous occasions and in 2014 an extensive redevelopment – that included shifting the pitch five metres to allow for the Dolman Stand to be expanded – facilitated a ground-share with the Bristol Bears.

Its present capacity more than holds it own in the second tier and as well as being a home to the Robins and Bears, this attractive and compact stadium also holds pop concerts each summer.

Those who have performed there amounts to a who’s who of musical legends ranging from the Stones to Neil Diamond.

In 2012, Norwich commissioned a study to determine the cost of expanding Carrow Road, their home since 1935, and when the final figures came through it was decided that the club would hold off until they became a permanent Premier League fixture.

Of course, no such work has commenced because Norwich has been anything but a permanent resident at the top, yo-yoing between the divisions three times apiece since.

Their topsy-turvy fortunes has not only impacted on improvements to infrastructure. The average Championship salary is far below that of a Premier League player meaning the Canaries are continually relying on ‘parachute’ payments to meet wages that are inflated after each promotion.

Stoke have enjoyed decent success since moving to their purpose-built, state-of-the-art ground in 1997 though for the fans there were initial problems concerning poor access.

Anyone traveling there around the turn of the Millenium faced lengthy congestion going and returning.

That has now been resolved and furthermore the imposing stadium continues to go from strength to strength, with a £20m refurbishment getting underway this year. Seats are to be replaced and corporate boxes installed.

One aspect of the Britannia that will forever be untouched is its centre-circle, with club legend Sir Stanley Matthews’ ashes buried beneath.

The Blues moved to St Andrews in 1906 having recently changed their name from Small Heath to Birmingham. The ‘City’ came much later.

Ever since they have experienced promotions and endured disappointments, regrettably mostly the latter, though they did enjoy a purple patch post-war, reaching a FA Cup final and entering European competition.

Reflecting their recent financial plight, Birmingham no longer owns St Andrews but instead lease it from the club’s parent company for £1.25m a year.

Rovers finished eighth last term and with Tony Mowbray in charge a bright future beckons for the 1995 Premier League winners.

No doubt our prediction site will be tipping plenty of wins for the Blue and Whites in 2022/23 as they mount a promotion charge.

Let’s hope so anyway because Blackburn have been out of the limelight for too long, a likeable club whose ground is thoroughly modernised yet has managed to retain an old-fashioned feel that is always welcomed.

Expect the attendance at Ewood Park to be 31,367 in March when they host Burnley for the first time in seven years, it being one of the fiercest derbies around.

Considering that the CBS Arena – formerly the Ricoh Arena – is only 17 years old, it has already accrued one heck of a chequered past.

After moving from Highfield Road to better embrace the 21st century, the Sky Blues soon fell into the hands of unscrupulous owners who became embroiled in a bitter rent dispute.

It resulted in Coventry twice having to fulfil their home fixtures elsewhere, first at Northampton, then for two seasons at Birmingham’s St Andrews.

With the stadium now owned by Wasps rugby club, Coventry have a ten-year tenancy agreement to share it though their intention for the long-term is to start anew on the southern edge of the city.

According to the betting, the Blades are firmly in contention to return to the Premier League by this season’s end meaning we will once again see full houses on a weekly basis at this glorious old ground.

It is a ground steeped in history, originally hosting cricket matches way back in 1855, adding football to the bill soon-after. The first game held at Bramall Lane featured Sheffield FC and Hallam FC, two of the oldest clubs in existence.

These days, post-Taylor Report, the ground is all-seater and chic. The bricks and foundations though have generations of tales to tell.

Clearly, the Welsh national side loves playing in this tidy ground that feels smaller than it is, an observation intended as a compliment.

With fans close to the pitch and amidst a raucous, patriotic atmosphere, the Dragons have remarkably only lost once in their last 18 visits.

The stadium has been equally kind to its owners, with the Bluebirds twice experiencing promotion to the Premier League since moving from Ninian Park in 2009.

When it is sold-out, the intimidating noise and modern facilities is a great mash-up of old-fashioned values and new.

It’s now been five years since this expansive arena last saw top-flight football and sadly our Championship betting odds for 2022/23 suggest the wait may continue.

Which is a great shame because, given its facilities and size, this is a place made for elite fare. Indeed, in 2015, the club committed to spending £5m on further improving a stadium that is only 27 years old.

More so, it was getting quite used to hosting brilliant players at the top of their game until Boro’s decline set in, with memories of Juninho and Ravanelli still fresh and colourful.

The Riverside has also entertained England in recent years with a qualifier against Slovakia in 2003 the Riverside’s record attendance.

Sunderland’s impressive and modern ground is a far cry from Roker Park, the club’s former residence that used to invite in icy winds from the North Sea. Still, the old place is missed.

Perhaps not so much on chilly afternoons however, and this winter the Mackems will be warmed up by Championship football after four seasons languishing in the third-tier. It is the very least this wonderful construction deserves.

The same applies too for the fans, who have attended in large numbers throughout their side’s sustained stint in the lower leagues. The Stadium of Light will be absolutely rocking this season.