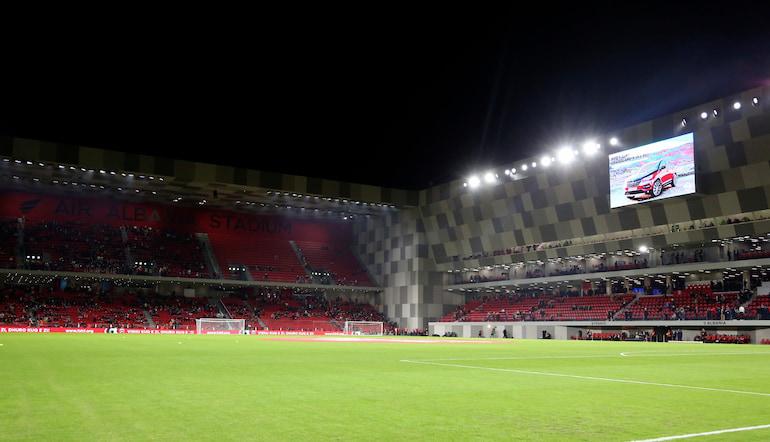 10 points off the pace in the Danish Superliga, Silkeborg head into this Conference League fixture knowing that three points will be enough to reach the knockout stages.

The hosts ran out 5-0 winners over FCSB in their most recent European home fixture and it would take a brave man to back against them – even against a side like Anderlecht.

Historically, Anderlecht are a much bigger club and the visitors will be hoping to bring their best form to the table on Thursday evening.

While the hosts slumped to a disappointing defeat in the league at the weekend, I’m quietly confident of their chances here. Take the 27/20 in football betting odds for a home win.

The hosts are a short sports betting price to claim three points in this contest and that would be enough to clinch a spot in the next round of the Europa Conference League.

Koln are currently third in the group but the Bundesliga side will leapfrog their opponents if they can secure a hugely important victory on Thursday night.

Nice have started to put a run of form together, losing just once in their last seven matches in all competitions. With that in mind, it would be foolish to write them off…

Goals could be the order of the day in this one. With so much at stake, both teams are likely to push for the win and that should make this an entertaining affair. I like over 3.5 goals.

What Is The UEFA Europa Conference League?

For several years now UEFA have desired a third European competition, one that gives clubs from lower-ranked countries a chance to genuinely compete instead of exiting the Champions League at the qualifying stage every July.

So it was that the UEFA Europa Conference League was formed, a rebranding on an initial intention to call it ‘Europa League 2’.

In early July the first qualifying games took place and next May in Tirana, Albania we will see the inaugural final held for this brand-new tournament.

While UEFA clearly got it right in changing their original name it perhaps helps to view it as a ‘Europa League 2’ to better understand how the competition works and what its mandate is.

That’s because simply put, the Conference League is essentially the Europa League’s little brother, one that mirrors its elder sibling’s format only with – by and large – less illustrious teams involved.

Just like the Europa League, the newly conceived continental competition has three qualifying rounds, a play-off round, group stage, preliminary knock-out round, and finally the last 16.

Also identical to the Europa League, ‘bigger’ clubs enter the fray along the way, having exited another competition.

Fixtures for both tournaments are scheduled for Thursday evenings, with kick-offs at 5.45pm and 8pm UK time. The all-important group stages commence on September 16th with the draw made on August 27th.

How Do You Qualify For The Europa Conference League?

Qualification for the tournament is split into two distinct paths – the Champions Path and Main Path, the latter made up of domestic cup winners and teams that finished high in their respective leagues.

The first qualifying round features only clubs that are eligible from the Main Path and typically these compete in ‘smaller’ national leagues such as Malta, Wales and Estonia.

The winners at this early juncture are then joined by sides who have been eliminated from the Champions League preliminary round along with a further 90 more teams who won their domestic cups last season or did well in their leagues.

Based on their UEFA country coefficients these leagues are ranked higher, in this instance let’s say the Norwegian Eliteserien or the Scottish Premiership.

This pattern continues right up to the post-group stage play-offs that sees eight clubs transferred from the Europa League having come third in their group.

The idea is to incrementally introduce better-known teams along the way, and this explains why the competition doesn’t begin for Tottenham, Roma, Union Berlin and Rennes until the play-off round prior to the group stage.

A cynic may suggest its to spare these big clubs the indignity of travelling to a far-flung country in early July but where the smaller clubs have an advantage is through sheer numbers.

All 56 members of UEFA are due to participate though that does depend on how Spanish teams fare in the Champions League and Europa League.

Who Will Play In The UEFA Conference League?

As stated, Spurs, Roma, Union Berlin and Rennes join the action later in the competition and they are undoubtedly the most eminent participants to this point. That is not to say however they are the only household names involved.

Anderlecht can hardly be deemed minnows and they enter at the third qualifying round via the Champions Path.

Crowned Belgian champions a record 34 times and managed by Vincent Kompany the Purple and White have a rich pedigree in European football.

Also at this stage, Rubin Kazan, Trabzonspor and Vitesse enter with each evoking recent memories of continental excellence while the round prior beckons in a veritable who’s who of fine European names that includes Feyenoord, Hajduk Split, Maccabi Haifi, AEK Athens, and Molde.

The Scottish contingent also join in the second qualifying round and on this occasion that is Hibs and Aberdeen who each enjoyed impressive campaigns north of the border last term, trailing only behind the Glasgow duopoly.

Lastly praise is deserving of The New Saints from the Cymru Premier who have progressed so far to the third qualifying round.

This is a competition and structure designed exactly for such wonderful stories to develop and the Oswestry club, whose ground holds just 2000 spectators, are now just a couple of games away from competing in the group stage against a European giant or two.

When Does The Europa Conference League Begin?

The inaugural UEFA Europa Conference League will consist of 141 matches played across 15 game-weeks and featuring sides from 56 countries.

It is, it’s fair to say, a mammoth undertaking and for any successful team participating in the early rounds, will amount to a considerable journey.

It is a journey that began on July 6th for the first phase of qualifying and by August 26th the field will be whittled down to the 32 competing in the eight groups of four.

For one of these, glory ultimately awaits.

There is always an inherent danger in backing the biggest teams in competitions that won’t be very high on their priority list.

A prime example of this concerns Tottenham who should be fancied to reach the group stage and beyond even if memories are still acute of their two-legged Europa League loss to Dinamo Zagreb last season.

This is a different Spurs however, with Nuno Espirito Santo at the helm so perhaps it is a tournament they will take seriously, offering up, as it does, the prospect of silverware and thus ending a trophy drought that has persisted for 13 years.

Even so, will Santo deploy his strongest eleven once the fixtures begin to pile up? Or will youth fare feature as thoughts turn to a top four finish in the Premier League or winning a domestic cup?

The same thinking applies to Roma, coached of course by the man responsible for Tottenham’s surprise European exit last season.

Jose Mourinho is known for respecting every competition but in what is expected to be an open title race in Serie A might that take precedence over a newly created tournament that lacks lustre by comparison?

In the preliminary knockout round prior to the last 16, eight teams who finished third in their Europa League group are parachuted in. This could be a Leicester or a Bayer Leverkusen; a Marseilles or Real Betis.

The eventual winner of this year’s opening Conference League could well be a latecomer to the party.