Patrick Vieira led the Eagles to a solid finish last season but how will Crystal Palace fare this time around? 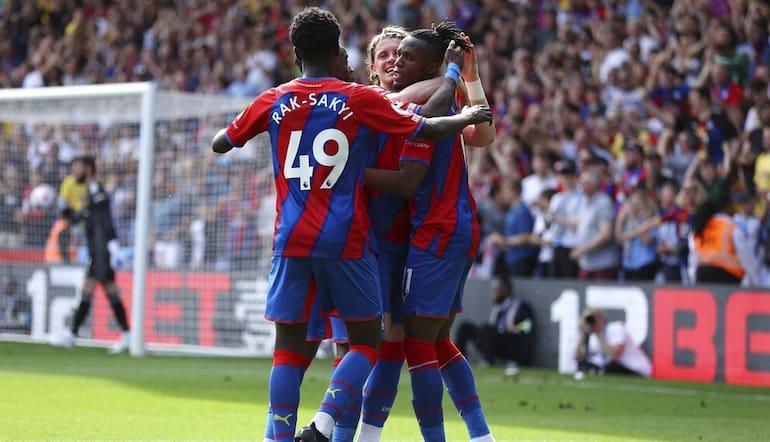 A strong end to the 2021-22 campaign saw Crystal Palace finish 12th in Patrick Vieira’s first season in charge. The Eagles were one of the better teams to watch last term, and that trend is expected to continue in 2022-23.

Palace don’t have a favourite in Premier League top scorer odds, but the final third is loaded with scintillating talents, led by the talismanic Wilfried Zaha.

Consistency was an issue at times. For all the disappointing weekends, Palace produced marquee moments in 2021-22, including wins over Manchester City, Manchester United, Tottenham and Arsenal.

They repeatedly proved they aren’t a team to be overlooked when it comes to live betting.

Cheick Doucoure arrived from Lens for just under £20 million. The 22-year-old midfielder brings a bit of everything to a Palace midfield which needed an injection of youth after seeing Conor Gallagher return to Chelsea.

Doucoure was well above average in his tackles and interceptions last term, but his real standout contribution was as a ball progressor, ranking in the 93rd percentile at his position in progressive carries and progressive passes per 90.

Proud to be an Eagle 🦅🔴🔵🤝@CPFC pic.twitter.com/0SPs6ldEJP

What was an elderly Palace squad just 12 months ago has experienced something of an overhaul, and Doucoure is just the latest step in that revolution.

Sam Johnstone has arrived on a free transfer, as has teenage winger Malcolm Ebiowei from Derby. The Eagles could yet make another deal with Chelsea for defender Levi Colwill, while there’s rumoured interest in Morgan Gibbs-White.

Zaha remains one of the best dribblers in Europe.

He’s symbolic of the freedom in Palace’s attack, which is evident in the play of Michael Olise and Eberechi Eze – Palace were fourth in dribbles per game last season and drew the second-most fouls of any team. 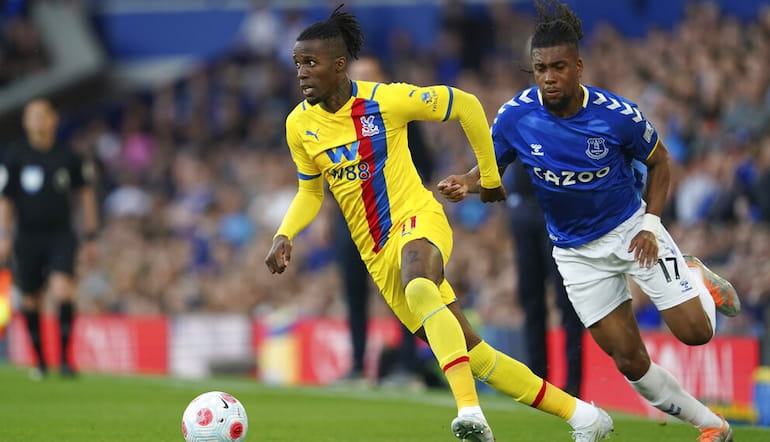 Doucoure will drive through the middle third of the pitch, bringing another player who is unafraid to run at the opposition. If they did pull off a deal for Gibbs-White, that would be another willing ball carrier.

The Palace attack is a unique challenge for opponents, and can quickly put defenders on the back foot.

How Can Palace Improve?

The remainder of the transfer market is obviously an opportunity for Palace to improve the squad at Vieira’s disposal.

Much of their progression from last season to this, though, is about player development from their younger talents like Marc Guehi, Tyrick Mitchell and Olise. A fully fit Eze changes the ceiling of this team, too.

Advanced metrics loved Palace last season, placing them sixth in expected goal difference with only the top four teams ahead of them.

This has to be a factor to consider when weighing up Palace’s Premier League predictions in 2022-23.

Much of that impressive xG return was down to their defence. On paper, this attack should be one of the best outside the top six, particularly if Doucoure can settle in quickly.

Palace are trending in the right direction under Vieira. Several Eagles players are going to be among the best preseason FPL tips, and there’s a solid foundation from last season.

Inconsistency is probably a continued issue such is the age of the squad and variability in their attacking performances. Expect some thrilling fixtures against the top teams, but there will be surprise losses mixed in, too.

We can’t quite envisage a push for a European place, but the Eagles should be a top half team.