Steve Mullington On Why You MUST Visit Paris Longchamp 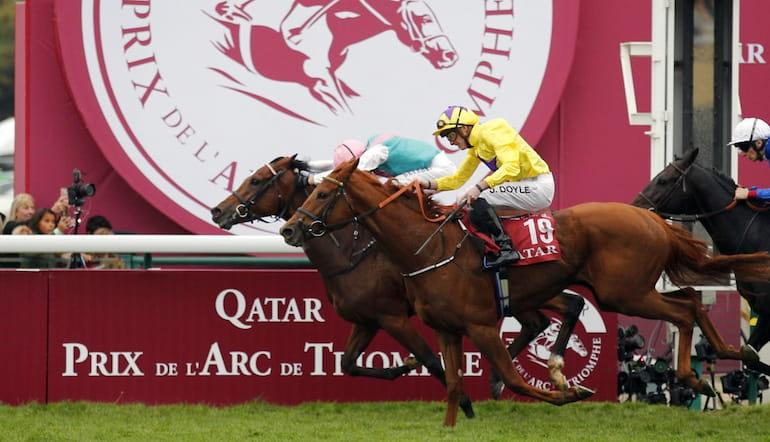 Entirely transformed and the old grandstands demolished, the new ParisLongchamp is a place to revel, whether you’re a fan of horseracing, gastronomy or music – the venue has something for all.

The racecourse hosts approximately 34 race days per season, from April through to October, culminating with the famous Prix de l'Arc de Triomphe fixture on the first weekend of October.

From The Old To The New

Designed by architect Dominique Perrault, the new look ParisLongchamp was open to the public once again in 2018, after a hiatus of two years.

The gigantic white facades of the main grandstand had become dated and were crumbling away, so a massive rebuild was a thing of necessity for the future of Longchamp Racecourse.

The historic venue nestled in the heart of the Bois de Boulogne decided to break with tradition and make it a racecourse that could open up its grounds to the general public, not only for horseracing, but for open air concerts and food in the many restaurants.

It certainly looks the part when you view the site for the very first time.

"Jeuxdi by Longchamp" has been a fantastic hit with young Parisians who like to be seen out and about and posting their fun times on their social media apps such as Instagram etc.

The twilight races on Thursday evenings coupled with a festive and musical atmosphere have had the patrons coming back to ParisLongchamp over and over. It’s amazing what you can achieve with a relaxed ambience and a top DJ.

France Galop market the Jeuxdi events on their ticketing site in the following way: "An original concept that offers the fun and relaxation of a hip Parisian night out and the adrenaline rush of horse racing as night falls.

"Fun after-work parties and a relaxed vibe to enjoy with friends, all in a superb setting complete with a food garden, live music and the chance to be at one with nature."

The Prix de l'Arc de Triomphe weekend is something to really savour. Once you’ve experienced the thrill of it you’ll most probably want to keep going back.

Plenty of locals attend but it ultimately the thousands of racegoers from Britain and Ireland that lift the occasion and make the meeting one of the most exciting events in the annual Flat racing calendar.

For those who love their racing, elegant, modern, chic ParisLongchamp is a bucket list must.

If however the Jumps season is more your thing, then please check out our latest Grand National betting.