Aaron Ramsdale Net Worth - How Much Is The Arsenal Keeper Worth?

Arsenal goalkeeper Aaron Ramsdale is earning a lucrative salary but how much is his estimated wealth? Find out Aaron Ramsdale net worth figures here! 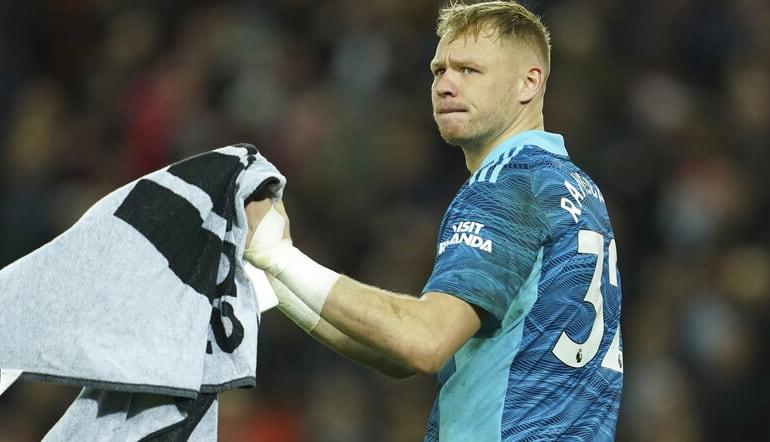 As Aaron Ramsdale’s career goes from strength to strength, his salary is sure to improve to reflect his development.

From humble beginnings as a youngster, one who played many of his games outside the Premier League, he can now demand the rewards of an established top-flight footballer.

His first big windfall came courtesy of his opening contract with Sheffield United in August 2020 that netted him £2.1m per year.

The following year, Arsenal paid £24 million for his services, though the club released no details of the contract Ramsdale signed when joining the club.

But while it is difficult to say what he now earns, it is certain that he will have been able to negotiate a substantially higher salary than the £40,000 per week accrued at his previous club.

With a four-year contract that comes with the option of a fifth year, he is well set to increase his pay as his career progresses.

It is hard to pin down the precise wealth of a player who has much of his career ahead of him, and who rarely courts publicity. Nevertheless, it is estimated Ramsdale has a net worth of £9 million and rising.

While many Arsenal fans were sceptical about the shot-stopper when he arrived at the club, a superb start to his time at the club has seen his stock rise significantly, as he seeks to establish himself as one of the great Arsenal goalkeepers.

While he will not be on huge wages compared to some of his peers, a continuation of his current form will surely see his wealth increase. In addition, sponsors will be keen for him to push their products.

We only need look to fellow English goalkeeper Jordan Pickford to realise the potential earnings for Ramsdale. Jordan is four years older than Aaron and is reported to have a net worth in excess of £25 million.

With Ramsdale already rivalling Pickford for his England spot between the posts, and having quickly usurped Bernd Leno as Arsenal’s first-choice keeper, often topping the Arsenal player ratings for matches, he can expect to see his net worth reach similar levels within a few years.

Ramsdale played for Bolton’s youth team before being snapped up by Sheffield United, signing a scholarship deal in 2014 at the tender age of 16.

Before he could make a lasting impression however, he was sold to Bournemouth in 2017, in a deal worth close to £1 million whereupon he was sent out on loan to Chesterfield and AFC Wimbledon across the following two seasons, before establishing himself as the Cherries’ first-choice keeper. 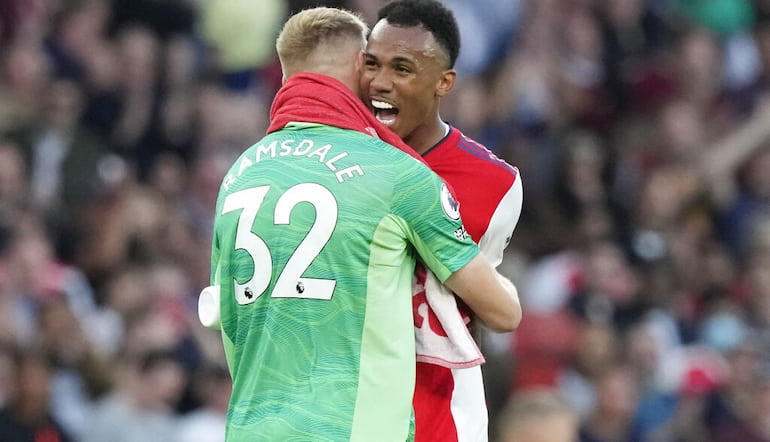 His performances caught the attention of his old club Sheffield United, and in August 2020 he signed for them in an £18.5 million deal, the Blades’ third highest ever transfer fee.

He only stayed at the club for a single season though, because after being named as the team’s Player of the Year during United’s relegation campaign, he caught the attention of a few big clubs.

The result was a move to Arsenal in the summer of 2021, for a fee that could be worth up to £30 million. Having cemented his place in the team, football odds lean firmly towards him having a long and successful time at the club.

Aaron was born on May 14th, 1998, in Staffordshire, England to parents Caroline and Nick. They have two other sons, Edward and Oliver, and Aaron is the youngest of the three siblings.

Oliver is a professional actor and Edward a jail officer, and his social media posts show how proud he is of his brother’s success.

His grandfather was an amateur goalkeeper, but his lack of success resulted in him warning Aaron not to follow in his footsteps and get a “proper job” instead.

Thankfully Aaron’s parents were more supportive and have made numerous sacrifices to help him succeed.

It seems that sporting genes run in the family. His father Nick was a 400m hurdler, competing for Great Britain, while his mother was once a talented netball player.

Nick is now part of his son’s management team, helping him secure a lucrative move to the Gunners, and regularly assists his son with training.

Aaron has commented in the past how lucky he is to have Nick as a father, and it seems the 23-year-old has a wonderful support network behind him, determined to see him succeed.

Many Premier League predictions suggest their support will help him rise right to the top.

Aaron has over 400,000 followers on his Instagram account (@aaronramsdale). It is clear from his social media accounts that he is a very private individual, giving few details about his personal life.

Instead, Ramsdale’s output concentrates almost exclusively on his career, full of action shots that help provide a visual guide to his development for club and country. 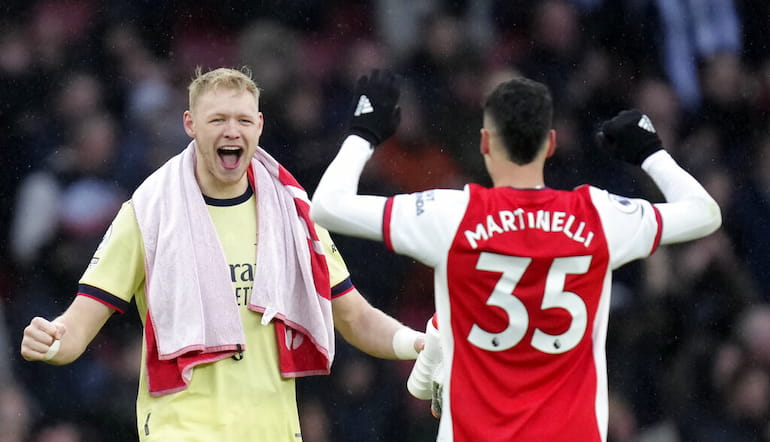 He has also used his account to support social causes and highlight selected charities, with just the occasional glimmer into his life off the field.

What stands out from many of his posts is the smile on his face, and his clear love for football. With a move to such a big club in the bag, it will be interesting to see him chronicle the latest chapter in his life.

Aaron Ramsdale is sure to soon surpass 150,000 followers on his Twitter account (@AaronRamsdale98) as his career and popularity continues to grow, with many into Premier League betting expecting his club form to result in him becoming England’s top keeper at some point.

While much of his activity on the account mirrors that of his Instagram feed, followers also get to experience more video content on Twitter. We see post-match reactions and learn a bit more about the man behind the gloves.

Much of his recent posts have revolved around England, and his pride at breaking into the team, as shown by his pinned tweet from when he was first named in the provisional squad, a huge moment in anyone’s career.

Away from what happens on the pitch, it is apparent – and endearing - that he keeps a close eye on all his former clubs, and often offers support for fellow professionals dealing with difficult situations.