Where Did All Leeds Aren't We Come From?

You'll have heard the All Leeds Aren't We chant over the years but where does it come from? 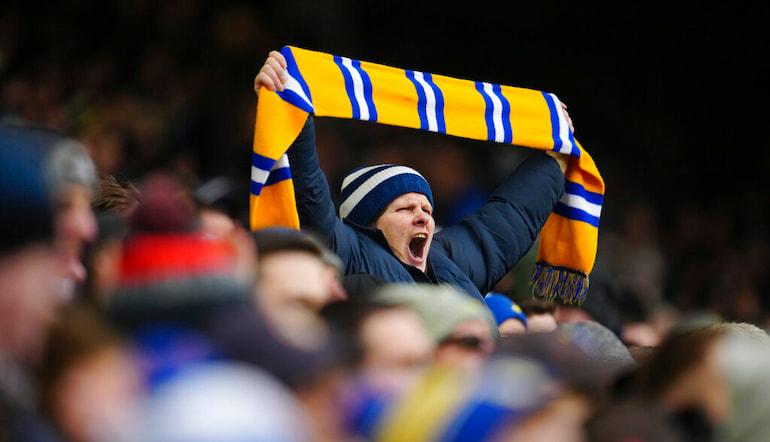 For several generations Elland Road has been a passionate hot-bed of support, known for housing one of the loudest and most ferocious fan-bases in the country.

Though Leeds may be struggling at present in the Premier League, when things are going well, and the team is winning, there really is no place like it.

Prior to every home game, the club’s anthem, Marching On Together, belts out through the Tannoy system and this prompts the 37,000-strong to stand and sing along.

This ritual is then repeated ahead of the second half, again eliciting goosebumps for the uninitiated.

And in between these rites of passage, another song is invariably heard. It’s one that has the simplest of sentiments. It’s a chant that anyone unfamiliar to it can pick up in mere seconds. Yet, as we’ll discover, it is a chant with a complicated back-story.

All Leeds aren’t we. That’s the sum total of its lyrics, chanted over and over until it dies away, and you may think that such words will be bellowed with gusto, its unifying message used to help the team overcome the betting odds and inspire them to victory.

In fact, this straightforward chant, that essentially claims that everyone present shares the same one love, is not very unifying at all.

A trawl through the forums reveals that ‘All Leeds aren’t we’ is not a particularly popular song, splitting the fan-base three ways, with some buying into its theme of togetherness.

Others however distance themselves from it, disliking the song for reasons we will shortly get to. Others still are apathetic, bemused at how it took off in the first place.

And how it took off explains precisely why the chant is so divisive.

The origins of a terrace chant is a very important consideration for fans. It’s as important as the words themselves.

Should it emerge organically from a cold Wednesday evening in the Barnsley away end, there is an ownership of that song that makes it cherished.

Whereas with ‘All Leeds aren’t we’, it did not materialise off-the-cuff courtesy of a Leeds United supporter. Rather, it already existed, sung with regularity and bellowed with gusto down the road at Hillsborough, home of Sheffield Wednesday.

‘All Wednesday aren’t we’. That’s the original version and understandably some Leeds fans took – and take – great exception to a rehashed take being heard at Elland Road.

The atmosphere at Elland Road 💥 pic.twitter.com/eglG0XrUlB

After all, it’s not as if this infamously loud and ferocious fan-base possesses a slender songbook. Why steal one from a rival?

But steal one they did and a little under a decade ago the song gained prominence, at times sung by large swathes across the Don Revie North Stand.

Soon after, the club noticed this with the words subsequently being used as a corporate strapline for a promotional campaign for ticket sales.

This really should have proven to be its death knell but it wasn’t. To the bemusement of the apathetic it persists.

Leeds’ Premier League odds are widening by the week and with relegation a real threat no doubt the fans will be relied on to provide atmosphere, to inspire through song.

One that won’t be in much evidence however is one that – on paper at least – should. A song about unity that only divides.