The 10 Best Sports Documentaries On Netflix, Amazon Prime And YouTube 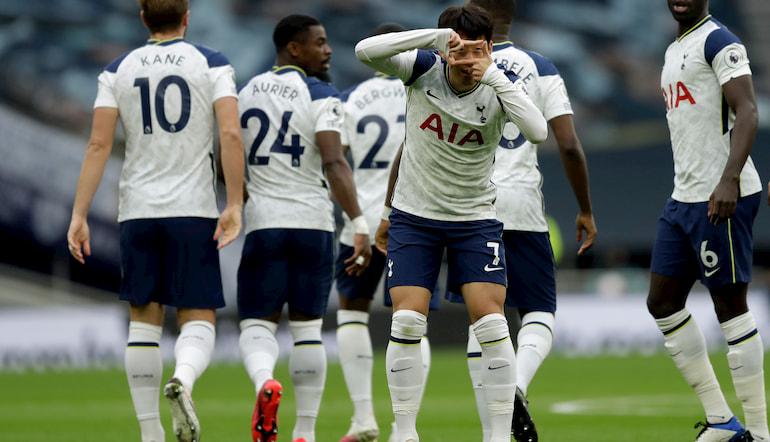 Technology has allowed broadcasters to produce some of the greatest sports films in recent times but the documentary is now arguably the most popular form of media.

With some of the best sports documentaries now widely available on Netflix, Amazon Prime and YouTube, there is ample choice for sports fans to get stuck into.

There are a number of excellent sports movies that miss the cut here. The All Or Nothing: New Zealand All Blacks film is sensational while The Test makes for intriguing viewing.

As one of the most successful British tennis players ever, Murray has had a fantastic career but it hasn’t always been plain sailing. In Andy Murray: Resurfacing, we see Murray during the toughest and dark years of his playing career.

This is a journey into the Scotsman’s belief and ability to come back from the brink of early retirement. Murray has never been one to play up to the media but this shows the Scot at his most vulnerable – it is a very interesting film.

Murray admits that the movie shows him at his lowest but believes his story can help inspire viewers to never stop working on yourself. The comeback hero vibe is prevalent throughout and an insight into Murray’s life helps to shine more light on his personality.

Brought to Netflix by the creator of Downton Abbey, The English Game is a period drama that will appeal to the masses. While class and social etiquette are at the forefront of this sports documentary, the game of football is the bread and butter of the film.

The English Game follows the story of two real-life figures who were instrumental in the early years of the game. In addition, it covers the Cotton Mill riots and football’s shift from the Old Etonians to the working classes across the country.

First aired on Netflix in March 2020, The English Game ranks as one of the greatest sports documentaries of the year. It won’t be to everyone’s taste but it certainly helps to provide an insight into the early days of football.

One of Spain’s most successful sports athletes of all-time, Fernando Alonso is a Formula One world champion and this movie examines his life on and off the racetrack. With highs and lows throughout, Fernando takes you on an emotional journey.

Alonso is known for his raw passion and love for motorsport and his determination to be the best is clear for all to see in Fernando. However, things don’t always go his way as we see in the build up to the Indianapolis 500 and the Le Mans 24 Hours.

With unprecedented access to Alonso’s private life, viewers are treated to exclusive footage of the Spaniard’s manager, sister, partner and colleagues while also showing his life away from Formula 1 and motorsport.

Reporters from The Indianapolis Star investigate claims of abuse at USA Gymnastics in this shocking sports documentary – Athlete A ticks the boxes for heartbreak and anger but also for inspiration and bravery.

The film explains the cruel culture that thrived at the highest level of gymnastics, with a number of first hand accounts from athletes who refused to stay quiet. Athlete A is another way for those athletes to make their voice heard.

Two years after filming, an Olympic doctor is behind bars, the US Congress is investigating the case in a bid for answers and there are hundreds of brave survivors speaking out. In terms of emotion, Athlete A is probably the top sports documentary out there.

All Or Nothing: Tottenham Hotspur

Up there with The Last Dance in terms of the biggest 2020 sports documentaries, All or Nothing: Tottenham Hotspur offers viewers a rare behind the scenes look into the running of a Premier League football club.

While the likes of Sunderland, Leeds United and Manchester City have also ventured into the football documentary market, the Tottenham documentary has the added drama of Jose Mourinho – one of the most iconic football managers in the world.

Various memes have been created in the aftermath of the Spurs documentary, with the likes of Danny Rose, Harry Kane and Mourinho himself taking centre stage. Football fans, this is the best sports documentary of 2020 and should be top of your watch list.

Widely regarded as one of the greatest sports documentaries ever made, The Last Dance is a must watch for any sport fan. You don’t need to be a huge NBA fan to immerse yourself in the incredible life and career of Michael Jordan.

Undoubtedly the greatest player in NBA history, The Last Dance has you instantly hooked and leaves no stone unturned. The interviews with Jordan’s mother and his former teammates are eye-opening while even Justin Timberlake gets in on the act.

When you are talking about the best sports documentaries 2020, The Last Dance is up there at the head of the discussion. After all, who wouldn’t want to watch a Michael Jordan documentary with a courtside seat into his NBA career?

One of Amazon Prime’s best sports documentaries, Senna is an incredible tribute to one of the greatest Formula One drivers of all-time. It is the ideal documentary for giving F1 fans an insight into Senna’s brilliance at the steering wheel.

The film was an instant hit, receiving enormous critical acclaim after its release and it is now widely regarded as one of the top sport documentaries around. Rather than focusing too much on posthumous material, Senna fashions his story as a live action drama.

Constructed intricately yet effectively, Senna makes for compelling viewing – whether you are an older Formula One follower or new to the sport. Either way, this is a genuine must watch sports documentary.

Killer Inside: The Mind Of Aaron Hernandez

Another Netflix sports documentary thriller, Aaron Hernandez’s story is known around the world. Sport fans know him as the former New England Patriots tight end who was found guilty of the murder of Odin Lloyd.

From the Lloyd conviction to a deep venture into his younger life, this NFL documentary is one of the best at giving a comprehensive look into a player’s experience – both on and off the football field. It is a difficult but fascinating watch.

While the main focus is of course on Hernandez’s trial and an acquittal in another murder case, the posthumous discovery that he suffered from chronic traumatic encephalopathy fuels a feeling of sympathy for the Patriots star.

Sunderland ‘Til I Die

Sunderland ‘Til I Die is brilliant at capturing the emotions of a club in a difficult position, with anger, joy and heartache telling the story of every Sunderland fan in the country. From the Premier League to League One, it makes for thrilling viewing.

Sunderland’s relegation, financial troubles and player dissent were put out to the entire football world – making this one of the bravest sports documentaries of the year. If it’s the full football experience you’re looking for, Sunderland ‘Til I Die is the documentary for you.

One of the best sports documentaries on Netflix, this is a great watch for Formula 1 fans around the world. With a comprehensive look into the F1 world, Formula One: Drive to Survive gives viewers a clear insight into elite motorsport.

Whether you’re a F1 aficionado or a motorsport newbie, Formula One: Drive to Survive will enhance your knowledge and perception of the sport. It is a ‘dog eat dog’ world and drivers are often pitted against each other by team bosses.

With a range of characters from the Formula 1 world, this F1 sports documentary has something for everyone. Without a shadow of a doubt, Formula One: Drive to Survive is a must watch for any motorsport fan.