The Five Most Famous British Greyhounds Of All-Time

Who are the fastest greyhounds of all-time? We look at five famous UK greyhounds... 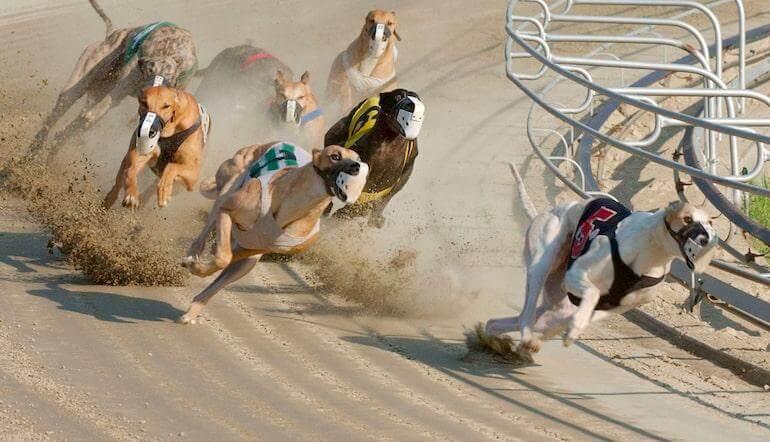 Greyhound racing has gained lots of new followers in recent times but older fans will recall legends of yesteryear.

Mick the Miller is probably the most famous greyhound to grace the track, his achievements changed the perception of the sport around the world.

But what about greyhounds racing in the United Kingdom? Well, there have been plenty of those over the years but which dogs rank as the most famous and fastest greyhounds in British racing history?

Here are our top five UK greyhounds of all-time - many of which feature among the fastest greyhounds in racing history.

Winner of the inaugural Greyhound Derby at White City, Entry Badge was expected to shine due to his strong breeding line.

Known for his blistering speed out of the traps, Entry Badge rivalled Mick the Miller’s intelligence when it came to grabbing the rail and avoiding trouble in-running.

He won the Derby in an impressive time but what is perhaps most impressive of all is that he won from trap five. Greyhounds betting fans had to wait until 1953 before a dog claimed victory from the same trap.

Entry Badge enjoyed a prolific two-year career, losing just once in 12 runs. He was the odds-on favourite in every single race and often demolished his rivals, winning by three lengths or more.

Without a doubt, he is remembered as the United Kingdom’s first great champion track racing greyhound.

Winning a Derby is an astonishing achievement for any greyhound but to win three in the same calendar year is on another level. He was the fastest greyhound of his time and deserves a spot as one of the most famous greyhounds ever.

In 1972, Patricia’s Hope cemented his place in the Hall of Fame by doing just that, claiming victory in the English, Welsh and Scottish Derbies. An incredible feat to say the least…

His triumph in the British Derby was perhaps most impressive of all. Patricia’s Hope got the better of Super Rory in what was a huge year for one of the UK’s finest greyhounds.

After a short spell at stud, Patricia’s Hope returned for the 1973 English Derby. He emulated Mick the Miller’s tally of two English Derbies in a breath-taking race.

To this day, no other greyhound has completed the ‘impossible’ double. Patricia’s Hope is an icon and deserves to go down as one of the greatest greyhounds ever.

Ballyregan Bob is an iconic name in the greyhounds racing industry. He won 32 races in a row between 1985 and 1986 before his retirement from the track – one of the best records in the sport.

He lost just six times in his 48-race career and broke record times at a number of leading UK greyhounds venues, including the Hackney Stadium.

One of the highlights of his career was his comeback win in the St Leger semi-finals. In-play greyhounds odds would have been against him after first bend trouble but he found a new lease of life late on to nick the victory.

Injuries started to affect his performances after that though and lameness was a regular issue later in his career. He was eventually retired after a remarkable career.

He was a legitimate once-in-a-lifetime talent and he helped enhance the reputation of the sport at a dark time for greyhounds racing.

Without a doubt, he is a greyhounds betting legend and he is one of the quickest greyhounds in the sport.

You’ve got to be a special greyhound to retain the English Derby title and Rapid Ranger was certainly special. He became only the third greyhound in history to win back-to-back editions of the race…

He didn’t have everything his own way though, overcoming a slow start to his racing career to become one of the best in the business. However, he regularly competed in Greyhound Derby events after breaking through.

His greatest performance came in the English Derby final, storming out of the traps to lead from start to finish. That success meant he emulated the great Mick the Miller and Patricia’s Hope as dual Derby winners.

Rapid Ranger was retired but connections decided to bring him back for the 2002 Derby.

He cruised to victory in his first-round race and greyhounds fans were dreaming of a famous triumph but defeat a couple of rounds later would be his final track appearance.

Probably the fastest greyhound to race in the modern era, Westmead Hawk is in the same bracket as Mick the Miller and Ballyregan Bob. Many believe he is the most exciting dog to grace the track…

In 2006, he became only the fourth back-to-back winner of the Greyhound Derby but it was his unique style that separated Westmead Hawk from his peers. Coming from first to last is a tough task but he made it look very easy indeed.

He was greyhound racing’s biggest star – Westmead Hawk put on a show for millions of fans around the world.

Injury denied him a chance to win a third successive Derby but that wasn’t the end of his legacy as one of the quickest greyhounds of all-time.

Westmead Hawk was extremely successful at stud, producing a number of future champions. He was the leading star of his era on the track and he followed suit as a sire before he sadly lost his life in 2014.