How much is Andy Murray worth compared to his tennis betting rivals? Take a look at the latest Andy Murray net worth figures... 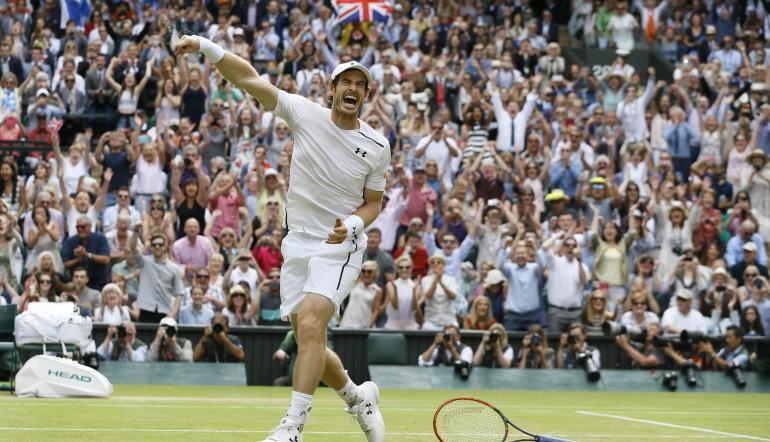 At the peak of his powers, Andy Murray was a legitimate challenger to Novak Djokovic, Rafael Nadal and Roger Federer in tennis betting.

Murray’s career has been derailed by injuries, but he will forever be a significant player in the history of British tennis.

How Much Is Andy Murray Worth?

No longer a factor in sports odds for Grand Slam victories, Murray has attempted comebacks after severe injury problems. While more Wimbledon glory may be out of reach, it’s unlikely we’ve seen the last of Murray on a court.

Sports fans worldwide are invested in Murray’s career even if his peak years are behind him. Here’s everything you need to know about the multi-time Grand Slam winner, including his net worth, injury news and social media details.

Andy Murray’s net worth is around $165 million according to Essentially Sports. Murray’s career earnings are over $60 million – only Novak Djokovic, Roger Federer and Rafael Nadal have higher career earnings than Murray.

Murray has earned almost $20 million more on the court than Pete Sampras, one of the greatest players ever and owner of one of the fastest tennis serves.

Icons from previous eras cannot come close to Murray’s wealth. Andre Agassi, who retired in 2006, has barely half of Murray’s total career earnings.

Murray has evidently had plenty of income away from the court. Endorsements with Standard Life, Head and Jaguar will have sent plenty of pennies his way.

He also has a deal with Castore to wear their apparel on court and is one of Under Armour’s highest profile athletes, wearing their trainers in matches. Under Armour also work with Trent Alexander-Arnold, Steph Curry and Joel Embiid.

Andy Murray started dating Kim Sears in 2005. The couple got engaged in November 2014 and they got married in Dunblane the following spring.

Sears has followed Murray around the world – producers frequently focus on Murray’s family during his matches.

The couple now live in Surrey. They first met through Kim’s dad, Nigel. Nigel Sears was the head of the Women’s Tennis Association – Kim features prominently in the Amazon Prime documentary on Andy’s recovery from injury.

Andy Murray has one son and two daughters. Their third child, Teddy Murray, was born in November 2019. Murray and Kim Sears’ two daughters are called Sophia and Edie, who were born in 2016 and 2017 respectively.

Returning to competitive tennis in 2019, Murray spoke about his growing family.

He said, "I'll have three kids under four years old. When I've been off the tour my family has got bigger so I need to get back on the road so we don't get out of control!

"I'm excited for the third kid. My wife's been a huge support for getting me back on the court and making me fight to keep playing."

In October 2020, Andy Murray withdrew from an ATP event in Cologne with a long-running pelvic issue. Murray was out of tennis for a prolonged period with a hip injury, which brought his future in the sport into doubt.

Surgery enabled Murray to return to the court in a competitive capacity, but he continues to deal with injury issues. The months of rehabilitation were gruelling – the former Wimbledon champion shows no sign of quitting the sport just yet.

His hip issues, which Murray admitted had troubled him for years, prompted speculation about retirement. A hip resurfacing operation helped to get rid of the pain, and allowed Murray to make a comeback.

One doctor served as extra motivation for Murray on his return from injury. After Wimbledon in 2017, the doctor told him he won’t play professional sport again.

Reflecting on how that impacted him, Murray said, “That was kind of enough for me. And I was actually going to send him a bottle of wine to say thanks for the motivation once I had got back on the court competing again but I haven’t brought myself to do that yet.”

Despite facing career-threatening injuries, Andy Murray is back in singles action. ?

Murray himself was not even present, and only a select group of journalists were allowed to attend alongside some local schoolchildren.

Only three miles from Dunblane, Cromlix was host to numerous Murray family celebrations. His brother Jamie got married there. It closed out of the blue, and the tennis star was invited to buy the property.

Murray wasted no time. He said, "When I heard that Cromlix was for sale, I jumped at the opportunity.

"The local communities were incredibly sad when Cromlix closed and a lot of people lost their jobs, so it wasn't a hard decision for me to step in and help out."

Andy Murray’s documentary is called ‘Resurfacing’. It follows the gruesome details of his surgeries, of his injury setbacks and rehab from 2017 through to 2017.

The documentary is available on Amazon Prime. It gives a legitimate insight into Murray’s life and the physical and emotional struggles during his time away from the sport. IMBd gave the documentary eight out of 10.

Andy Murray has 1.7 million Instagram followers. He is approaching his 400th post on the platform – he has recently shared a tribute to Diego Maradona, a throwback photo with his brother and a photo of a tennis-playing snowman.

Although not as active as many others, Andy Murray is among the most followed tennis players on social media.