Who are the most successful British tennis players of all time? We look at the biggest tennis stars, from Andy Murray to Virginia Wade... 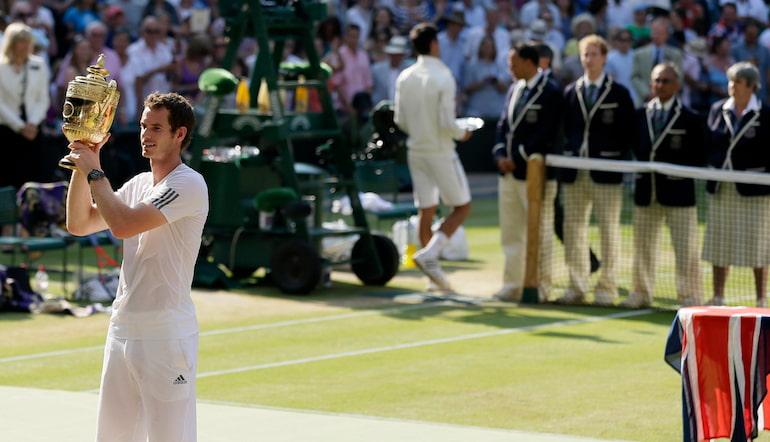 There has been some success over the last decade or so, but where other nations have a constant supply of elite talent, there are fewer top-tier players from Britain.

The days of Tim Henman generated much British betting excitement. For all the bluster, though, Henman was not a perennial Grand Slam contender, nor was he really among the sport’s best.

Virginia Wade and Sue Barker brought success in the women’s game. Since then, however, triumphs have been uncommon. Only a handful of British female players have made it into the top 30 in the world rankings.

The Open Era hasn’t been kind to British tennis players. The days of Fred Perry, Dorothea Chambers, and William Renshaw are confined to tennis history.

Many of the most successful British tennis players racked up Wimbledon titles decades ago, starring in the interwar years or earlier.

While Grand Slam titles are seldom won by Brits, there’s no downplaying the support any British player receives when they play in a home tournament.

British tennis fans are committed, passionate, and fiercely supportive, particularly after a day in the sun at Wimbledon.

Most Titles In Open Era:

Virginia Wade and Andy Murray are the most successful British tennis players in the Open Era by singles titles.

Murray’s tally of 46 singles titles is good for 14th on the all-time list, just behind Boris Becker and ahead of greats including Arthur Ashe and Stefan Edberg.

Wade’s tally of 55 is particularly impressive. It’s good for ninth ever, tied with Lindsay Davenport. Wade won more singles titles than Venus Williams and Monica Seles in a career which earned induction to the tennis Hall of Fame.

Murray and Wade are far and away the most successful in the Open Era. Just as no one has come close to matching Wade’s numbers since her retirement, British men’s tennis faces a similar challenge when Murray calls it a day.

He succeeded and surpassed Rusedski, becoming comprehensively the most successful British men’s player since Fred Perry.

Jamie Murray has 25 doubles titles, making him the most successful British doubles player in the Open Era.

Virginia Wade had a successful doubles partnership with Margaret Court, winning multiple Grand Slams, but it’s Murray who produced the most sustained success as a doubles player.

Murray won the 2016 Australian and US Opens in the men’s doubles. He’s got five mixed doubles Grand Slam triumphs to his name too, winning Wimbledon in 2007 and 2017 and doing a threepeat at the US Open between 2017 and 2019.

He also captured the 2015 Davis Cup as Great Britain defeated Belgium. Jamie Murray partnered with his brother to get the better of Steve Darcis and David Goffin in the final, after the pair saw off Lleyton Hewitt and Sam Groth in the semifinals.

Andy Murray net worth and injuries might have been popular topics in recent years as his career has been hit by setback upon setback, but his records remain impressive.

Only three active players, per the ATP website, have a better winning percentage than Murray.

He’s 10th all-time in the category, and unsurprisingly the best among British players by a distance. Men’s tennis’ big three are the arguably the three greatest players in the sport’s history.

Murray, for a few years at least, was a serious challenger to all three of them.

Virginia Wade won 839 singles matches. This is good for fifth all-time, having recently been overtaken by Serena Williams.

Wade won 71.8% of her singles matches. This ranks joint-twentieth, ahead of Amelie Mauresmo. No other British woman places in the top 100 in singles wins in the Open Era.

Tim Henman and Greg Rusedski place 55th and 73rd all-time in singles wins. Mark Cox, who had a career spanning the Amateur and Open Eras, was 88th in Open Era wins with over 400.

None came close to Murray’s winning percentage of 77%, however, with Henman owning the best mark of the trio at 64.4%.

They are the only three British tennis players to win a Grand Slam since the 1960s, with Greg Rusedski and John Lloyd being the only other two players to reach a final.

Murray ended a long drought for the Brits. He became the first Brit on the Wimbledon men’s winners list for the best part of a century when he won at the All England Club in 2013.

The year before he had been the first male British finalist since Fred Perry beat Gottfried von Cramm in 1936.

Wade won her three Grand Slams across three different venues. It was the US in 1968, followed by Melbourne glory four years later and celebrations at Wimbledon in 1977.

Barker’s 1976 win in France was the only Grand Slam final she appeared in. Only three other times in her career did she make it to the last four.

Once again, it’s Murray who is atop the pile. The Glasgow-born right-hander tied Wade’s Grand Slam tally, but was also runner-up at Grand Slams on six occasions. There were a couple of Olympic golds thrown in for good measure.

If you can't get enough of tennis, check out the odds over at 888sport.com