Argentina are fancied in World Cup betting odds ahead of Qatar 2022. Bet on the South American giants to win the WC 2022 at 888sport today! 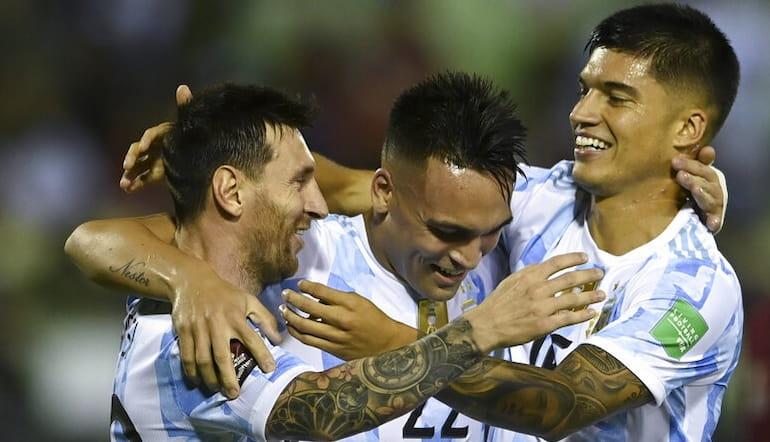 The 2021 Copa America was a huge turning point for Argentina as the nation ended a 28-year wait for a major trophy.

Lionel Messi clinched his first international trophy in the famous Argentinian colours and the entire country is hoping they can use that success as the springboard for Qatar 2022.

Argentina had to settle for second place at the 2014 World Cup but struggled four years ago in Russia, losing to France in the round of 16.

Can Argentina defy sports betting odds and lift the trophy in Qatar? Only time will tell…

At the time of publication, Argentina are priced at 9/1 to win the 2022 World Cup. To put that into perspective, there are just four countries who are a shorter price:

Lionel Scaloni is relatively inexperienced compared to some of his peers but he was the man who led Argentina to Copa America success in 2021.

Unbeaten in qualifying, Argentina had to settle for second place behind arch rivals Brazil but fans will take plenty of confidence from their positive results.

Argentina’s price shortened after the 2022 World Cup draw but there is little pressure, with expectations moderately low compared to the likes of Brazil, England and France.

Having booked their ticket to Qatar, Argentina will appear at a 13th successive World Cup and that in itself is an achievement – last failing to qualify for the tournament in 1970.

The draw for the WC 2022 in Qatar took place in April and Argentina fans will have been delighted with the outcome.

Having been placed in Pot 1, Argentina were guaranteed to avoid some of their main rivals but the draw turned out to be very favourable indeed. 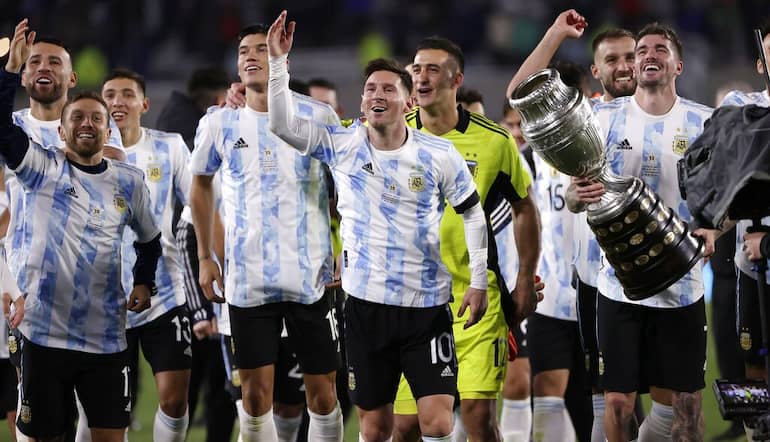 Drawn in Group C alongside Saudi Arabia, Mexico and Poland, Argentina are clear favourites to finish top and qualify as group winners.

As a result of the draw, Argentina odds for World Cup 2022 shortened considerably and you can now bet on the South American giants at 9/1 with 888sport.

Starting with back-to-back fixtures at Lusail before their final group stage match in Doha, here is Argentina’s WC 2022 schedule.

Now, we’ll tackle some of the odds and permutations depending on where Argentina finish in Group C at the 2022 World Cup in Qatar…

Should Lionel Messi and co top Group C, Argentina’s route to the WC 2022 final would be:

If Argentina QUALIFY from Group C

It gets a tad more complicated if Argentina fail to top Group C in Qatar, with La Albiceleste switching to the other side of the bracket.

The Argentina WC 2022 squad is expected to be announced in early October, around six weeks before the opening game of the tournament.

Lionel Scaloni will have a general idea of which players will be on the plane to Qatar and Argentina fans will be praying that no serious injuries hit the squad. 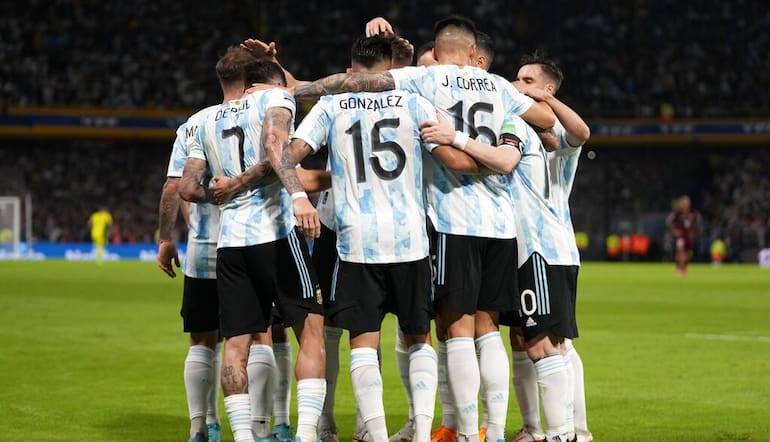 One of the early favourites in World Cup betting with 888sport, the 2021 Copa America winners have a strong pool of players to choose from.

Come back to find out the official Argentina World Cup 2022 squad later this year, with the final 23-man roster likely to be confirmed as we edge closer to Qatar.

Lionel Messi has been a leading figure for Argentina since making his international debut in 2005 but he has hinted that the 2022 World Cup might be his swansong.

Currently priced at 11/1 in World Cup predictions, Messi could end his international career with the coveted Golden Boot award in Qatar.

Messi has scored 81 goals in 160 appearances for Argentina, including six goals at the World Cup and La Albiceleste fans will be hoping he can add to that tally this winter.

While his goal scoring exploits have dropped off this season, Messi remains one of the best players on the planet and it would be foolish to back against him.

It is also worth considering a bet on Lautaro Martinez to finish as the tournament’s top goal scorer, with the Inter Milan forward thriving in Serie A this season.

With 21 goals in 34 appearances at club level, Martinez has been central to Inter’s success and he could be Argentina’s main man in attack at WC 2022.