Who will lift the Jules Rimet trophy this winter? Our experts make their World Cup 2022 predictions and picks throughout the competition 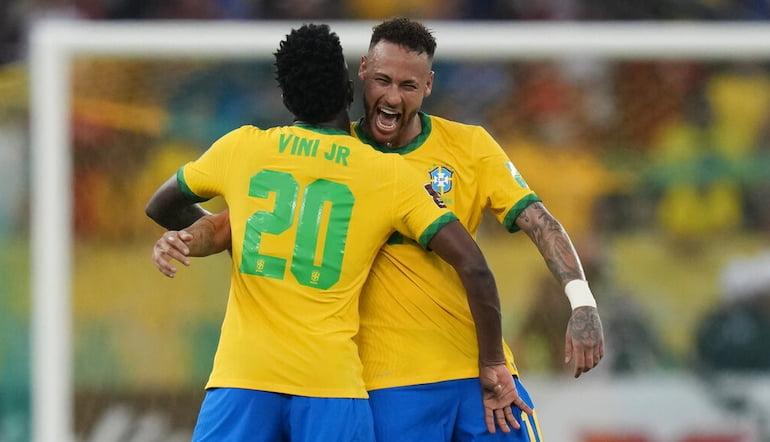 The Men’s World Cup is the biggest story in football betting odds this winter.

Deciding to host the tournament in Qatar was controversial, and it has meant a considerable rejigging of the calendar, but when November rolls around, the excitement for the World Cup will be as visible as ever.

Online betting tabs Brazil and reigning champions France as favourites. England, Germany, Spain and Argentina are four teams in the next group of contenders.

A popular World Cup odds pick after their AFCON triumph, Senegal head into the 2022 World Cup with a collection of top-end talent, led by Premier League stars Sadio Mane and Edouard Mendy.

The Netherlands are their main Group A rivals, with neither Qatar or Ecuador expected to cause many problems for the top two.

Louis Van Gaal has experience navigating major tournaments, but there have been some disappointing results for the Oranje over the last few years.

Winning the group is well within reach for the Lions of Teranga. Perhaps they can even stage an upset or two in the knockout rounds as well.

Croatia fail to make the knockouts

Matched up with Belgium, Canada and Morocco in the group stage, Croatia are favoured to make it into the last 16.

Luka Modric and co are not the side they were four years ago, though, and it isn’t an outlandish football prediction to pick them to play just three games at the 2022 World Cup.

Morocco aren’t the same threat without Hakim Ziyech, yet they still have experience and a decent squad. Canada are on the upswing, and their high-energy, young team could cause real problems for Croatia and/or Belgium.

Modric has shown he’s still a master in midfield, but this is an ageing team. They are far more likely to fall in the group stage than reach the last eight.

Back in international action and playing the best football of his life, it’s remarkable that Karim Benzema isn’t even the Golden Boot favourite on his own team.

The Real Madrid striker has scored 42 goals in 41 starts across La Liga and the Champions League this term. The partnership with Kylian Mbappe is the most dangerous in world football.

Benzema is one of the five best players in the world at the moment, and shows no signs of ageing.

Facing one of Australia, UAE or Peru in the group as well as Tunisia, Benzema could take an early lead in the Golden Boot race.

With the champions set for a deep run, he’s a good pick to take home the trophy that Harry Kane won four years ago.

Group G is the deepest at the 2022 World Cup. Brazil should progress as winners, but there will be fierce competition between Serbia, Switzerland and Cameroon for the second spot.

The Serbians stunned Portugal to qualify automatically, and they have a squad which strikes that happy medium between experience and peak-aged core players.

Positive results against Switzerland and Cameroon will be enough to reach the World Cup knockouts for the first time since 1998.

Matched up with Group E, Belgium will almost certainly be facing Spain or Germany in the second round.

That’s a rough draw for Kevin De Bruyne and co, who have a catalogue of questions to answer before the tournament gets underway in November.

With a defence that is impossible to trust and uncertainty over Romelu Lukaku’s form, Belgium are unlikely to get past a well-drilled Spain side or a talented Germany. A last 16 exit awaits.

England have kept clean sheets in 13 of their last 18 matches. Gareth Southgate’s approach to tournament football is well-known.

The Three Lions will prioritise limiting opposition chances, even if Southgate is criticised for the style of play.

Facing Iran, the USA and one of Scotland, Wales and Ukraine, England should win all three group matches comfortably. It might not be thrilling, but three wins to nil is a likely, efficient outcome.

Not only can Lionel Messi dominate Mexico, Saudi Arabia and Poland in the group stage. He’s got a potentially favourable draw into the knockout rounds as well, providing Argentina take of business and win Group C.

Messi has come in for criticism for some of his PSG performances. He’s not quite as explosive, but when the moment demands, he’s still got every ounce of magic he had a few years ago.

Watch for Messi to put his nation on his back once again and pick up a second World Cup Golden Ball.

There should be no question about Jude Bellingham’s place in England’s best XI.

The Borussia Dortmund man is unlikely to move clubs this summer, but his ability should earn a spot alongside Declan Rice despite Gareth Southgate’s hesitancy to pick players from abroad.

England are once again looking at a deep tournament run. Bellingham is one of the best young players on the planet.

Rivals for Best Young Player are dealing with injuries or face greater competition for minutes – Bellingham can follow in Kylian Mbappe’s footsteps and win the award.

With over 130 caps to his name and a World Cup winners’ medal, Hugo Lloris will not be fazed by tournament football.

Occasionally susceptible to errors, Lloris is still an elite goalkeeper and has the ability to pull off mind-bending saves.

Just as Karim Benzema’s Golden Boot chances are enhanced by the likelihood of France reaching the last four, Lloris is going to have plenty of opportunity to prove himself as the best goalkeeper in the tournament.

While Brazil benefited from the draw, there should be scepticism about this team heading into the tournament.

The last two World Cups have ended in humiliation and disappointment at the hands of Germany and Belgium respectively.

The Seleção still have one of the better squads at the 2022 World Cup, but there is immense pressure on Neymar to deliver in what is his last World Cup at his peak.

Brazil haven’t made the final of a World Cup since 2002, and the weight of expectation grows exponentially heavier with each passing tournament.

Of course, disappointment is relative, but finishing with anything but a sixth World Cup would be a let down.