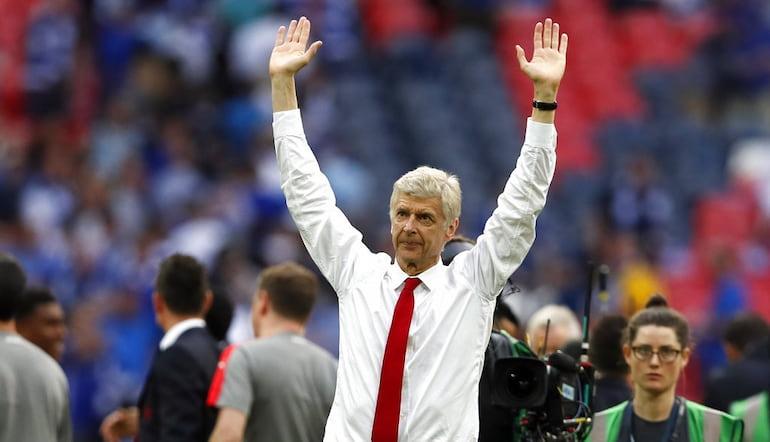 Arsenal are one of the biggest clubs in English football. A domestic powerhouse for almost a century, the Gunners have won 13 top flight titles and a record 14 FA Cup triumphs.

Modern fans will know about Arsene Wenger’s impact at the club, with the north London side going toe-to-toe with Sir Alex Ferguson in Premier League betting odds for many years.

While Manchester United came out on top in terms of titles, Wenger’s brand of football helped to revolutionise the beautiful game – not just in England but around the world.

However, Arsenal owe plenty to some of the managers long before Wenger’s time. Here, we look at the Arsenal manager history and how each coach has influenced the club.

Since Wenger’s tenure, the club have struggled to build momentum. In fact, Arsenal mascot Gunnersaurus has witnessed Unai Emery, Freddie Ljungberg and now Mikel Arteta at the helm.

Despite a shaky start, Mikel Arteta seems to have won the fans over. How long will that last? Only time will tell. Now, let’s get started with the full Arsenal manager history…

With the club founded back in 1886, Arsenal have had a long list of managers in the Gunners hotseat throughout their illustrious 135-year history.

The most famous Arsenal manager is Arsene Wenger. The Frenchman was at the helm for over 20 years and led the Gunners to three Premier League titles and seven FA Cup victories.

In addition, he was the mastermind behind Arsenal’s Invincibles season and he steadied the ship following the club’s emotional move from Highbury to the Emirates Stadium.

Here, we look back at the history of the Arsenal manager role – starting with Leslie Knighton who arrived at the club following the First World War.

There are plenty of competent coaches on the Arsenal manager list but which men will be remembered for taking the Gunners to new heights?

We look at the managers who defied football odds to lead Arsenal to the top, with a quick mention to two candidates who can feel a little hard done by…

To this day, George Allison ranks as Arsenal’s second-longest serving manager. He joined the club in 1934 and walked out of the Highbury exit door 13 years later.

Allison was facing a tough task as the next Arsenal manager following Herbert Chapman’s tragic death but managed to steady the ship in a period of turmoil.

Helped by caretaker manager Joe Shaw and Tom Whittaker, Allison led the Gunners to two league titles and an FA Cup triumph during his spell at the club.

Mee arrived at the club in June 1966 and he led the Gunners for an entire decade – he was a huge hit with the Highbury faithful.

He is credited with leading Arsenal to their first European success, with Mee masterminding the club’s Inter Cities Fairs Cup win over Anderlecht in 1970.

In addition, Mee led the club to the First Division title and FA Cup trophy in the same year, becoming the first man on the Arsenal managers list to lead the club to a ‘Double’.

You could make a case that Graham deserves to be higher on the list of Arsenal’s greatest managers – and it genuinely is a tossup between him and Herbert Chapman.

Graham was a key figure during Bertie Mee’s tenure but returned to the club in a coaching role in 1986, and if anything, he was more successful as a manager than as a player.

We just about give Chapman the edge over Graham, with his influence on Arsenal’s style of play the key factor in the decision. His attacking flair took the Gunners to new heights…

Chapman wasn’t just about style though – Arsenal had plenty of substance throughout his tenure. In fact, he led the club to two First Division titles and an FA Cup success.

A brilliant football man, Chapman is credited with changing Arsenal’s jersey and introducing Arsenal as an underground station. The legacy he left behind is second only to Wenger.

In terms of longevity, trophy haul and focus on promoting youth, Wenger is some way clear of his peers. The Frenchman takes top spot on our greatest Arsenal managers list.

Wenger transformed Arsenal into Premier League predictions favourites, making the club a force to be reckoned with – the Gunners won three league titles and seven FA Cup triumphs with Wenger at the helm.

It would be not only foolish but unfair to focus too much on Wenger’s final years in charge. Instead, celebrate one of the great football minds to feature in the Premier League.

Premier League Tips
Arsenal
About the Author
By
Alex McMahon