Next Arsenal Manager Odds: Arteta On Brink Of Sack?

Mikel Arteta could be about to lose his job as Gunners head coach but who will be the next Arsenal manager? We look at a few replacement options... 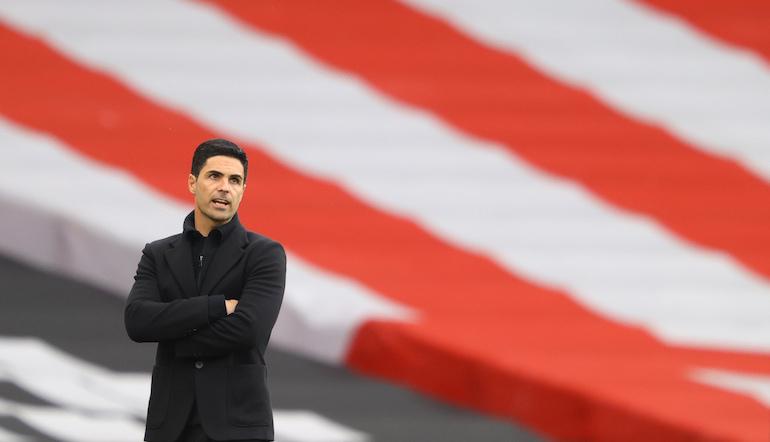 The approach to Arsenal when betting on football has altered drastically over the last decade or so.

While they were often a figure of mockery during the trophy drought under Arsene Wenger, the Gunners always remained competitive, stubbornly clinging onto a top four spot.

That has changed under Unai Emery and Mikel Arteta. Arsenal have spent five consecutive seasons outside the top four.

From a perennial favourite to qualify for the Champions League, Premier League odds now make Arsenal no more than a longshot.

Speculation about the next Arsenal manager has been rife for a long time. Towards the end of Wenger’s tenure, it was a popular topic, and Emery was never really secure. After a solid start, Arteta is now in the firing line.

Mikel Arteta made 150 appearances for Arsenal across five seasons.

Hiring inexperienced former players has been a common trend across European football in recent years, and the Gunners jumped on the bandwagon when they appointed Arteta on 21st December 2019.

Arteta had no managerial experience before taking over at the Emirates. He had, however, spent three years as the assistant to Pep Guardiola at Manchester City.

Arguably the best internship in the sport, Arteta’s time with Guardiola, and his status at Arsenal, was enough to earn him the job.

Unable to break through after a few seasons with Barcelona B, a loan stint with Paris Saint-Germain saw him make a name for himself. A transfer to Rangers followed in 2002.

Having been impressive in Scotland, Arteta earned a return to Spain with Real Sociedad. He couldn’t consolidate his place in the team after the €5.2 million transfer, however, and Everton swooped in.

Initially signing on loan with an option for a permanent deal, Arteta established himself as a key player for the Toffees, making 209 appearances for the club before joining Arsenal in 2011.

Playing under Arsene Wenger, Arteta won two FA Cups as a player. Just months after taking over as manager, he won a third with the club after beating Manchester City and Chelsea in the semi-final and final respectively.

This remains his only major silverware as a manager.

Several iconic managers have been in charge of Arsenal. Let’s take a look at the history of the job, starting just after the First World War.

Unquestionably one of the greatest British club teams, Arsenal have enjoyed numerous successful spells in their history.

From double winners in the 1970s and 1990s to The Invincibles in the early 2000s, Arsenal’s honours list is a lengthy one. They have won the most FA Cups with 14, and with three league and FA Cup doubles, they share the record with Manchester United.

Rodgers and Howe have long been linked with the job. Rodgers’ credentials have only strengthened during his Leicester tenure, though there’s a case to be made that it would be backwards step for him at this point.

Leicester have a stronger squad. Their club is functioning smoothly. While they have dropped off at the end of the last two seasons, Rodgers has shown they are in touching distance of the top four. Would he be as competitive at Arsenal?

Howe’s stock is trending in the opposite direction. Gaining promotion and making Bournemouth a solid Premier League team saw the 43-year-old linked with reputable vacancies, including the England job.

Since the peak of a ninth-placed finish in 2016/17, Howe oversaw some poor signings and the demise of the south coast club.

He left the Cherries following their relegation and turned down the Celtic job in the 2021 offseason. The Gunners faithful would be underwhelmed by Howe’s appointment at this stage.

Conte is the best available manager at the moment. His presence looms over anyone underachieving at Europe’s top clubs.

Just like with Rodgers, though, it’s surely a question of whether he would be interested in the Arsenal job. After all, he couldn’t work out a deal with Tottenham last summer, and he notoriously has very high demands for his clubs.

Where the Italian is the instant fix, the make us as good as possible as quickly as possible, Arsenal could embark on yet another project with Graham Potter or Ralph Hasenhuttl.

With Ostersund, Swansea and now Brighton, Potter has instilled a firm identity. His game is effective and good to watch.

There’s also a strong history of player development, which would be particularly useful for an Arsenal squad that’s had a lot of money invested in it.

The style isn’t identical, but appointing Hasenhuttl would be a similar acceptance of a fresh process. Even with key players leaving the club every summer, the Austrian has maintained a style of play and managed to get results.

His ability to bounce back from painful low points can only be a good sign for dealing with the pressure at a club like Arsenal.

Options are plentiful if Arsenal move on from Arteta. These five are among the favourites to be the next Arsenal manager, but don’t rule out others including Gian Piero Gasperini, Paulo Fonseca and Roberto Martinez.