Ashley Cole enjoyed a successful playing career but what is his total wealth? We discuss Ashley Cole net worth figures and his life in and out of football... 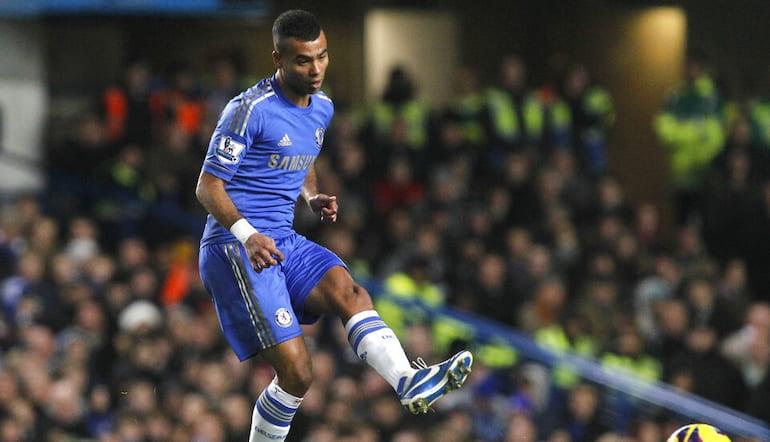 One of the greatest defenders in Premier League history, Ashley Cole is an iconic figure in modern football.

Gaining unwanted attention for his conduct off the pitch, Cole also raised eyebrows on it – particularly after leaving Arsenal for London rivals Chelsea.

Any football odds expert will know about Cole’s exploits and achievements in the sport, with three Premier League titles and seven FA Cups on his resumé.

Having played for two of the country’s biggest football clubs, Cole enjoyed a very successful career at the highest level of the game.

However, things didn’t always go to plan for the left back. The England full-back was at the centre of controversy on more than one occasion during his stint in the limelight.

How much is Ashley Cole worth? As one of the most capped England players, we can expect a hefty wealth figure – though you may be a tad shocked at the financial estimates below…

Having played professional football for the best part of two decades, one would assume that Ashley Cole net worth figures are staggering – and that is a fair enough assumption.

During his peak years at Chelsea, reports suggest that Cole was earning around £200,000 per week. Just imagine how much his contract would be worth if he was playing today…

However, his total career earnings took a hit after his departure from Chelsea but that was a small price to pay compared to his LA Galaxy salary. 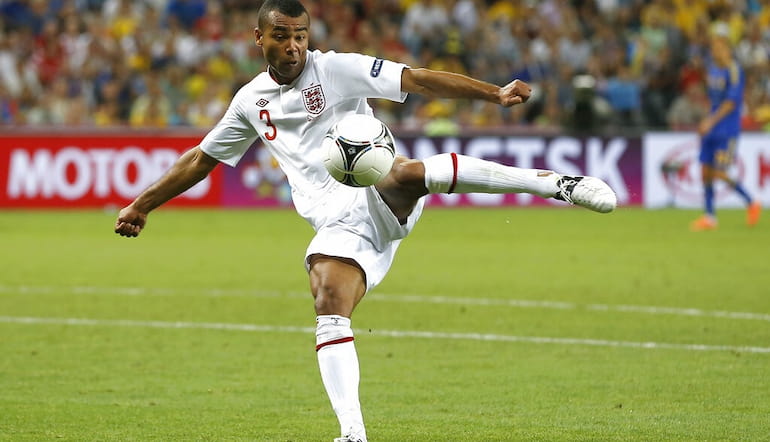 As Premier League betting favourite Cole wasn’t a designated player upon his arrival to Major League Soccer, his salary was an incredibly low £3,996 per week.

However, reports suggest that Roma continued to pay the bulk of his weekly earnings and that – as well as endorsement deals and autobiography earnings – has contributed to his current wealth.

According to Celebrity Net Worth estimates, Ashley Cole has an approximate wealth of £37 million. While these are not exact figures, these financial estimates are fairly trusted.

Having supported Arsenal during his childhood years, it was a dream come true for Cole when he was offered the chance to join the club’s youth set up.

At just 18 years old, Cole made his first team debut in a League Cup fourth round clash with Middlesbrough – though the Gunners crashed out of the competition on penalties.

However, a few months later he signed his first professional contract and made his Premier League debut on the final day of the campaign.

That was a sign of things to come for Cole and he would soon be a key figure for one of the biggest clubs in Premier League predictions during the period.

Cole spent part of that season on loan but earned a chance the following year after an injury to Arsenal’s starting left-back Sylvinho left the position up for grabs.

The Gunners youngster seized the opportunity with both hands and impressed in Sylvinho’s absence, with the Brazilian failing to regain the starting role upon his return to the squad.

Cole emerged as one of the first names on the Arsenal team sheet and he was frequently praised by Gunners manager Arsene Wenger for his consistency and professionalism.

He missed just six league games during the Invincibles season, helping Arsenal to record the first and only unbeaten campaign in Premier League history.

However, things started to unravel after a ‘tapping up’ meeting with Chelsea figures in 2005 and it soon became clear that Cole wished to pursue a move to Stamford Bridge.

Despite signing a one-year contract extension in July 2005, Cole’s final year at the club was sour and there was a bitter taste left after his deadline day departure in August 2006.

Arsenal fans dubbed him ‘Cashley’ but Cole attempted to turn the blame on the club, stating that he was made a scapegoat by the Gunners board.

Cole’s move to Chelsea didn’t materialise until late in the 2006 August transfer window but it went through in the end, with William Gallas heading in the opposite direction.

The England star didn’t have to wait too long for his first trophy, lifting the League Cup in February 2007 before completing the domestic cup double with FA Cup glory in May.

That would be the sign of things to come for Cole as Chelsea began to challenge on multiple fronts throughout the Roman Abramovich / Jose Mourinho era.

While he finished his career with just one Premier League title during his time at Stamford Bridge, Cole enjoyed plenty of success – averaging a major trophy per season. 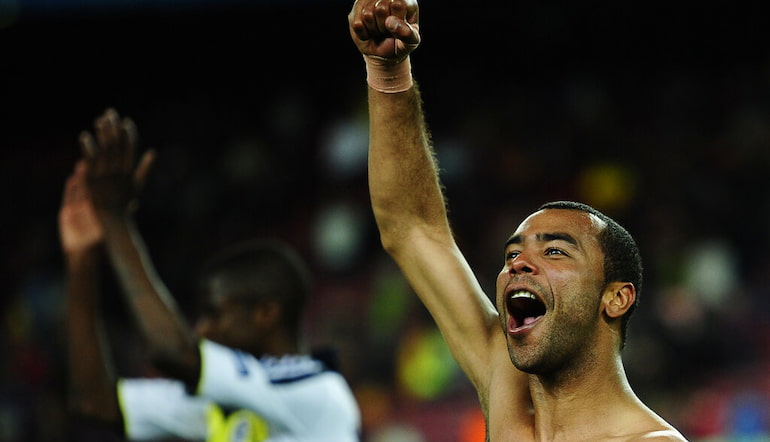 Chelsea benefited directly from Cole’s expertise and the left-back was a pivotal figure for the entirety of his spell at Stamford Bridge.

Cole helped the club to their first Champions League success while also playing a central role in their Europa League triumph over Benfica in 2013.

However, Cole’s time at the club came to an end in May 2014. He was made captain for the day and the Chelsea supporters paid tribute to a true Premier League legend.

Cole tried his hand at AS Roma, LA Galaxy and Derby County following his departure from Chelsea but retirement beckoned and he hung up his boots in August 2019.

One of the most decorated players in the modern era, Ashley Cole has a trophy cabinet to match his incredible performances on the football pitch.

From his early years at Highbury before becoming a fully-fledged member of the Arsenal Invincibles to his European success at Chelsea, Cole has enjoyed a sensational career.

Cole’s on-field success is testament to his skillset and consistency over 17 years in England’s top flight – and his status as the Premier League’s greatest left back is secure.

Here, we look at Ashley Cole’s list of career achievements. From the glory days at Arsenal to his trophy-laden tenure at Chelsea, his impact and influence is clear for all to see…

Ashley Cole’s relationship with Cheryl Tweedy was well documented, with the couple going public in September 2004.

The first few years were smooth enough, with the couple tying the knot at Wrotham Park in July 2006 but allegations of affairs had an impact on the marriage.

Less than four years later, the couple revealed that they would separate after fresh reports of adultery surfaced. Three months later, Cheryl confirmed that she was filing for divorce.

Cheryl and Ashley officially divorced in September 2010 but both have gone on to find love since – though the former has had a number of amicable splits.

Ashley began dating Italian model Sharon Canu and the couple really hit it off, though they have opted to keep their relationship out of the public domain.

Ashley and Sharon became parents for the first time in February 2016 as their son was born before daughter Grace followed two years later.

To this day, the couple have never publicly announced their son’s name.