Most Capped England Players - Who Has The Most Three Lions Caps?

Who is the most capped England player of all-time? We look at the 10 players with the most England caps in international football... 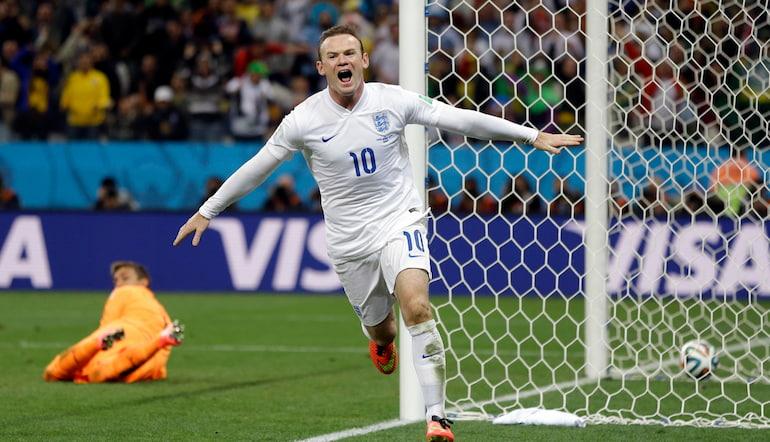 The list of the most capped England players features World Cup winners and modern greats.

While England have often failed those who enjoy betting on football, there has been no shortage of elite talent to pull on the Three Lions jersey.

Nine England players have registered over 100 caps. There are several in the current England squad who will be eyeing that landmark before long.

Here are the 10 most capped England players of all-time…

Only Bobby Moore and Billy Wright have captained England more than Bryan Robson. Captain Marvel led the Three Lions out on 65 occasions.

The former Manchester United midfielder was not only a leader of men.

His whole-hearted midfield play was the driving force of countless England teams, and it’s no surprise that managers and players he worked with speak of his England career so positively.

Playing decades before most of the players on this list, Billy Wright made his 105th England appearance in 1959, seven years before the Three Lions lifted the World Cup.

He spent his entire club career with Wolverhampton Wanderers, and was named the FWA Footballer of the Year in 1952.

Wright was the record holder for only a few years, but he remained in the top three for several decades after his retirement.

An increase in international matches (particularly friendlies and qualifiers) has seen many modern stars pass the former Arsenal manager.

Only nine players have scored more goals for England than Frank Lampard. While never as prolific as he was in the blue of Chelsea, Lampard was reliable for the Three Lions until his final appearance in 2014.

Numerous managers could not find a way to get the best out of Lampard and Steven Gerrard.

Even with those difficulties, and with his role often changing, Lampard racked up 106 caps to go alongside his 647 cub appearances.

A World Cup and Ballon d’Or winner, Bobby Charlton had a spectacular career at club and international level. His rounded midfield game made him a player who could both contribute to goals and dictate the match.

He was England’s all-time top scorer until relatively recently. His 49 goals in 106 caps was a brilliant return.

Although a different generation from many others in this list, Charlton’s standing in the English game will never be forgotten.

Ashley Cole was the best left-back of his era. Frustrations about his transfer from Arsenal to Chelsea, and unnecessary reporting on his private life impacted his reputation among fans, and overshadowed what a player he was.

Cole achieved it all at club level. For England, there was often unfair criticism of him, and peculiar speculation about his place in the team.

England have never had a better left-back than Ashley Cole. He deserved every one of his 107 caps.

The word ‘legend’ is thrown around in sport. If it is ever appropriate for a footballer, it’s the perfect way to describe Bobby Moore.

Moore might be best remembered in England as the skipper of the World Cup winning team, but his brilliance as a player as well as a leader should not be overlooked.

Many all-time greats have named Moore as the best defender ever. He was resolute, hard in the challenge and read the game wonderfully.

On top of that, he had the technical ability to ping balls out from the back. Moore is probably England’s greatest ever player.

Steven Gerrard’s England career was muddled. Managers made him a square peg in a round hole. The perennial Gerrard, Lampard and Paul Scholes question provided hours of debate and years of dilemmas for England managers.

Gerrard was one of the best Premier League midfielders of all time but his generation ultimately never lived up to expectation.

Perhaps it was to do with unity or maybe it was managerial failings, but Gerrard’s commitment and talent was always on show when he pulled on an England shirt.

The most famous English footballer of the last two decades, David Beckham’s ability on the pitch can sometimes get lost amid his celebrity status.

At his peak, Beckham was everything for England. He put in match-winning performances. He had moments of controversy, but those frustrations were outweighed by the glory.

His free-kick against Greece to seal qualification is a memory that will live forever with every England fan.

With 53 goals, Wayne Rooney is England’s leading goalscorer. It’s a record that may get snatched off him by Harry Kane in the coming years, but that will not downplay how great Rooney was for his country for such a long time.

Breaking through as a teenager, Rooney was the great hope in the middle of the noughties.

As he continued to impact Premier League odds at Manchester United as one of the very best players in the world, the pressure was always on him when tournaments rolled round.

Injuries, fatigue and form impacted his tournament performances, but Rooney’s desire to compete for the Three Lions could never be questioned.

Peter Shilton might lead all England players, but he’s way down the list of the most international caps of all-time. Tied at 145th, Shilton’s tally of 125 is the same as David Silva, Sergio Busquets and Roberto Carlos.

While his longevity is unquestionably impressive, Shilton’s isn’t widely regarded as the best English goalkeeper of all-time. That honour falls to Gordon Banks. Banks, like Shilton, spent much of his career at Leicester and Stoke.

Shilton shares the record for the most World Cup clean sheets in history, despite only making his World Cup debut when he was 32.