Barry Hearn Net Worth – What Is The Boxing Promoter's Total Wealth?

Estimated figures value the Matchroom legend's wealth at a hefty $65 million. But how does his earnings compare to son Eddie Hearn? 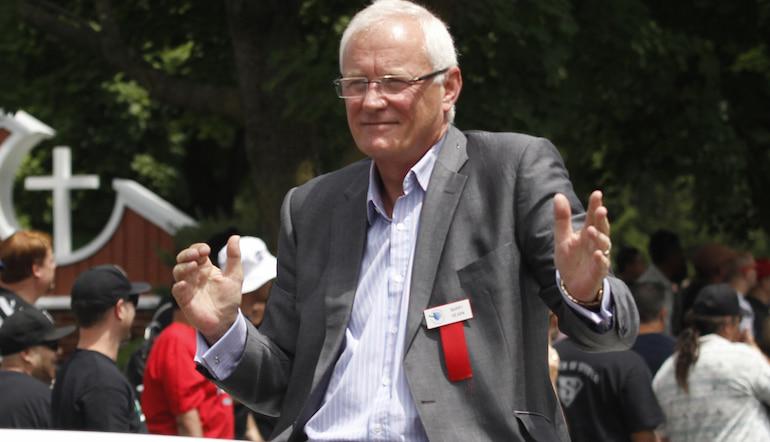 While son Eddie is now the main man at Matchroom, Barry Hearn is the founder and he was the face of the company for the best part of 30 years.

Now in his 70s, Barry has used his business acumen to build a sporting empire, and sports betting fans around the world will recognise him instantly.

Eddie Hearn net worth figures are hardly surprising but many will be shocked to see Barry’s figures compared directly to his son’s estimated wealth.

Without further ado, it is time to get stuck into Barry Hearn wealth figures while also looking into his career as a promoter and his life away from the spotlight.

How Much Is Barry Hearn Worth?

According to figures obtained from online sources, Barry Hearn’s wealth is valued at an estimated $65 million in 2020.

If accurate, this puts Barry above Eddie in the Hearn rich list charts – though the combined family net worth figure would be on another level.

Barry Hearn was an excellent businessman and his success with Matchroom is down to hard work and dedication.

The vast majority of Barry Hearn net worth has come from the Matchroom brand, with the company focusing primarily on boxing, darts and snooker.

Now the home of Matchroom Boxing, Barry Hearn bought the enormous Essex property for a reported £200,000 some 30 years ago.

Although now typically associated with son Eddie, the house has remained in the ownership of the Hearn family and it is now more of a commercial property than a family home.

Such is the scale of the property and its grounds, Matchroom Boxing is now the full-time occupier of the residence and the company even hosted Fight Night events during the summer.

Barry is married to Susan and the couple have two children together, son Eddie and daughter Katie.

Susan Hearn is into her horse racing, with the Mascalls Stud base operating out of Essex. While it is relatively small fry compared to some of the bigger breeding operations, Mascalls Stud has seen plenty of success.

Barry Hearn’s decision to purchase a Romford snooker hall in the early 1970s paved the way for his success.

Barry became manager of Steve Davis and he soon became a household name in the sport, helping Davis to blossom into one of the most successful World Snooker champions.

In 1987, Barry decided to branch out into boxing. As a promoter, he managed several British and Irish fighters, including Lennox Lewis and Steve Collins.

Hearn is credited with introducing boxing’s Prizefighter series – a knockout tournament that saw eight boxers compete for glory. It was a fantastic competition for boxing betting fans.

Barry set the foundations for Eddie to take over and the Hearns continue to dominate the boxing promoter game.

Darts was next on Barry’s agenda and he became chairman of the Professional Darts Corporation, convincing many of the sport’s top players to join from the BDO.

Hearn played a pivotal role in increasing the attraction of darts around the world and he deserves plenty of credit for the success of major PDC ranking events.

Leyton Orient fans will have fond memories of Barry Hearn’s tenure as club chairman, with the entrepreneur heading the club from 1995 to 2014.

Hearn helped to save the club from financial disaster and was heavily involved in Orient’s decision-making during his years at the club.

He remained involved as President of the club until 2018, with Barry citing issues with the club’s new owner as the reason for his resignation.

An established fisherman, Barry Hearn has also cast his line into fishing – helping it to thrive into a viable commercial sport.

According to various reports, it was Hearn who pitched the idea of Fish-O-Mania to Sky Sports and the event has been a roaring success since its formation in 1994.