Which team has the most World Series titles? 888sport look at the five most successful teams in Major League Baseball history... 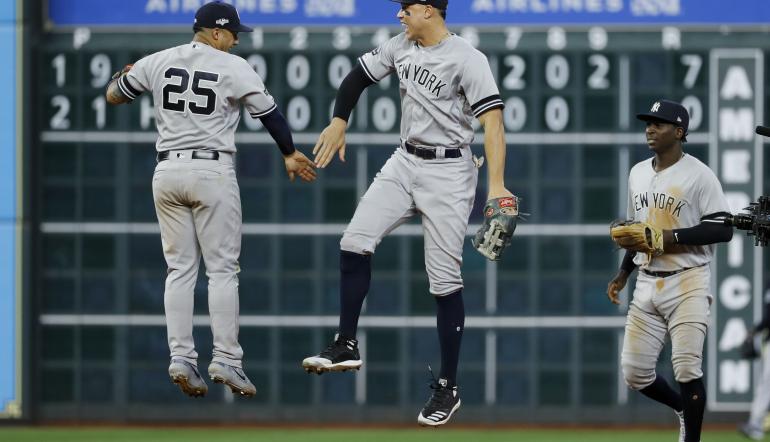 Legends are made in October. The greatest World Series performances are never forgotten.

America’s pastime might have the most arduous schedule of any major sport – 162 games in the regular season and then three postseason series – but it still all comes down to performing under pressure.

The MLB postseason is tense, it’s when players can write their name in the history books regardless of their regular season numbers. All-time greats can undermine their legacy.

The first World Series took place in 1903. Since then, the playoff format in the lead up to the Fall Classic has changed and franchises have moved all over the continent.

Seven active teams are yet to win a World Series, while two have never made it to the end-of-season showpiece. The focus here is on the other end of the spectrum though, so here are the five most successful teams in World Series history…

If you need help from a dummies guide to baseball or you’ve never watched a Major League game in your life, you’ll still have heard of the New York Yankees. The caps are everywhere, the logo is the most recognisable in all sports.

The first titles came in the 1920s as Murderer’s Row destroyed baseballs. Lou Gehrig and Babe Ruth soon handed over to Joe DiMaggio as success followed with four straight titles in the 1930s, four more came in the 1940s before the Mickey Mantle years in the early 1960s.

A barren spell between 1962 and 1977 was ended with back-to-back titles in ’77 and ’78. The core four were the face of another period of dominance either side of the turn of the century.

Their most recent World Series trophy came in 2009, but they are back to being one of the MLB betting favourites thanks to Aaron Judge and co.

One of the most historic franchises in Major League Baseball, the St. Louis Cardinals won eight of their World Series titles before the end of the 1960s.

With only one between 1967 and 2006, the Redbirds suffered a quieter spell but have been a model of consistency in the 2000s, regularly appearing in the postseason.

The Cardinals have 11 Hall of Fame inductees. Bob Gibson, perhaps the most famous of all, is one of the greatest postseason pitchers in Major League history, winning World Series MVP in 1964 and 1967.

Probably most well known in the UK for a movie starring Brad Pitt, the Oakland Athletics are the joint-third most successful team ever.

The Athletics won five of their nine titles by 1930, however, and have not made it to the World Series since 1990, when they were swept by the Cincinnati Reds. It was Oakland’s third successive World Series appearance, winning one and losing two.

With six division wins this century and four wildcard berths, Billy Beane’s team are no strangers to the postseason.

It’s been a long wait for a World Series title, though, while they’ve watched their Bay Area rivals reign supreme in three Fall Classics this decade.

They didn’t appear in the World Series again until 1946 and had to wait a painful 86 years to win the Fall Classic again. Since then, however, Boston have been a regular contender.

With wage bills comparable with the Yankees and superb homegrown talent like Dustin Pedroia and Mookie Betts, the Red Sox are the only team with four World Series wins in the 21st century.

Another team who had a long wait, the San Francisco Giants didn’t win a World Series between 1954 and 2010. Since leaving New York for north California, the Giants have appeared in the Fall Classic on six occasions.

The 2010s has been the Giants’ decade as a dynasty formed under Bruce Bochy’s stewardship.

The core of Buster Posey, Madison Bumgarner, Pablo Sandoval and a lockdown bullpen delivered three titles in five years to The Bay, putting them in lone control of fifth on this list and two titles ahead of their fierce rivals, the Los Angeles Dodgers.