Our baseball expert picks his all-time MLB team - is this the greatest group of players in Major League Baseball history? 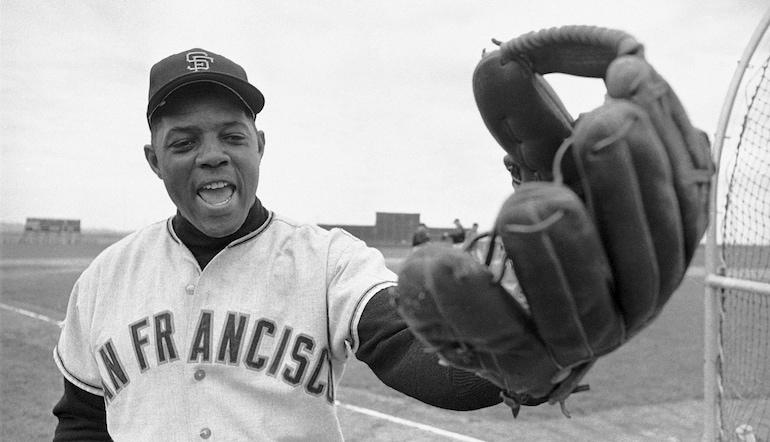 With a history that goes deep into the 1800s, picking an all-time Major League Baseball team requires a lot of Baseball Reference scrolling and a healthy portion of black-and-white pictures.

Pitching (pardon the pun) the greats of the late 1890s with Mike Trout, Max Scherzer and Alex Rodriguez is obviously bizarre, but baseball’s array of statistics makes it a much simpler task than in other sports.

Of course, Babe Ruth would struggle against Aroldis Chapman, but that isn’t what we’re looking at here. With a mix of peak performance, longevity and comparison to their peers, here’s our all-time MLB team.

It was hard to pick between Johnny Bench and Yogi Berra. Despite Berra’s 10 rings, Bench gets the nod having compiled almost 20 more WAR than the long-time Yankee.

A two-time MVP, Bench was a vital component in the Big Red Machine, winning two World Series titles to go with his 10 Gold Gloves.

Including his Rookie of the Year campaign, Bench received MVP votes in 10 separate seasons. An offensive player, with his defensive skillset, at catch is always a huge bonus, and Bench was the best of the lot.

Albert Pujols and Miguel Cabrera could both make claims for this spot despite playing much of their career elsewhere on the diamond. With 493 homers, and the fourth-best career OPS+ in history, Lou Gehrig is the man for this line-up, however.

Before a tragic end to his career and life, Gehrig was a major component in the Yankees’ Murderers’ Row line-up alongside Babe Ruth, Bob Meusel, and Tony Lazzeri, Earle Combs and Mark Koenig, and won six World Series titles.

In 1934, Gehrig became the 11th player ever to achieve a hitting Triple Crown, but he had to wait two more seasons to win his second MVP award after five top five finishes in a row from 1931 to 1935.

Hornsby’s career started in 1915 with his peak continuing to the early 1930s. There were a couple of MVP awards along the way and he led the league in OPS in 11 separate campaigns.

Only 32 players in MLB history have 3000 hits. Honus Wagner was the second to do so, and he ranks 35th all-time in career batting average. He is one of only five players with 3000 hits and 500 stolen bases.

It’s easy to forget about players like Wagner, who played his greatest seasons the best part of a century ago. Alex Rodriguez would’ve been a tempting pick, as would Derek Jeter.

Delving deep into baseball’s history is important for an exercise of this ilk, though, and Wagner feels like the right choice.

Nolan Arenado and Matt Chapman rival Mike Schmidt for the title of best defensive third baseman ever, but Schmidt’s CV is far superior to either of the two modern stars.

It’s another spot Rodriguez could’ve taken, and Atlanta would like to see Chipper Jones mentioned. Schmidt dominated the position throughout his career, though, winning three MVPs and accumulating over 100 career WAR.

He has just the one World Series title, but this is about individual performance, not team success. He played all of his career for the Phillies – are they a good option in our MLB betting for 2020?

The most controversial of the lot, Barry Bonds beats out Babe Ruth, Ted Williams and Rickey Henderson to take the left field berth.

Bonds’ defensive prowess early in his career gives him the edge over Ruth. Ruth is the greatest ever, but his pitching isn’t taken into account for this selection.

The Bambino would be a handy pinch hitter. Bonds holds record after record, his walk number are barely believable. He is the only member of the 500/500 club.

The San Francisco Giants are no more than a footnote in a 2020 MLB season preview, but the 2014 World Series winners have been home to some of the greatest to play the game.

Willie Mays started his career as a New York Giant and finished it with the Mets – he is, of course, always remembered for his time in north California.

The Say Hey Kid has a hilarious 24 All-Star appearances to his name, a couple of MVPs and is one of two players with over 300 homers, 300 stolen bases and 3000 hits. Only four players in MLB history have more homers than Mays.

Modern heroes Ichiro Suzuki and Tony Gwynn could have taken this place, providing yet more elite defence alongside Mays. Stan Musial, a left-handed slugger with 475 homers and a career OPS+ of 159, gets the nod.

Musial ties Mays with 24 All-Star appearances, over an epic career that started during the second World War and finished in 1963. He only won three MVP awards, all early in his career, but he received votes in 18 different seasons.

Pitchers crave a Cy Young award. The man who the award is named after holds countless Major League records, the majority of which will never be broken.

Young pitched 7,356 innings in his career, over 1300 more than anyone else ever. Unsurprisingly, he’s miles clear when it comes to wins too, with over 90 more than second-placed Walter Johnson.

Simply the greatest relief pitcher ever, Mariano Rivera’s name was the first on this list. Rivera’s cutter was not just a trademark, it bordered on unhittable. He is synonymous with the dominant Yankees of the early noughties.

His list of records, particularly in the playoffs, speak for themselves. Games were over when Enter Sandman played.

*Credit for the main photo belongs to RDS / AP Photo*