888sport is the place to be for NBA betting tips - here are five basketball stars to follow with the NBA's imminent return... 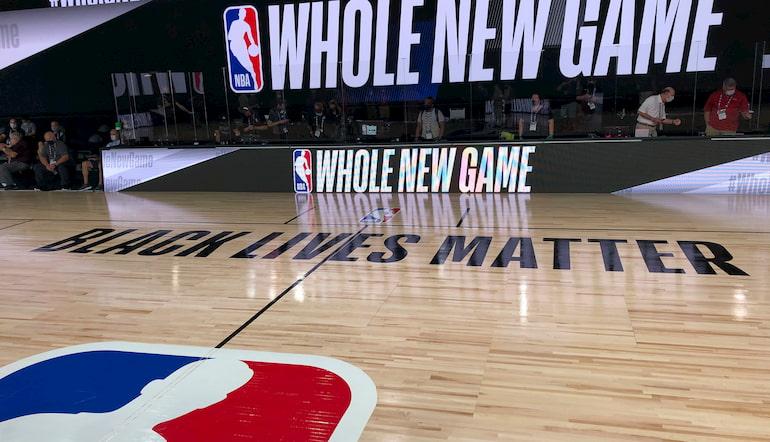 The NBA bubble at Disney World Resort in Orlando has already seen the return of live basketball. Scrimmage games are one thing, but it’s the competitive stuff all NBA fans are waiting for.

Luckily, the wait is almost over – the oddly named ‘seeding games’ will begin on July 30th with Zion Williamson’s New Orleans Pelicans taking on the Utah Jazz.

Whether keen to bet on basketball or break down game tape, the excitement for the return of this enthralling season is edging towards giddiness.
These five players are all worth keeping an eye on as the NBA resumes…

The super-big line-ups run by the Denver Nuggets in scrimmage games were perhaps more out of necessity than genuine experiment, but regardless of the reasoning, wasn’t it great to see Bol Bol?

Denver has two players whose draft stock plummeted as a result of injury. Michael Porter Jr. has shown flashes of the potential that made him the consensus number one overall pick coming out of college. Bol has that sort of talent, too.

Mobile, three-shooting, and blocking shots, it was all action in the scrimmage games. Mike Malone might be reluctant to give him minutes once it gets serious, but with the Nuggets in a strong seeding position, Malone may give Bol a run and see how it goes.

NBA betting has never loved the Nuggets. The bubble is an opportunity to shake off the cloud of being a regular season team.

He’s moved to the bench, but the Philadelphia 76ers are still going to need big minutes out of Al Horford if they are to get anywhere near their potential.

Horford was a surprising signing for Philly. Their giant starting five has occasionally shown how good it can be defensively, but the offensive fit was atrocious. The numbers with Horford, Joel Embiid and Ben Simmons on the floor are gross.

Brett Brown will limit the time that trio are together. The result will be more of Horford at the five, spacing the floor for Simmons. There will be times when it’s three shooters, Horford and Embiid.

He’s still hugely important despite a change of role. If Horford can play like the best version of his Celtics years, the Sixers can trouble anyone.

The knee injury that plagued Kemba Walker before the league’s suspension hasn’t gone away. Still experiencing pain, there’s concern over how many minutes Walker will be able to play in Orlando.

The Cs have enough scoring depth to live without Walker. Jayson Tatum is the number one, Jaylen Brown and Gordon Hayward are great second and third guys. Marcus Smart will have hot shooting nights.

Winning a series or two without Walker, or with him playing at 60 or 70%, isn’t unfathomable. Going all the way, though, becomes extremely unlikely. They have enough talent to keep their floor pretty high – the ceiling is much lower if Walker isn’t at his ankle-breaking best.

Boston went into the playoffs without Kyrie Irving and Hayward a couple of years ago and nearly made the Finals. Brad Stevens will be desperate to have his top six guys fully healthy this time round.

This could have been any of Caldwell-Pope, Alex Caruso, JR Smith or Dion Waiters. The Lakers are depleted in the back court with Avery Bradley sitting out and Rajon Rondo injured. The aforementioned quartet need to give Frank Vogel significant and reliable minutes.

Danny Green will join the two stars in crunch time. Vogel could run Kyle Kuzma and go big, and he can throw JaVale McGee or Dwight Howard out there. They need someone to guard the opposition’s backcourt, even if they will play more like a wing on offence.

Caldwell-Pope is front of the queue for that spot at the moment. He’s had an under the radar good season. The Lakers need two or three of those four to perform at a high level if they are to reach their championship ambitions.

888 betting has the Lakers as title favourites – will LeBron James’ teammates be up to standard in the playoffs?

Eric Gordon’s role on the Rockets is simple: play defence, hit buckets. Gordon, playing through injury at times, has endured by far the worst three-point shooting season of his career. He’s hit south of 32% of his treys.

A vote of confidence came from Mike D’Antoni at the weekend, however, and Gordon’s place as a starter is assured. The best of Gordon is a knockdown shooter, a guy who defences must respect.

He drags potential help defenders away from the paint, opening up lanes for Russell Westbrook and James Harden. The variance of this Rockets team, an historically small line-up, is enormous. A good night and they can take down anyone, a shooting slump and they can embarrassingly collapse.

Shooters will be streaky, but the nature of this plan is about sample size. Gordon needs to be shooting somewhere closer to 40% and hopefully avoid provide consistency to help avoid a repeat of the infamous 0-for-27.