Which players should we be looking at in NBA free agency in 2020? 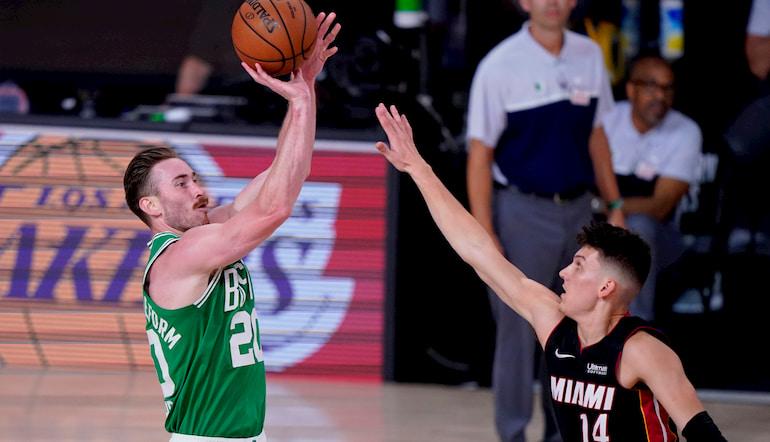 The 2020 NBA free agency class is not the strongest. There will not be the fanfare of last offseason, when Kevin Durant, Kawhi Leonard, Kyrie Irving and Jimmy Butler all hit the market.

Uncertainty over the salary cap also makes this a unique offseason, with teams unsure how much they will have to spend.

It isn’t a great time to be a free agent. Player options are more likely to be taken than in years past, and only a handful of (mainly not good) teams have cap room to make a splash.

Given the likelihood of restricted players remaining with their current teams, we have focused on unrestricted free agents for this list.

The only nailed-on All-Star on the market this offseason, Anthony Davis isn’t set for the same sagas we witnessed with the aforementioned quartet.

The Brow, barring an extraordinary string of events, will be turning down that player option and committing long-term to the Los Angeles Lakers. The Lakers will be 888betting favourites once again.

Is Fred VanVleet worth the max? Will the Raptors re-sign him at all costs? Could the Knicks prioritise him?

These are all questions circling VanVleet, a player who has ascended over the last couple of years. He doesn’t fit the usual bill as a ‘max player’, but circumstances could see him get paid big time.

With Serge Ibaka and Marc Gasol also free agents this autumn, how Toronto approach VanVleet’s free agency will be key, particularly as they eye up the 2021 free agent class and a potential push for Giannis Antetokounmpo.

Unlike Anthony Davis’ inevitable opt out, Gordon Hayward’s future is trickier to predict.

Hayward is owed just shy of $32 million next season and playing on a competitive Boston team, he might take the option and see how the market shakes out. Injuries will be a worry for any potential suitor.

Like Hayward, it’s unknown whether DeMar DeRozan will take his player option. At $27.8 million, DeRozan will be leaving a lot of money on the table in 2020/21 if he chooses to walk as he’s not getting anywhere near that per year on the market.

Teams looking for a veteran boost could give DeRozan a sizeable multi-year contract.

With the Spurs far from NBA betting contenders next year, he might be tempted by the guaranteed money even if it means playing for a lottery team.

With the Thunder heading deep into the rebuild with Billy Donovan departing and Chris Paul likely getting traded, Gallinari is probably going to be playing elsewhere next season.

A lot of teams want a guy with Gallinari’s size and shooting. Charlotte and Phoenix could be in the mix.

Three-point gunner Davis Bertans saw his usage explode in Washington. He took over eight threes per contest, almost double his previous career-high, and hit 43.4% of his attempts from beyond the arc.

A guy at 6’10 with that sort of shooting is going to get paid. Bertans is limited defensively, though, and he has a limited number of landing spots. Staying with the Wizards could be his best option.

Goran Dragic has been a bubble revelation after replacing Kendrick Nunn in the Miami Heat’s line-up. The veteran guard has dealt with injuries over the last few years, and he’s deep into his thirties, but he’s showing he can still perform at an All-Star level.

A one-year, high-salary pact with the Heat makes sense for both parties, allowing Miami to run it back without compromising that oh-so precious 2021 cap space.

Almost signing for the Spurs last summer and ultimately ending up with the Knicks, Marcus Morris was traded to the Clippers at the deadline and featured in one of the biggest ever playoff implosions.

A tough defender who can shoot the three, plenty of teams will be after Morris. Re-upping with the Clips seems the most likely outcome, though.

The Sixth Man of the Year saw his value plummet in the playoffs. Montrezl Harrell struggled mightily in the post-season, and while a late arrival in the bubble made it difficult for him, those performances will have lost him a lot of money.

The Clippers will be keen to keep Harrell given their inability to replace him. They might not have to overpay as drastically as previously thought.

The Detroit Pistons are not going to be backed often by those who bet on basketball. There are bigger names heading for free agency, but Christian Wood is one of the most intriguing on the market after a breakout season.

With the Pistons rebuilding, a player like Wood can be valuable as a trade chip or a cornerstone for their next competitive team. Overpaying on a long-term deal could be problematic, however.

Wood had by far the best year of his career. How much will Detroit be willing to pay to keep him?