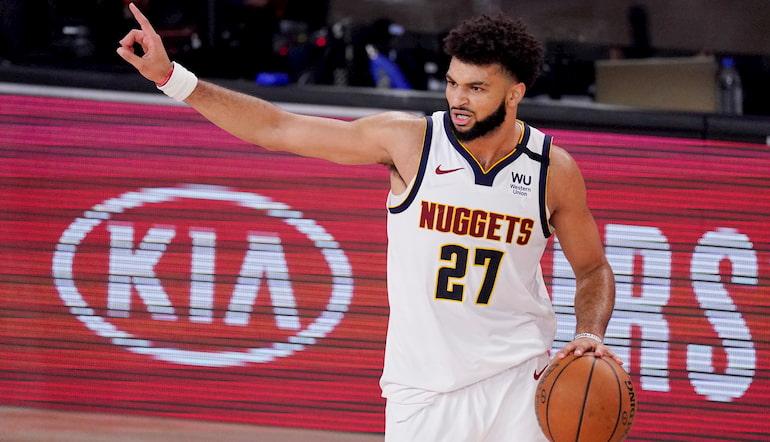 The bubble worked. The NBA completed their 2019-20 season, albeit several months later than they were meant to, and they were able to crown a champion.

What an achievement it was, what extraordinary planning from the league, and what discipline from the players to maintain the bubble, to safely complete a season in the middle of a pandemic.

Those who regularly bet on basketball were thankful for the NBA’s return. It gave a welcome distraction, and perhaps more importantly, it provided us with some of the best playoff basketball in recent memory.

The standard on the court was incredibly high throughout. Reflecting on a postseason that was momentous in so many ways, here are five players who exceeded expectations, who enhanced their reputation in the 2020 NBA playoffs.

Jamal Murray was the bubble breakout star. The Denver Nuggets guard eliminated any concerns about his contract and proved himself as a championship-worthy second star alongside Nikola Jokic.

Murray had some postseason demons to put to bed after going 11-for-38 across Games 6 and 7 of last year’s Western Conference Semi-finals. Those demons are gone.

It started well as Murray took over late on in Game 1 of the first round. Donovan Mitchell was doing his thing (more about him in a bit), but Murray drained shot after shot to carry Denver to a win.

He scored 92 points over Games 5 and 6 of the first round as the Nuggets wrestled their way back into the series.

The perimeter defence of the Clippers troubled him early in the second round, but we saw a mature, improved Murray. Instead of forcing shots, he showed his development as a playmaker. His scoring returned with a bang, hitting 40 in Game 7.

The Lakers ended Denver’s season, but Murray was a force again. Will he keep these standards up in 2021?

There were good 888betting odds on the Miami Heat to make the Finals. They crushed the Pacers, they toppled the Bucks and outfought the Celtics then, inspired by Jimmy Butler, took the Lakers to six games.

Pat Riley worked his magic last offseason to land Butler. A player often criticised as a bad locker room influence, Butler was Miami’s leader this season and obliterated any questions about his status as a top 20 player.

With the Lakers donning the Black Mamba jerseys, ready to clinch a 17th title, Butler put in an all-time performance. A 47-minute, 35-point triple-double goes into the pantheon of NBA Finals performances.

He was comfortable as a facilitator, he kept up his sky-high defensive standards, and he took responsibility when Bam Adebayo and Goran Dragic were out.

How many players have outplayed LeBron James in a Finals game? It’s a short list, and Jimmy Butler is on it.

We had to include a player from the NBA champions (and NBA betting favourites to win it all in 2021).

LeBron James and Anthony Davis both achieved great things, but how much can your reputation improve when you’re already an MVP frontrunner?

Kentavious Caldwell-Pope was a figure of mockery for much of the regular season. He was the Lakers’ third-best player in the playoffs.

At 10.7 points per game, Caldwell-Pope was Lakers’ highest playoff scorer outside of James and Davis.

He shot just shy of 38% from the perimeter and played top-tier defence throughout the postseason, chasing opposing shooters around the floor and seldom missing a rotation.

There were a couple of occasions where Caldwell-Pope rescued the Lakers. As the offence struggled, he got hot and kept them in the game.

Game 4 of the NBA Finals sticks out – Davis was having a quiet night, others were missing shots, and Caldwell-Pope came up big.

Heading to free agency, plenty of teams will be interested in the former Pistons wing. He’ll almost certainly stay with the Lakers, but his postseason performances could make it a lucrative offseason.

It might be a surprise to include a player eliminated in the first round in this list. Donovan Mitchell’s epic series against the Denver Nuggets warrants a spot here, though – those duels with Jamal Murray will be remembered for years to come.

The Utah Jazz entered the playoffs as hefty underdogs. Mike Conley missed the start of the series and Bojan Bogdanovic was sidelined. The responsibility fell to Mitchell.

What followed was a spectacular effort despite the Nuggets overturning a 3-1 deficit. Mitchell posted 57 points in a Game 1 loss, he scored 50 over the next two games combined (both wins), and 51 in Game 4 to put Utah 3-1 up.

The 30 points on 23 shots in a Game 5 loss was a relative disappointment. Nine threes and 44 points followed in a Game 6 defeat. An exhausted Mitchell scored just 22 in Game 7.

Red-hot shooting and elite explosiveness made Mitchell unguardable. He and Murray combined for 475 points in the series, breaking an NBA record set by Jerry West and John Havlicek from the 1969 Finals.

Miami’s rookie justified his overt confidence. Herro averaged 16 per game in the playoffs, shooting over 37% from three.

He came up huge for the Heat in Game 4 of the Conference Finals. A loss there and the Celtics level the series, but the swaggering Herro put Miami on his back, scoring 37 points on 14-for-21 from the field.

The former Kentucky guard was a different player after the league’s hiatus. A mid-season break worked like an offseason for him, and he returned with a more-rounded offensive game.

Drafted as a long-range runner, Herro was getting shots off the dribble, handling it in the pick-and-roll and making plays for others. He averaged 3.7 dimes per contest, a marked increase on his 2.2 from the regular year.

Miami have returned from the NBA wilderness with a bang. Nailing mid-first-round draft selections of Herro and Bam Adebayo has played a massive part in that resurgence.

Cost-controlled for seasons to come, Herro should be a key player for the next few years.