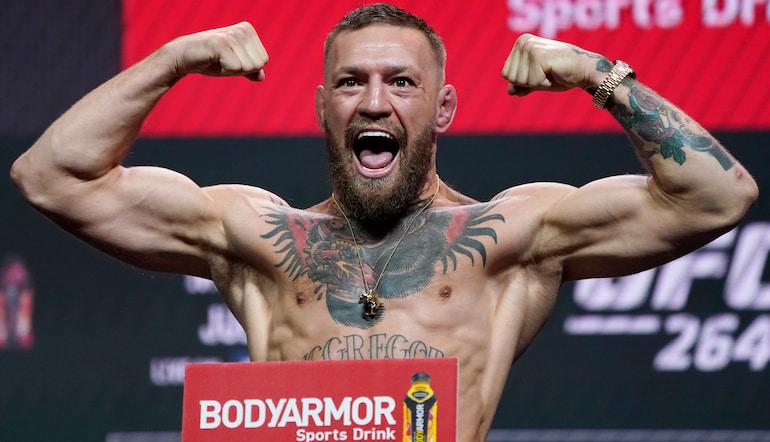 Everyone knows who Conor McGregor is. An iconic sporting figure, McGregor has been one of the dominant forces in mixed martial arts during the UFC era.

Whether you bet on UFC regularly or not, McGregor is known around the world and he often finds himself in the news – though not always in a positive light.

Some of the best Conor McGregor quotes have come in the immediate aftermath of fights, with UFC interviews earning millions of views from all four corners of the globe.

Sports betting fans know all about McGregor and Notorious isn’t afraid to speak his mind – he certainly doesn’t lack confidence and charisma.

The most controversial Conor McGregor quotes don’t make this list, instead we’ve opted for some of the comments and responses that show off Notorious’ self-belief.

Conor McGregor
About the Author
By
Alex McMahon