Best Female Boxers: Who Are The Top Women Fighters?

From Claressa Shields to Ann Wolfe, we look at the best female boxers in the history of women's boxing. 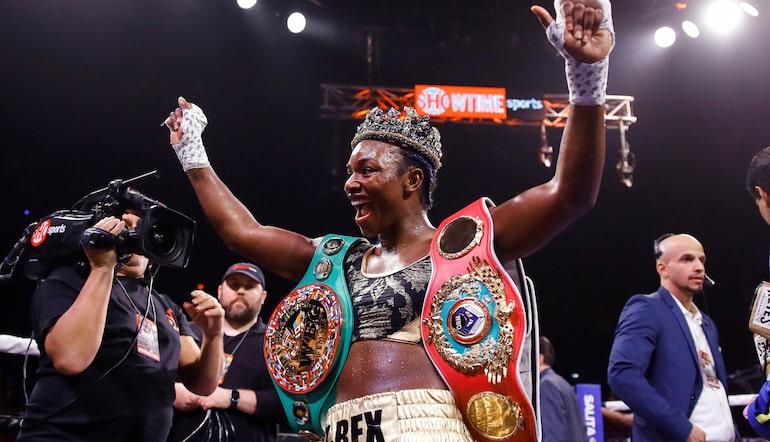 Women’s boxing has gone from strength to strength over the years, with a number of high profile female fighters coming through the ranks.

The best female boxers can win a fight at any moment – and the sport is thriving, with the likes of Claressa Shields and Katie Taylor dominating on the big stage.

Popular in boxing odds, the top female fighters often headline major bills and that is now the case in the United Kingdom and the United States of America.

Without further ado, it’s time to take a look at the best female boxers in the history of women’s boxing.

As the daughter of heavyweight legend Muhammad Ali, Laila had to cope with plenty of pressure on her shoulders throughout her boxing career.

Like her father, Ali will go down in history as one of the greatest in her sport. She enjoyed an illustrious career, hanging up her gloves with an unbeaten 24-0 record to her name.

Ali’s impact on women’s boxing is all the more impressive given her father’s standing in the sport – his daughter won world titles at super-middleweight and light-heavyweight level.

With the nickname, ‘She Bee Stingin’, Ali paid tribute to her father every time she stepped into the ring and we shouldn’t ignore her own sports betting achievements.

She has unified the light middleweight, super middleweight and middleweight divisions – making her one of the most successful female boxers to enter the ring.

Shields is the fastest ever two and three-weight world title winner in professional boxing AND she became the first American fighter to win medals at consecutive Olympic Games.

While her wealth has no comparison to Tyson Fury net worth figures, Shields is the biggest draw in boxing and American fans are very proud of how dominant she has been since making the transition to pro level.

A former kickboxing champion, Rijker was labelled the world’s most dangerous woman at her prime and she is one of the most famous female boxers on this list.

The ‘Dutch Destroyer’ was the force of her generation, dominating the light-welterweight division. To put it into perspective, she set the benchmark for future generations.

Rijker finished her sensational boxing career with a perfect 17-0 record, with 14 of those victories coming by way of knockout.

To this day, Rijker is one of only three female Hall of Fame inductees. This alone puts her in an elite bracket of the best female boxers of all time.

One of the most established names in women’s boxing, Taylor has been there and done it all at every level – winning a gold medal at the 2021 Olympic Games.

She has enjoyed an incredible career so far and, under the wing of promoter Eddie Hearn, Taylor has flourished to become one of the best in the business.

Taylor changed boxing weight classes to become a two-weight world champion and she is now the undisputed lightweight queen.

Widely regarded as one of the most dominant female fighters in boxing, the Irish star looks set to light up the women’s boxing scene for many years to come.

Known for her astonishing power punching ability, Wolfe is widely regarded as the hardest hitting female fighter in the history of the sport.

The American finished her career with 24 wins in 26 fights, stopping 16 of her opponents before announcing her long-awaited retirement in 2006.

Wolfe was one of the most dominant female fighters of her generation, suffering just one defeat against the then-world champion Valerie Mahfood in her fifth pro bout.

Her IBF light-heavyweight title in 2004 was a key moment. That success ensured that she emulated the legendary Henry Armstrong by holding three world titles in three different weight classes.