Professional boxing weight classes have transformed in recent years - here is our guide to boxing divisions... 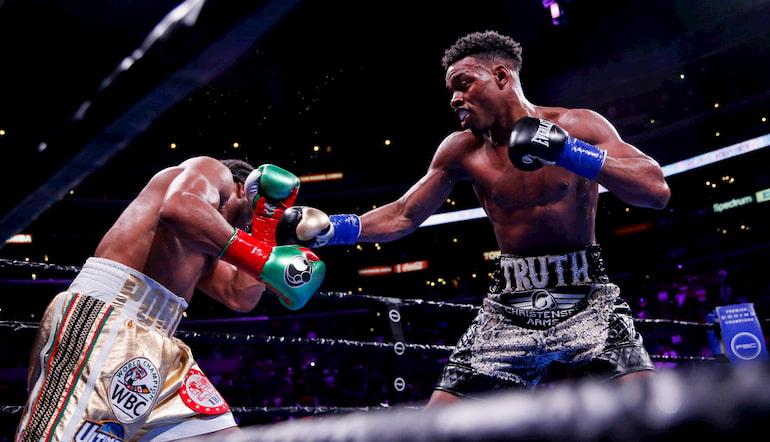 Like most sports, boxing has evolved throughout time to maintain its status in the modern era. Boxing betting fans still enjoy watching a heavyweight title fight but it is no longer the be all and end all.

With a number of boxing divisions for the boxing weight classes, punters can get stuck into major upcoming bouts on a regular basis.

Nowadays, British boxing is thriving and the United Kingdom fighters are dominating some of the biggest divisions in the sport.

With the likes of Anthony Joshua and Tyson Fury flying the flag in the heavyweight division, boxing fans in Britain have been spoiled in recent years.

Without further ado, it is time to take a closer look at the boxing divisions. Our guide to the boxing weight classes begins with a list, sorted by the upper limits of each division.

The traditional seven weight class format has been replaced in modern years, with a total of 17 divisions recognised by professional boxing governing bodies as of 2015.

For those who prefer to read boxing weight classes in stone, you can find information online that will convert boxing divisions for fight fans.

This is something to bear in mind when looking at boxing odds at the Olympic Games – the format of amateur boxing is very different to the professional sport.

The first thing you’ll notice is the number of weight classes for the respective sports. In amateur boxing, there are 10 weight classes compared to 17 professional divisions.

Because of this, the amateur divisions have ‘wider’ weight limits – making it easier to make the weight without going into the next weight class up or down.

Professional boxing weight classes start with minimumweight at 105 lbs while light flyweight is the opening weight class for amateur boxers at 108 lbs.

By the same token, there is a super heavyweight division for amateurs while professional boxers over 200 lbs are still classed as heavyweights.

There are four major sanctioning bodies in professional boxing:

American boxing magazine The Ring also award their own world title, having done so since 1922. However, the four major belts are the ones that everyone wants to win.

With that in mind, there are four world champions in each professional boxing weight class – take the heavyweight division for example.

Anthony Joshua is the WBA super champion, the IBF champion and the WBO champion while Tyson Fury holds the WBC heavyweight belt.

This can make things confusing for casual boxing fans but 888sport can keep you updated with the latest fight night news and boxing champions information.

Women’s boxing is on the rise, with the likes of Katie Taylor and Clarissa Shields helping to boost the profile and attraction of the sport.

According to BoxRec, there are 17 professional boxing weight classes for women fighters, ranging from Light Minimumweight to Heavyweight.

It must be said – there are currently no female world champions at heavyweight level and only Geovana Peres has managed to win a world title in the light heavyweight division.

At the time of writing, there are just two undisputed women’s boxing champions; the supremely talented Katie Taylor and welterweight star Jessica McCaskill.

Women boxers were allowed to compete for the first time at the Olympic Games back in 2012 and that opened the doors for younger fighters coming through the ranks.

As of November 2020, there are only three female Olympic boxing weight classes – but that could of course change in the future. Here are the current women boxing divisions ahead of the Olympic Games: