Who is the greatest striker in Bundesliga history? We ranked the top 10 best Bundesliga forwards of all-time... 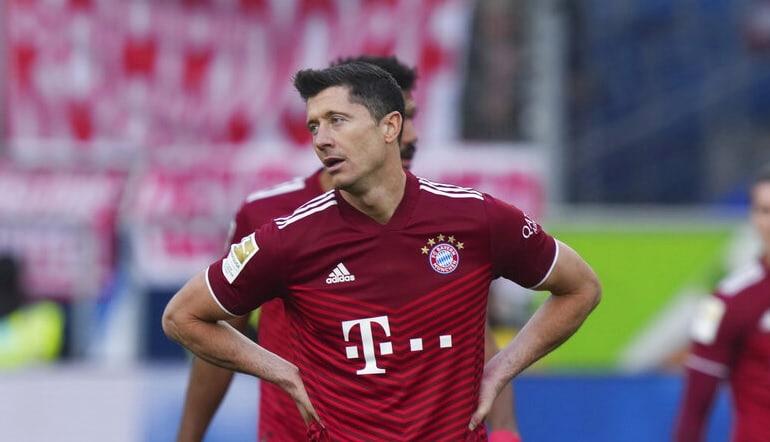 Historically, Spain, England and Italy may be able to attract the finest, most expensive talents but if you want to marvel at prolific goal-machines, it’s Germany where they typically thrive.

Down the years, the Bundesliga has hosted some of the very deadliest strikers around; the rare breed who turn half-chances into goals and do so time and time again. Here, we celebrate ten who have given countless keepers the chills.

The first footballer to be awarded the Great Order of Merit of the Federal Republic of Germany, Seeler played the entirety of his illustrious career with Hamburger SV, his local club who his father also turned out for.

It was a career that spanned two decades and saw the prolific and legendary striker win the German Footballer of the Year on three occasions as well as coming third in the 1960 Ballon d’Or, getting just six fewer votes than Ferenc Puskas.

Surprisingly, this powerful frontman only outscored the rest of the Bundesliga in a solitary season despite firing an astonishing 404 goals in 476 appearances in all competitions.

Twice a losing World Cup finalist with Die Mannschaft, the artful but deadly Rummenigge is nevertheless a name forever associated with the tournament, a totem for Germany’s prestige on the global stage.

One of only nine players to have won the Ballon ‘d’Or twice or more the Bayern Munich hit-man may have been a formidable presence inside the box, but he was also capable of the sublime, winning the Bundesliga Goal of the Year merit in consecutive seasons.

Describing his assets brings to mind Thomas Muller with a bit of Lewandowski thrown in. In the early Eighties no forward gave goalkeepers greater nightmares.

A pivotal figure in Kaiserslautern’s memorable title success in 1991, Kuntz is perhaps best known beyond Germany for scoring a Euro semi-final equaliser against England before slotting home one of the subsequent penalties.

For those of us indulging in football bets tonight, sweating on a draw with ten minutes remaining, how much would we love to have such a cold-blooded striker spearheading our backed team?

Yet that semi was one of only 25 appearances the current head coach of Turkey made for his country, a meagre tally for a player who scored a formidable 179 Bundesliga goals across 18 seasons.

Still, he has won a major international tournament and there are significantly more players who can’t say that than can.

Perhaps it was the clubs he represented that limited the acclaim his talent deserves because remarkably for the eighth highest Bundesliga scorer of all time, the title-winning Red Devils was the biggest outfit he signed for.

Coming in ninth in the all-time Bundesliga top scorers list, Muller is elevated a couple of places here because frankly he warrants a break.

In the Euro ’76 final, the Offenbach-born poacher fired Germany back into the game only to watch on helplessly from the centre-circle as Antonin Panenka settled matters for the Czechs with the most famous and audacious of spot-kicks.

A year later, playing for FC Koln, Muller scored six times against Werder Bremen in a thumping 7-2 victory. Scheduled to be televised to a national audience the game ultimately wasn’t when the cameramen went on strike.

In 2012, aged 58, he fell into a five-day coma following a cardiac arrest. Now fully recovered but no longer involved in the game, Muller deserves to be honoured as one of the most ferocious and reliable finishers of his era.

In possession of a fine thatch of blonde hair with a moustache to match, Burgsmuller terrorised Bundesliga defences for nearly 20 years, scoring the bulk of his goals at Borussia Dortmund before winning his first and only league title with Werder Bremen in 1988 at the age of 38.

What marks ‘Manni’ down a genuine great is not only his goal-scoring record that amounts to 213 Bundesliga goals in 447 games, but that post-retirement he enjoyed a second wind as a kicker for Rhein Fire, a European American Football side.

In 2002, aged 52, he became the oldest professional to ever grace the sport. Dortmund may be considerably behind Bayern currently in the Bundesliga betting odds but that would surely change is they had Manni around, leading the line.

Aside from a two-year spell at Chelsea, the Peruvian hitman exclusively plied his trade in Germany, from the turn of the century to his retirement in 2020, aged 41, starring for Bayern (twice) and for Werder Bremen a staggering five different times.

His 197 goals may partly be attributed to his longevity but the player who randomly once co-owned a racehorse with Joey Barton was always far more than a goal-scorer regardless.

Fleet-of-foot and an exceptionally clever attacker, Pizarro can claim to be one of the finest imports the German league has ever had the good sense to welcome.

Was Heynckes a better footballer or coach? It’s a tricky call to make because at Borussia Monchengladbach, as a figurehead of their all-conquering Seventies vintage, he won four Bundesliga titles.

Several decades later he repeated that feat at Bayern, watching on from the technical area.

Perhaps his Champions League success at Real Madrid in 1998 swings it for his managerial credentials? But then there’s the small matter of lifting the World Cup in 1974 for Die Mannschaft.

Not an especially well-known player outside of Germany so let’s help put that right.

Not only did Fischer score an avalanche of Bundesliga goals for four clubs, reserving most of them for Schalke, but so many were beauties, whether they be acrobatic or long-range volleys.

His overhead equaliser against France in the 1982 World Cup semi final lives long in the memory while a rare few forwards indeed can boast of scoring four past Bayern.

In the production line that creates magnificent players a mix-up meant Fischer was bestowed with both the skills of a magician and the eye for goal of a predator.

So astounding was the prolificacy of ‘Der Bomber’ that for the generation fortunate enough to witness him he will always be linked to one thing only – the scoring of goals.

His 365 in the Bundesliga – one for each day of the year – is a mountainous number that surely will never be surpassed but what truly puts his haul into sharp context is his overall ratio. Across 14 seasons for Bayern, Muller scored every 105 minutes.

Just 5 ft 9 in his boots and not blessed with electric pace, it was his serrated instincts that struck fear into opposition back-lines. Half a chance, a blink of an eye, and it was in the net.

How many records and goal-scoring feats are necessary to justify the Pole’s standing as the greatest Bundesliga striker of all time? Are you in a hurry or do you have several hours to spare?

Let’s start with the most meaningful ones which should suffice. Lewy has been the league’s leading marksmen on six separate occasions, scoring an incredible 224 goals in 238 Bundesliga outings to date.

In 2020/21 he beat Muller’s 49-year-old record of firing the most goals in a single season, netting 41, and this amounted to a goal every 60 minutes. In that same campaign he scored in 19 consecutive matches, yet another unprecedented achievement.

Routinely deprived a Ballon d’Or by the duopoly of Messi and Ronaldo, our Bundesliga predictions tip Die Roten to triumph again this year. Why? Because up front they have Lewandowski.

Football Tips
Bundesliga Tips
About the Author
By
Stephen Tudor