What are the biggest La Liga transfers of the last decade? We look at 10 of the top summer transfers to La Liga since 2010... 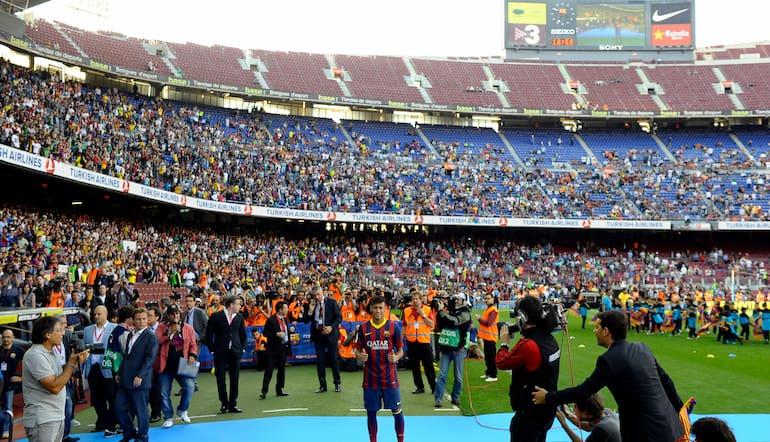 La Liga is often at the centre of the biggest summer transfers. Real Madrid and Barcelona have spent massively since 2010, for instance, as Spanish clubs have frequently come out on top in Champions League football betting.

From players still relevant in La Liga predictions to those who are nearing the end of their careers, we have compiled a list of the biggest Spanish football transfers since 2010.

The ‘size’ of the transfer is not just on transfer fee. It’s a mix of their impact on the field, the cost, and in some cases, performance relative to expectations.

It’s fair to say Iago Aspas’ brief stint with Liverpool did not work out. He was loaned to Sevilla after a year with an obligatory purchase option.

However, once Sevilla bought Aspas, they immediately moved him to Celta for around €5 million.

What a bargain that has proved to be. Aspas has top scored for Celta in six straight seasons, and led them to a sixth-place finish in 2015/16.

He’s scored 103 La Liga goals in just 185 league starts since his return to Celta – this is one of the great value signings in recent memory.

That may seem an odd thing to say about a player who became the most expensive goalkeeper in La Liga history when he signed for €18 million in 2014, but Oblak has more than repaid that fee.

It doesn’t take a La Liga betting expert to know how good Oblak his. Only a handful of goalkeepers have been anywhere near his level over the last few seasons.

Twice named to La Liga Team of the Season, a league winner and four times the ‘Best Goalkeeper’, Oblak has the team and individual accolades to show for his shot-stopping supremacy.

Unable to break through at Arsenal, Carlos Vela completed a permanent move to Real Sociedad in the summer of 2012.

It proved to be one of the great La Liga deals, with Vela leading the way as Sociedad qualified for the Champions League in 2012/13.

The Mexican was also key in 2016/17 as Sociedad made the Europa League through a sixth-place finish.

Now lighting up MLS, Vela’s career has gone from strength to strength since swapping north London for San Sebastian.

Luis Suarez arrived at Barcelona in controversial circumstances. It might have slowed his arrival with the team, but it didn’t alter the player Barcelona had.

Suarez scored 198 goals in 283 appearances for the Catalan giants, forming an unstoppable partnership with Lionel Messi.

He won back-to-back La Liga titles (twice) with Barca, and lifted the Champions League as he, Messi and Neymar tormented defences across the continent.

Looking to cut salary, Barcelona let Suarez move to Atletico in 2020. He won a fifth league title and finished as the fourth top scorer.

Arriving at Real Madrid from Benfica for around £20 million in 2010, Angel di Maria’s Bernabeu career was not as decorated as it could have been.

Di Maria was an integral player in a league winning team, and La Decima would not have happened without him.

Di Maria’s tenure in the capital was cut short when he moved to Manchester United in 2014. He never settled in Manchester, soon ending up in Paris.

Di Maria was as reliable as he was brilliant for Los Blancos, registering almost 200 appearances and playing an important role in the front line with Karim Benzema and Cristiano Ronaldo.

Since becoming a worldwide sensation as a teenager with Santos, European football was awaiting news on Neymar’s future. He ultimately signed for Barcelona in what proved to be a very messy transfer.

Over 56,000 fans turned up at Camp Nou for Neymar’s unveiling, which was just a taste of the attention the Brazilian star was going to get.

The trophies flowed, including a treble. Many pondered if Neymar, Lionel Messi and Luis Suarez were the best front three of all-time.

Ultimately, though, Neymar outgrew the role of Robin and took his talents to Paris, where he’s still looking for that elusive second Champions League win.

Jose Gimenez was only a teenager when he left Danubio in Uruguay for Atletico. It was an undisclosed fee, and it wasn’t met with the same fanfare as many other deals on this list.

It didn’t take long, however, for Gimenez to prove himself as one of Europe’s best central defenders.

Only a squad player during the 2013/14 title win, the Uruguayan has become a stalwart since, registering over 200 appearances for Atleti.

Gareth Bale was a world record signing. He arrived with unachievable expectations and has never managed to develop a positive relationship with the Real Madrid fans.

Injuries played their part, as did Bale’s inconsistent performances. In his stay, though, he has delivered when it matters most for Los Blancos, scoring trophy-winning goals, and spectacular ones at that.

Bale was never going to be Ronaldo mark two, but there’s no question his signing was a massive success despite an up and down relationship with Zinedine Zidane.

It was Atletico who came out on top in 2019, stumping up over £110 million for the Portuguese phenom, though Felix has taken time to find his role in Diego Simeone’s side.

The other attacking signings, including Luis Suarez, have taken some of the pressure off, however, and Felix played 1570 minutes in 2020/21 as Atletico won their second La Liga title of the Simeone era.

While Felix is yet to have the impact of others on this list, his career is just beginning. With the talent he possesses, the former Benfica forward could become an Atleti legend.

He might not be one of the La Liga top scorers, but Luka Modric is one of the league’s greatest players of the modern era.

A Ballon d’Or winner, two-time league winner and four-time Champions League winner, Modric has been an ever-present in the Real Madrid midfield.

He was already special at Spurs. Leaving the Premier League was a risk, and a step that not every player can make. Modric, though, took to the Bernabeu with ease.