Boxing Referee Salary – How Much Do Boxing Officials Earn? (2022)

What was the average boxing referee salary in 2022? We look at boxing refs earnings across the sport & discuss the biggest fight night match fees in boxing. 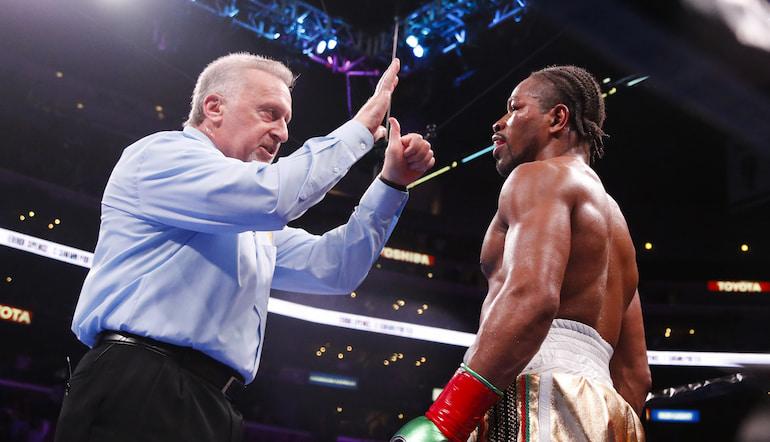 While fighters are often paid huge sums of money for the biggest bouts, boxing referees operate on a strict match fee schedule – though there are a few anomalies to the rule.

Those into online betting will know a bit about boxing referee salary but the wider sports community may be surprised at some of the financial figures involved.

Here, we look at boxing referee fees and how much refs can earn. From taking charge of the biggest fights across boxing weight classes to amateur referees, the earnings are very interesting indeed.

It is worth noting that many of the numbers involved in this piece are estimate figures, with exact boxing referee salary varying on a case-by-case basis.

How much do boxing referees get paid?

Referees are assigned and paid by the fight promoter in professional boxing and that means the pay for each bout can vary depending on several factors.

Firstly, an experienced referee will naturally seek a higher pay packet than a newer official while a title fight can also add extra financial incentive for a boxing referee.

Generally, the higher profile the fight, the higher the pay for the referee. If the bout is a pay-per-view event, that also contributes to a greater chance for boxing referees to earn more.

According to boxing referee Joe Cortez, the ‘purse’ for boxing referees is higher in Nevada than it is in other areas of the United States. After all, Las Vegas is regarded as the Mecca of boxing.

Various online sources reveal that boxing referees make around £2,500 per main card fight though some fights can attract a much higher financial figure.

According to reports, Kenny Bayless earned around £7,500 for refereeing the fight between Floyd Mayweather Jr and Manny Pacquiao in 2015.

Figures obtained online claim that Bayless and Cortez are among the highest paid boxing referees on the planet, along with the likes of Daniel Van de Wiele and Howard Foster.

For main pay-per-view events, Cortez can earn upwards of £10,000 for one of the biggest fights in the sport, which would give him a base salary of well over £200,000 per year.

While this isn’t a typical boxing referee wage, it does show how the best officials can make an excellent living from the sport.

Entry-level boxing referees can earn around £350, taking charge of selected undercard fights as they build a portfolio en route to becoming a professional boxing referee.

Once an official has gained enough experience, a pro boxing ref contract may be offered. From there, the pay grade for boxing referees begins to soar.

Professional referees can earn around £3,500 per fight though that figure could rise to as high as £15,000 for a pay-per-view headline world title bout.

The difference in earnings is staggering given the yearly earnings for an entry level referee works out at around £9,500 per year but that’s just the way it is.

Boxing salaries are lucrative when you’re at the top of the sport – whether that is as a fighter, as a promoter or as a referee.

The boxing match fee scale varies considerably depending on a referee’s status in the sport, with the highest profile officials attracting bigger pay days than younger professionals.

The average boxing referee wage has increased over the years but the figures involved just cannot compare to the money earned by fighters and promoters.

According to online sources, boxing referees earned an average of £25,000 per year last year though some officials earned a colossal sum of money.

The top 10 percent of boxing referees earned around £60,000 per year, which goes to show the figures involved among the top end of the boxing referee salary grades.

With so much money at stake for officials, punters considering live betting on boxing should remember that officials are often just trying to do their best to secure a bigger pay day in the future.

With so much hype surrounding boxing in Las Vegas, it is little surprise that most major world title fights take place in the United States.

Boxing referees have minimum pay rates based on the size of each event and the total purse for the fight – so the bigger fight, the bigger percentage pay for the referee.

According to the California State Athletic Commission figures, the minimum a referee will be paid for a World Championship fight in the US is £1,236 for a fight.

Interestingly, each judge picks up £1,041 for one of these fights and timekeepers earn £260 per bout. There is a significant referee match fee drop for regional championship fights, with officials earning at least £390 for taking charge.

The appointment of a referee shouldn’t impact boxing odds for a particular fight but there is a slightly different style when it comes to officiating in Britain and across Europe.

On this side of the Atlantic, the World Boxing Union sanction referee match fees determined on the total fight purse. If the purse is less than £42,258, referees are paid £507 per fight.

This can increase drastically, with referees earning £2,112 for officiating a bout with a purse of over £850,000.

Again, the figures can vary based on whether a fight is a national, regional or world title bout but those match fees are relatively fixed by the WBU.

Do amateur boxing referees get paid?

Whether you’re an amateur referee taking charge of the best female boxers in the area or simply officiating two up-and-coming fighters, the role of an amateur boxing referee is voluntary.

This means that amateur boxing officials do not earn a salary nor do they make any money from officiating via a match fee.

The Amateur Boxing Association England can provide training and practical examinations for applicants who wish to become boxing referees though and partaking such a course can lead to further opportunities.