Ranking The Top 10 Most Exciting Fighters In Boxing

Our sports tipster looks at the 10 most exciting fighters in boxing – but who takes the number one spot in our rankings? 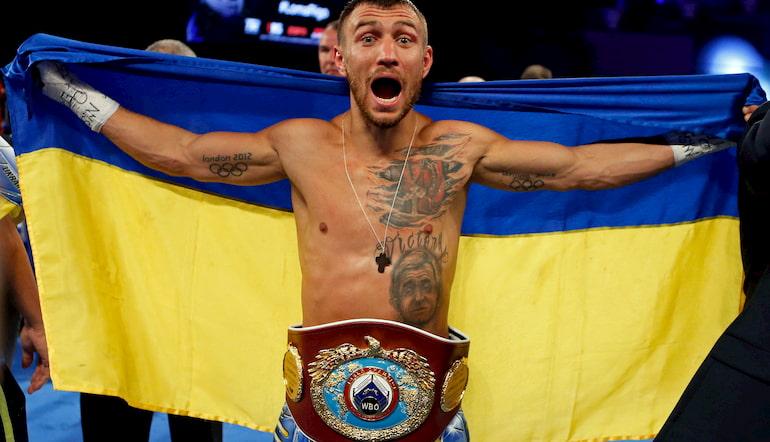 Boxing is one of the toughest sports on the planet. Not for the faint hearted, you have to be made of pretty stern stuff to engage in physical combat in the boxing ring.

Only the best fighters will go on to achieve greatness in the sport, though some fighters are determined to put on a show while going about their business.

Most Exciting Fighters In Boxing:

You can be a great champion without putting on a show. The likes of Floyd Mayweather Jr and Wladimir Klitschko were ruthless but neither fighter stood out for entertainment value.

Here, we have a go at ranking the 10 most exciting fighters in boxing. If you want to be on the edge of your seat while boxing betting, these are the fighters to follow.

Now 34 years old, Beterbiev has dominated the light heavyweight division for some time. Since claiming the IBF world title in 2017, Beterbiev has dealt with each challenge thrown his way.

Although not the most technical boxer in the world Beterbiev is incredibly powerful and his 100% win by knockout rate puts him in an elite group of fighters.

Beterbiev showed his class when beating the undefeated Oleksandr Gvozdyk last year – a victory that confirmed his status as the best light heavyweight in boxing.

With 18 of his 29 wins coming by way of knockout, Whyte is certainly capable of producing a highlight reel moment for heavyweight boxing fans.

In play betting odds had Whyte as the clear favourite against Alexander Povetkin before the Russian landed a stunning uppercut to claim victory. At heavyweight level, that is always the risk.

However, Whyte can avenge that defeat with success in the rematch. The wait for a world title fight goes on but Whyte remains one of the biggest power punches in boxing.

For the boxing purist, Crawford is arguably the most technical boxer in the world. With fast hands, intelligent thinking and reliable defence, Crawford is an exceptional fighter.

Crawford has been there and done it all in three different weight classes. While you could claim that Crawford has yet to fight a superstar, he is still very exciting in the ring.

Should Crawford, unbeaten in 36 professional fights, beat Manny Pacquiao or Errol Spence Jr in the near future, he may rank even higher on boxing lists in the future.

A true legend of the game, Pacquiao has been around for longer than any of his rivals on this list. If you want to learn more about boxing, watch Pacquiao’s fights.

Pacquiao has won a world title in eight different weight classes over the years and he is still one of the most consistent fighters around, even at 41 years old.

According to reports, Pacquiao could be set to take on four-weight champion Mikey Garcia next year and that would be a mouth-watering bout for boxing fans around the world.

Having turned professional in 2013, Usyk has gone from strength to strength in recent years and dominated the cruiserweight division – winning his first world title in his 10th bout.

Usyk decided to make the step up to heavyweight after unifying the division in 2018 though he has made just one appearance in the ring since then.

The Ukrainian oozes confidence and cruises through his fights before landing a devastating combination quick as a flash. It wouldn’t be a huge surprise to see Usyk competing for the world heavyweight title in the near future.

Taylor has helped to put women’s boxing on the map and the Irish fighter is a destructive figure in the sport. At the time of writing, she has a 16-0 record with six knockouts.

Already the undisputed world lightweight champion, Taylor has achieved greatness during her professional career. However, she is targeting more success in the coming years.

Keep an eye out for Taylor in sports betting odds ahead of her next bout. She is regarded as the best female boxer on the planet and the sky is the limit.

Inoue has been involved in some fantastic fights throughout his career, none more so than the 2019 Fight of the Year contender with Nonito Donaire.

Some way clear as the best bantamweight boxer on the planet, Inoue has fans on the edge of his seat whenever he steps foot in the ring. He is an absolute joy to watch.

Now promoted by Top Rank, Inoue will be fighting in the United States of America in the near future. A move up to the next weight class could be on the cards…

Canelo has fought some of the greatest fighters in modern times, defeating the likes of Miguel Cotto and Daniel Jacobs. Oh, and he also claimed victory against Gennady Golovkin in one of the best fights in boxing history.

The only loss on his record came against the legendary Floyd Mayweather Jr though many believe that bout came too soon for Canelo. The Mexican was just 23 years old.

Alvarez defies logic with his performances in the ring – he is the super middleweight master but could arguably defeat anyone at middleweight and light heavyweight.

Widely regarded as the top pound-for-pound fighter on the planet, Lomachenko has taken his game to new heights since turning professional in 2013.

Hailed for being one of the greatest ever amateurs, Lomachenko won gold at the Olympic Games in 2008 and 2012 – and he is now the king of the lightweight division.

In terms of athleticism, Lomachenko is up there with the best in the business and he rarely makes a mistake. A real expert of his trade, Lomachenko always puts on a show.

Lomachenko comes close to top spot but Fury’s comedy value puts him clear as the most entertaining fighter in boxing. From press conferences to in-ring antics, Fury is an iconic figure in the sport.

Responsible for some of the greatest boxing quotes, Fury has defied the odds throughout his career but he is now back to being at the top of the heavyweight division.

While some would argue that there is no room for showboating in boxing, Fury has the tactical nous and physical strength to pull it off.