Who is the best pound-for-pound boxer on the planet? Our writer looks at the start of world boxing… 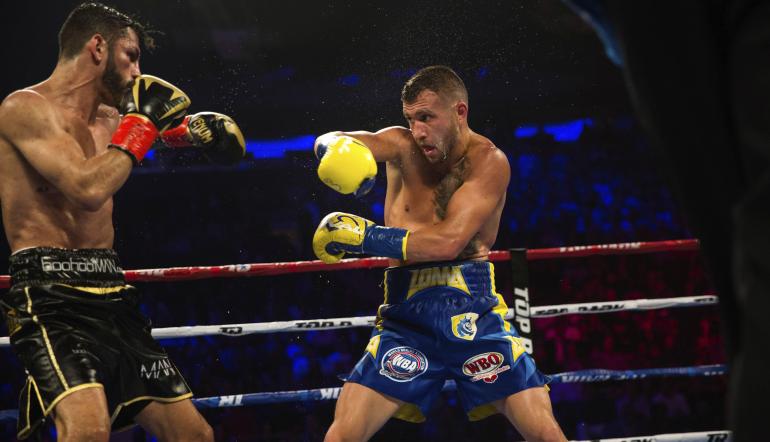 Boxing can be a difficult sport to judge at the best of times.

In today’s day and age, boxing aficionados have come up with ‘pound for pound’ rankings to determine which fighters are the best in the business. Here are our top 10 pound-for-pound boxers as we end 2019.

Estrada is a two-weight world champion and he deserves his spot on this list. He lost to Roman Gonzalez in his first world title bout at light-flyweight level but relished the step up to flyweight, eventually unifying the division.

Since then, the Mexican has gone on to win the WBC belt at super-flyweight and he will be one to follow in 2020. Estrada proved himself as tough as they come against Srisaket Sor Rungvisai back in April, securing victory by unanimous decision.

Joshua sneaks onto this list after regaining his world heavyweight titles in the Clash of the Dunes. The British fighter was dominant from start to finish against Andy Ruiz Jr and boxing fans will hope to see Joshua face Deontay Wilder or Tyson Fury in 2020.

Now arguably the best heavyweight boxer in the sport, Joshua’s euphoric journey to the top of world boxing has been fantastic to follow. British boxing fans will hope that he can cement his status as a top 10 pound-for-pound superstar.

Garcia was undefeated before his bout against fellow boxing star Errol Spence but he failed to cope with the move to welterweight. Even the most ardent Garcia fan would struggle to argue against that but it wouldn’t be a huge shock to see the American bounce back.

With a tough clash against Jessie Vargas approaching in February, Garcia could get back to winning ways at the first time of asking. Garcia failed to win a round on all three judges’ scorecards in the Spence bout and a change in tactics may be adopted.

Golovkin and Canelo’s rivalry has been well-documented over the years, with their second bout ranking as one of boxing’s greatest rematches. Known all over the world, Golovkin is to boxing what Roger Federer is to tennis.

Often referred to as ‘Triple G’, Golovkin has been linked with a third bout with Canelo. Fans from all over the world will be hoping that boxing could be set for one of the biggest trilogy bouts in the history of the sport – and Golovkin might even settle the score.

Usyk’s rapid rise up the cruiserweight division led to him unifying the belts inside just 15 professional bouts. The Ukrainian’s fight with fan favourite Tony Bellew put him on the map in British boxing and Usyk could be the next heavyweight superstar.

Although he doesn’t boast tremendous height, Usyk is tactically astute and he will put the best heavyweights in the business under immense strain. Write him off at your peril, we may see Usyk climb these pound-for-pound rankings in the coming months.

Spence has been dominant in the welterweight division since 2017, defeating Kell Brook to claim the IBF title. Spence has since gone on to defeat the great Mikey Garcia before unifying the division against Shawn Porter.

At 29 years old, Spence has the world at his feet and he is still improving. One of the sport’s biggest names, Spence is likely to feature prominently in boxing betting odds ahead of his next fight. Keep up with he latest news and tips ahead of 2020.

Another fighter with a spot cemented in the top five – Crawford has won world titles in three different weight classes. However, his greatest achievement of all was becoming the undisputed super-lightweight king. That fight with Julius Indongo will live long in the memory...

You could argue that he has yet to be seriously tested. Crawford has been accused of hand-picking opponents but it would be disrespectful to ignore his accomplishments. If he can unify the welterweight division, he could break into the top two in these rankings.

One of Japan’s sporting heroes, Inoue has cruised through the light-flyweight and super-flyweight divisions and he is building a stronghold in the bantamweight division. Without a doubt, Inoue is one of the most exciting fighters in world boxing.

Inoue has been dominant against good opponents in recent fights, defeating Jamie McDonnell, Juan Carlos Payano and Emmanuel Rodriguez within a combined total of four rounds. His most recent bout went to the judges’ scorecards but he did more than enough to come out on top.

Lomachenko had an incredible 396 victories from 397 fights as an amateur and he has taken to professional boxing like a duck to water. The two-time Olympic gold medallist has already won world titles at three different weight classes – an incredible feat.

He made light work of Anthony Crolla before outclassing Luke Campbell for 12 rounds to notch a one-sided unanimous decision. He is the clear pick as the second best boxer on the planet, with only Canelo above him in our pound-for-pound rankings.

You only have to look at Canelo’s impressive list of scalps to understand why the Mexican ranks at the top of our list. Barring that courageous defeat to Floyd Mayweather Jr, Canelo has been almost perfect throughout his 14-year professional career.

Canelo has wins over the likes of Golovkin, Daniel Jacobs, Amir Khan and Miguel Cotto and you won’t find too many boxing fans playing down his achievements. He is our pound-for-pound king and hopefully we won’t have to wait too long for his next fight.