Michael Owen shattered his reputation as a Liverpool great when he joined Manchester United but can he ever repair the damage? 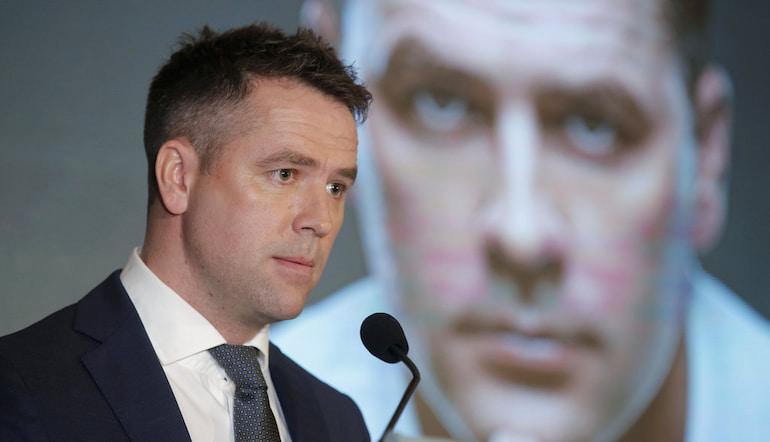 Michael Owen has a complicated relationship with Liverpool fans. A teenage sensation, Ballon d’Or winner and star of the treble winning side, Owen was adored by the Kop like one of their own, but a move to Real Madrid disrupted that love affair.

Owen returned to the Premier League soon after. While he has spoken at length about his desire to return to Anfield, Newcastle swooped with a club-record bid and secured his services.

He made just 79 appearances over four seasons for the Magpies, scoring 30 goals.

Another attempt to return to Merseyside failed. Owen’s relationship with the Anfield faithful was already hanging by a thread. A decision to sign for Manchester United cemented his status as an enemy of Liverpool fans worldwide.

Owen had attempted to return to Liverpool and once again be a factor in Liverpool betting tips.

The club was not interested at the time of his move to Old Trafford, though, and he was left to choose between Alex Ferguson’s winning machine, Everton and Hull. It was a no-brainer.

Speaking in 2018, Owen said, “If you’re going to say no to Manchester United, you might as well just retire.

"I did all I could and I can’t do any more. Circumstances just meant that I couldn’t ever go back [to Liverpool]."

At the point of Owen’s move to United, Liverpool to win the league odds were the shortest they had been in years. There was no need for an injury-riddled, post-peak Owen.

He has always been pragmatic about the decision, yet the vitriol from Liverpool fans after he moved to Real Madrid clearly hit hard.

Owen told The Guardian, "I've got to earn a living, provide for my family. I supported Everton as a kid. I never supported Real Madrid, but I played for them. It's a job opportunity, just like anyone else's work."

Back at the scene of the best atmosphere I’ve ever played in. Celtic v Liverpool 1997. I suspect tonight might be pretty lively….. See you shortly on @btsport pic.twitter.com/IG2vBOqAwH

Even years after retirement, it hurts Owen how he is viewed at Anfield.

"It has been painful going back to Anfield. Crying in the players' lounge and hoping nobody sees. It has been torture for a long time.

"It is like splitting up with your wife. I can only blame myself, I said yes to Real Madrid. I still love Liverpool. Different to [Carragher], you are still at that club being idolised. I was you.

"And yet there is a polarised opinion because of me thinking I will go away for a year and all of a sudden it is all ruined.

"If I am walking along the Kop, they’re saying ‘you Manc’ or whatever and I have got to live with that. It has killed me for ages and the wound will never go."

Returning to Anfield as a Manchester United player, on the other side of one of football’s biggest rivalries, might have been difficult, but Owen now believes there is respect from both fan bases.

"Well, I’m absolutely fine at both. I’m respected at Man United; the derby winner, Champions League hat-trick, goal in a cup final. It’s not like I’m one of their own, we know that, but there’s mutual respect and good memories."

In truth, Liverpool fans generally do not hold the same ill-feeling towards Owen as they did when they were mocking him for missing out on their 2005 Champions League win.

Time is healer in that regard. The irritation at his decision to join Manchester United has faded, too.

While the relationship has improved, it would be wildly optimistic to suggest it can be ‘fixed’. Owen will always be the man who not only abandoned the club where he became a Ballon d’Or winner, but who rubbed salt into the wound by signing for United.

The truth about his failed returns to Anfield are lost to history – the damage has been done.