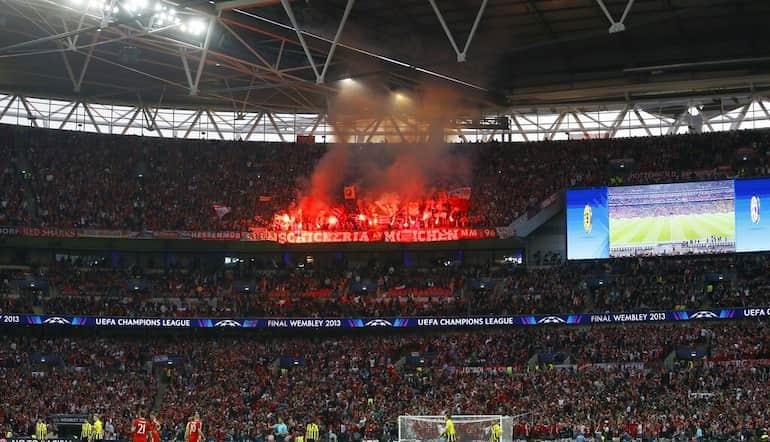 The aim of every team featuring in Champions League betting odds is to reach the final. Such aspirations are more realistic for some than others, of course, and the road to the final begins long before the high-profile group stage fixtures.

For the biggest clubs, all focus is on taking part in club football’s biggest fixture. Hosting the Champions League final is an honour for any stadium and city.

The Champions League final is one of the biggest yearly betting events. Hundreds of millions watch the match from all over the world.

It’s a fixture where careers are made and legacies can be tarnished – the lights don’t get brighter than this. Let’s learn about more about the history of Champions League final host cities.

Much like the Super Bowl, Champions League final host cities are planned out years in advance.

Teams not only know the city they’re aiming for at the end of the upcoming Champions League campaign – they will also be aware of the Champions League final locations for three of four years afterwards.

Stadia are only eligible to host a Champions League final if they class as a Category 4 Stadium under UEFA’s Stadium Infrastructure Regulations.

In simpler terms, this is about sufficient capacity, room for media members and floodlight standards. There are lots of boxes that need to be checked for a stadium to even meet the minimum requirements in all sorts of categories.

UEFA have decided to relocate the final of the 2021/22 UEFA Men’s Champions League from Russia to France.

The Stade de France will now host the final. pic.twitter.com/FtDesDaYAR

Importantly, though, being a Category 4 isn’t sufficient to be considered. Since 2007, UEFA has generally aimed for finals to be played in arenas with a capacity of at least 70,000.

Of course, this hasn’t always been feasible, with Estádio do Dragão (capacity of 50,000) hosting the 2021 final, but unsurprisingly UEFA wants its showpiece fixture played in a ground with a sizeable capacity.

Football isn’t exactly famed for its transparency. There is no list we can scroll through of Category 4 stadia, though it has been reported that only half of the stadiums that meet the initial criteria are considered for Champions League finals.

The actual process for picking a stadium is similarly unclear. The UEFA Executive Committee Meetings are conducted every few months to tackle many issues around European football.

One thing that falls under their jurisdiction is deciding on Champions League final locations years in advance. This committee is elected by the UEFA Congress, and contains 20 members with no more than one per country.

Wembley has hosted the most Champions League finals with seven. Of course, these have been split across the old and new Wembley, with two finals (2011, 2013) being played under the arch. 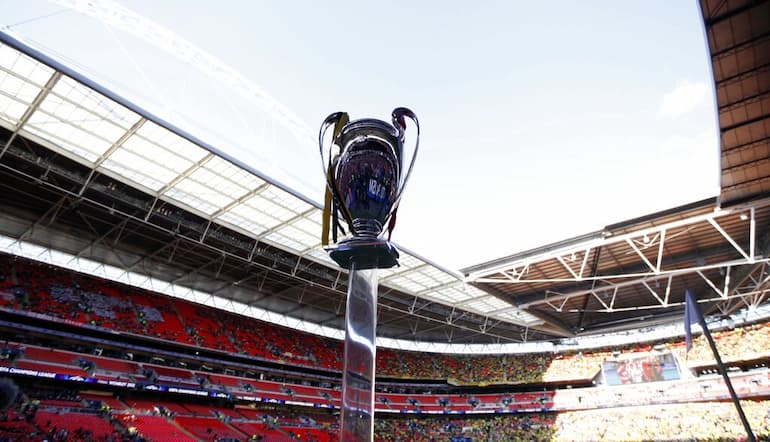 The Santiago Bernabeu, San Siro and Stadio Olimpico have hosted four Champions League finals apiece – none of this triumvirate are scheduled to host a final in the coming years. Wembley is set to extend its lead to eight with the 2023-24 final.

The Stade de France will become the 11th stadium to host at least three Champions League finals in 2021-22. It previously housed Real Madrid’s 3-0 win over Valencia in 2000 and Barcelona’s dramatic triumph against Arsenal in 2006.