Our writer counts down the top 10 Champions League final goals – do you agree with his selections? 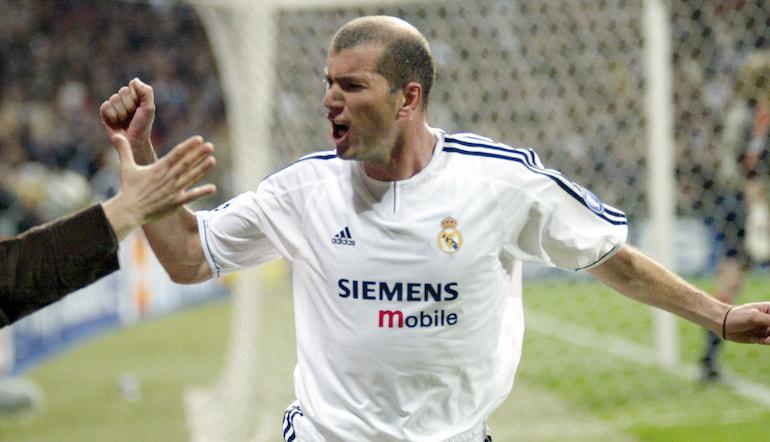 Undoubtedly the highlight of domestic football across Europe, the Champions League is the competition that every young footballer wants to win.

Only the best of the best can lift Europe’s elite trophy and some of the greatest footballers of all-time have missed out on Champions League glory.

Champions League betting odds will show the usual contenders leading the way but there is usually a surprise or two in the knockout stages. Ajax, for example, reached the semi-finals of the 2018/19 competition.

Without further ado, it’s time to look at the 10 greatest Champions League final goals. If you know a thing or two about European football, you are likely to recognise these fantastic strikes.

Chelsea’s run to the 2012 Champions League final was incredible to watch. Football betting tips were against the Blues time and time again but they always managed to find a way.

Playing Bayern Munich at the Allianz Arena is a daunting task at the best of times but add the pressure of a Champions League final and it is almost impossible.

When Drogba equalised with this bullet header on 88th minute, I felt then that it would be one of the greatest nights in The Blues history....
In true Undertaker style - the Allianz Arena was Bayern Munich’s yard but then Chelsea FC became the big dogs of the yard ???#CFC pic.twitter.com/j0uMyhl3rW

A late Thomas Muller goal looked to have settled it but Didier Drogba smashed a bullet header past Manuel Neuer with less than two minutes to go.

It felt like Chelsea were destined for European glory and, as the game went to penalties, you just knew Drogba would be involved once again. The rest, as they say, is history…

The first Englishman to score for Real Madrid in Europe’s elite competition, McManaman was central to his side’s success in the 2000 Champions League final.

A trophy he lifted twice for Real Madrid...✌️pic.twitter.com/beimFIeLxD

When Roberto Carlos’ long throw was headed to the edge of the penalty area, McManaman caught a sweet scissor-kick volley that flew past Santiago Canizares in the Valencia goal.

In terms of skill, Bale’s strike against Liverpool is up there with the best of them. The Wales star was left on the bench but he would have a very important role to play.

Having been on the pitch for less than three minutes, you could forgive Bale for trying an audacious bicycle kick from the edge of the penalty area.

Gareth Bale's incredible bicycle kick against Liverpool has NOT been nominated for UEFA's 2017/18 Goal of the Season award... ? pic.twitter.com/epkaQ4ZkWp

To the amazement of football fans around Europe, Bale’s effort looped over Loris Karius in the Liverpool goal. That strike sent Real on their way to a third successive Champions League crown.

Punters who bet on football have rarely seen a goal in the modern era to rival Bale’s effort. Will he still be at the Santiago Bernabeu next year? Only time will tell.

This was a goal that the great Diego Maradona would’ve been proud of. When Argentina forward Milito picked up the ball, he had plenty to do to create a scoring chance.

However, Milito turned the Bayern defender inside out before slotting a smart finish past the onrushing goalkeeper to send Jose Mourinho wild on the Inter touchline.

On this day ten years ago, Louis Van Gaal's young Bayern side fell to a 2-0 defeat in the 2010 Champions League final against Jose Mourinho's Inter. Diego Milito scored both goals to deny an Arjen Robben-inspired Bayern their first-ever treble.

The way Milito jinked into the penalty area was sublime and he produced a finish to match. Football fans from all over Europe stood in unison to applaud this incredible individual effort.

Bayern were crestfallen while Inter were jubilant. Sometimes, you just have to admire the opposition and that Milito goal was a moment of magic worth admiring.

AC Milan haven’t featured in Champions League predictions for a number of years now but the Serie A giants are still one of the most successful teams in European Cup history.

Two goals to the good and half-time approaching, Milan produced a lethal counter-attack that many felt put the 2005 Champions League final to bed.

Brazilian playmaker Kaka made one of the great Champions League assists, playing an inch-perfect pass to dissect the Liverpool defence. Crespo held his nerve to dink the ball past Jerzy Dudek to put Milan three up before half-time.

They may have lost on that incredible night in Istanbul but Crespo’s goal will live long in the memory – the pass from Kaka, the nonchalant chip from Crespo. Absolutely magnificent.

“And Solskjaer has won it!” – this piece of commentary is now synonymous with the 1999 Champions League final as Manchester United completed an unprecedented treble.

With two goals in injury time, that famous triumph in the Nou Camp ranks as one of the greatest Champions League comebacks and Solskjaer’s deft flick is the most important goal in the club’s history.

A night that would shape the history of one of the world's biggest clubs.

David Beckham’s inch perfect corner was headed on by Teddy Sheringham before Solskjaer directed the ball past the helpless Oliver Kahn in the Bayern goal.

While it wasn’t the most technical goal on this list, the importance of the strike and what it helped to achieve is a key factor in our Champions League final goals rankings.

Barcelona produced one of the most dominant Champions League final displays against Manchester United in 2011 and David Villa capped it off with a scintillating effort.

The Red Devils found themselves chasing shadows early on, with the likes of Pedro and Lionel Messi wreaking havoc though United were still in contention in the second half.

With United pushing to try and draw level, Barcelona started to find space in the United half and Villa took full advantage after some great work from Sergio Busquets.

The Spain striker had plenty to do but he curled a sublime shot past Edwin van der Sar – and that is no easy feat! In a game of many highs for Barcelona, this was a standout moment.

Heavy underdogs ahead of kick-off, Borussia Dortmund had raced into a two-nil lead in the first half but Alessandro del Piero’s creative effort reduced the deficit.

With 70 minutes on the clock, 20-year-old Lars Ricken came onto the pitch and less than 20 seconds later he had scored one of the great Champions League goals.

With his first touch of the ball, Ricken produced a delicate chip over Angelo Peruzzi to give Dortmund breathing space.

The online betting odds were against Ricken scoring with his first touch but he found himself in the right place at the right time. And boy, what a finish it was.

Barcelona suffered one of the most embarrassing Champions League defeats of all-time when they lost 4-0 to AC Milan in 1994 and Savicevic’s goal is still talked about today.

The Milan forward was hardly prolific during his time at the San Siro and in some ways that makes his effort against Barcelona all the more impressive.

Yes, the goal came from a Barca mistake but Savicevic still had plenty to do and his exquisite lob was judged to perfection. This was a strike of the highest order.

Winning a European final by four goals is some feat and Savicevic’s chip was the icing on the cake. To this day, the four-goal margin of victory has never been equalled.

The undisputed king of Champions League final goals, Zidane’s strike against Leverkusen will take some beating.

As the ball looped high into the Glasgow sky, Hampden Park watched on with bated breath as Zidane lined up a strike that would be emulated in parks around the world.

⏪ #OnThisDay 18 years ago, Zinedine Zidane scored ????, as @realmadriden won the @ChampionsLeague at Hampden Park with a 2-1 over Bayer Leverkusen.pic.twitter.com/tHJweiypyE

The Frenchman produced one of the sweetest volleys you’ll ever see, smashing the ball into the Leverkusen net to send Real Madrid fans and neutrals wild.

99 times out of 100, that strike would’ve ended up in the stands. But on that particular night, the world stopped for a split second as Zidane wrote his name into the history books.