Want to learn more about the Championship playoff final history? Look no further - we've got the EFL playoffs winners lists and results here... 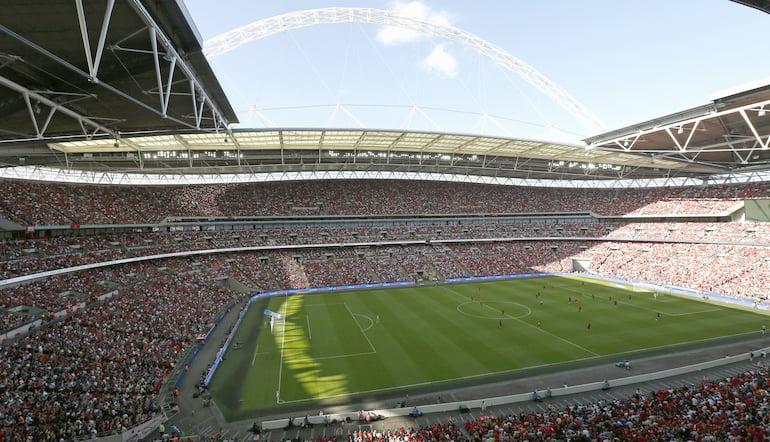 In seasons where two teams have sewn up the automatic spots, the opportunity to enter the playoffs gives clubs and fans hope. It helps retain competitiveness deep into the campaign.

This format also gives something else to ponder in Championship predictions. It’s another angle to consider throughout the campaign.

Here’s all you need to know about the Championship Playoff Final.

How Do The Championship Playoffs Work?

Teams finishing third, fourth, fifth and sixth in the Championship qualify for the Playoffs. This opens up the season for those who can’t quite catch the best Championship teams.

From then on, it’s a straightforward matchup of third versus sixth and fourth versus fifth.

These are two-legged ties, with the lower seed playing at home in the first leg. This gives the team with a better league position home advantage to finish the tie, which is generally considered to be beneficial.

As is commonplace for two-legged ties like these, the winner is determined by aggregate score. The two scores are simply added together. There are no away goals to consider in the Playoff Semi-Finals.

If they are level after 180 minutes, and at the end of a long season, it goes to extra time. This in the standard format of two 15-minute halves. Should the scores remain level through this period, a penalty shootout will decide the tie.

The winners of the semi-finals meet at Wembley. All of the Football League Playoff Semi-Finals usually take place across a bank holiday weekend in May.

If tied after 90 minutes of the final, it’s once again straight to extra time and penalties. The winner goes into the Premier League next season, while the loser remains in the Championship.

Each getting a 1-0 win in the two-legged tie, Charlton and Leeds were forced into a replay at St Andrew’s. The Addicks were victorious in the one-off game, which served as an example for how the Playoff Final would work from 1990 onwards.

Played at the old Wembley from 1990 until 2001, Cardiff was home to the Championship Playoff Final from 2001 until 2006. The Millennium Stadium hosted the three heaviest wins in the history of the Playoff Final.

Although only hosting for a few seasons, the Millennium Stadium saw some of the bigger Playoff moments.

In 2004 and 2005, for instance, Crystal Palace and West Ham snuck into the Playoffs in sixth, but both went on to win the final.

Palace had a change of manager to thank for their turn around, while the Hammers were lucky to have this format, having been 12 points off third-placed Ipswich.

The Playoffs don’t always reward the teams who have been thriving in live betting throughout the season.

The Final returned to Wembley in 2007, and there have been further examples of this with Blackpool gaining promotion from sixth in 2010, and Watford missing out in 2013 despite being just two points off the automatic spots.

The Championship Playoffs are a different test from the 46-game grind. It’s a question of coping under pressure, and of hitting form at the right time.

Having one of the Championship top scorers might not matter if they aren’t on top of their game in May. Here are the teams who have overcome those pressures to win the Championship Playoff Final:

Biggest Margin Of Victory In A Championship Playoff Final

Three goals is the biggest margin of victory in a Championship Playoff Final. This was achieved three times in six years with Bolton, Wolves and Watford running out 3-0 victors against Preston, Sheffield United and Leeds respectively.

The highest scoring Championship Playoff Final was before the trio of 3-0s, though. Charlton and Sunderland matched up at the old Wembley back in 1998 and played out a 4-4 thriller.

The Addicks were the eventual winners in a dramatic penalty shootout, securing their second Championship Playoff Final win after toppling Leeds over two legs in 1987.

Of the 3-0 wins, Wolves’ triumph can be viewed as the most emphatic. The Midlands club scored all of their goals before half-time, with Mark Kennedy, Nathan Blake and Kenny Miller getting on the scoresheet.

While Wolves blew the Blades away in 2003, the final between Bolton and Preston two years earlier was a different pattern, despite finishing with the same score line.

Gareth Farrelly’s strike from outside the box gave Wanderers a first half lead. It was a tense affair from then on, though, with both teams enjoying periods of pressure.

Only in the 89th minute did Bolton get an insurance goal. Ricardo Gardner scored a matter seconds later to seal a 3-0 win for Sam Allardyce’s side.

Which Club Has Won The Most EFL Championship Playoff Finals?

This includes Playoff Final wins before the division was renamed. Fulham have been the most successful club in recent memory, winning the big game in 2018 and 2020.

Notably, Crystal Palace’s number of wins isn’t just from reaching the final often. They have only lost the final on one occasion.

While previously seen as a yo-yo club, Palace have consolidated in the Premier League. The 2021-22 season is their ninth consecutive campaign in the top flight.

How Much Do Clubs Earn For Winning The Championship Playoffs?

There is no direct financial prize for winning the Championship Playoffs.

It is, however, often considered the most lucrative match in world football. Promotion to the Premier League is believed to be worth over £130 million for each of the first two seasons.

Championship Betting Tips
About the Author
By
Sam Cox