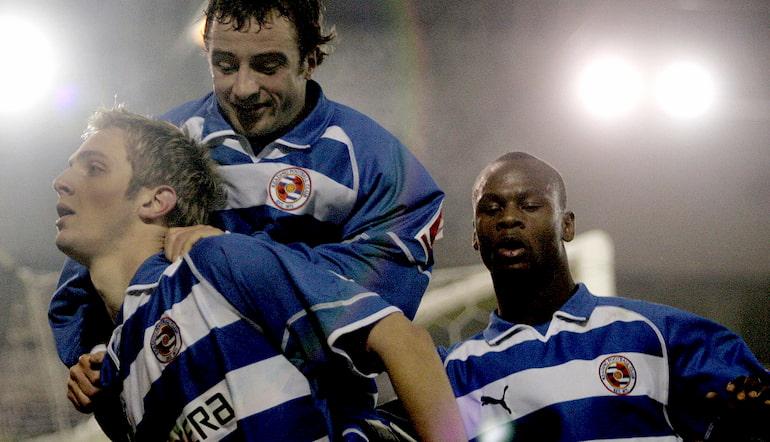 One of the most exciting leagues in European football, the Championship is known for its high-octane matches and tension is at a premium, particularly during the playoffs.

However, the best Championship teams don’t need the playoffs to earn promotion to the Premier League. The greatest teams put on a show and win the Championship title.

The drama of the playoffs is enough to get the attention of any football betting fan but it would be foolish to ignore the efforts of the club that wins the title.

Here, we look at the 10 best teams in Championship history based on points total. Some are recent, others were some time ago. All were fantastic football teams.

Bolton were one of the toughest teams around in 1996/97 and the Trotters gave Burnden Park a fantastic send off to win the second tier title.

The great John McGinlay scored an incredible 24 league goals while Nathan Blake added 20 of his own as Bolton topped the 100 goals mark.

Bolton were minutes away from hitting the 100 points mark but Tranmere Rovers scored a late equaliser to put a slight dampener on proceedings.

The Fratton Park faithful will remember the good old days when Portsmouth were in the Premier League though their 2002/03 season was one of the best in Championship history.

Harry Redknapp meant business and he acted effectively in the transfer window before the season, bringing Tim Sherwood and Yakubu to the south coast.

Wolves were outstanding in 2017/18, leading the way at the top of the Championship table for the majority of the season.

Nuno’s side fell short in their bid to top 100 points as they suffered an embarrassing defeat to already relegated Sunderland on the final day of the campaign.

The likes of Ruben Neves, the most expensive Championship player of all-time, Diogo Jota and Willy Bony were central to Wolves’ success and they are now an established Premier League outfit.

The only 1980s side on this list, Chelsea finished 17 points clear of the field. However, the Blues started slowly, failing to win any of their opening six games of the season.

For the rest of the campaign, Chelsea averaged an astonishing 2.4 points per game. That is the best ratio of any team in Championship history.

Chelsea were fancied for the title after dropping out of the Premier League but the Blues exceeded expectations. On paper, this side may rank as the best Championship team in terms of quality.

Man City yoyoed between the top flight and the second tier for five consecutive seasons but their 99 points haul in 2001/02 ranks as one of the top campaigns in the division.

Fulham were unstoppable in 2000/01 as the Cottagers booked their spot in the top flight of English football for the first time since the 1960s.

By Christmas, Fulham were 10 points clear of their nearest rivals and the west London side had a game in hand. Everybody knew that this Fulham team was special.

With five matches remaining, Fulham had secured promotion but they had the magic 100 points total in their sights. A 2-0 win in their 44th match of the season was enough to do just that.

Over a decade since their last promotion to the Premier League, Leicester defied the odds to run away with the Championship title in 2013/14.

While the Foxes were found guilt of breaking Financial Fair Play rules surrounding Championship wages four years later, it was the stuff of dreams for fans as Leicester produced one of the great Championship seasons.

Nigel Pearson’s men ran riot in the second half of the campaign, with Riyad Mahrez playing a key role for the Foxes. Leicester set a new club record for consecutive wins following the Algerian’s arrival.

Having suffered relegation in 2008/09, Newcastle were determined to clinch promotion back to the Premier League at the first time of asking. Magpies fans needn’t have worried.

Chris Hughton became the master of rotating the Newcastle squad – and he did it to great effect, using a total of 33 players in Championship fixtures alone.

The Magpies went unbeaten at home for the entire 2009/10 campaign as the likes of Andy Carroll, Kevin Nolan and Shola Ameobi showed their class to lead Newcastle to the title.

To be fair, Sunderland were very impressive in 1998/99. The Black Cats reached the League Cup semi-finals while also setting a new record points tally for the second tier.

Going forward, Kevin Phillips was a real threat. The Sunderland star averaged close to a goal per game during the 1998/99 season and his exploits were key to the Black Cats notched 105 points.

Sunderland’s points record didn’t last long as Reading put together a season to remember in 2005/06. Reading weren’t quite invincible but they were some way clear of the chasing pack.

Reading lost just two games all season, with one of those coming on the opening day of the campaign. To this day, Reading’s exploits are yet to be matched.