Chelsea Top Scorers History - Who Has Most Goals For Blues?

Who is the top goal scorer in Chelsea Football Club history? We look at the 10 highest scorers to play for Chelsea... 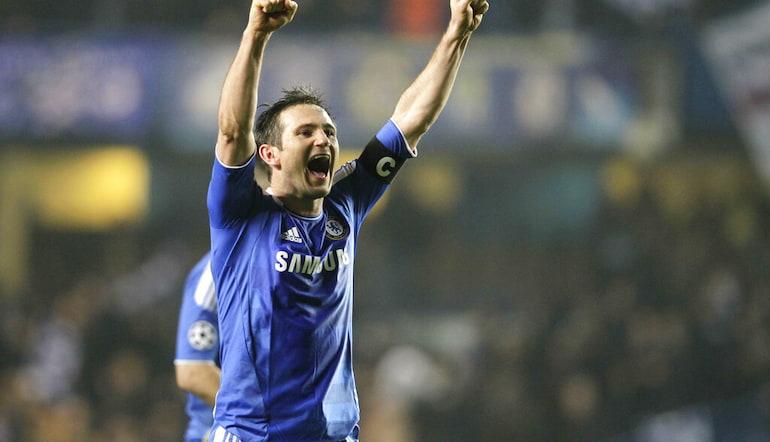 Throughout its long and distinguished history, Chelsea have been blessed with some of the deadliest strikers around.

These ten gave countless goalkeepers nightmares while outscoring the rest of the best to wear the royal blue.

Nicknamed the ‘Gatling Gun’ due to his unstoppable shots, George began his goal-scoring feats at West Ham, playing alongside his brother, Jack.

On joining the Blues in 1906, the Bromley-born finisher started as he meant to go on, bagging five on his debut. Unsurprisingly, from such a strike-rate, he became the first player for Chelsea to top a hundred goals.

The First World War shortened a prolific career, a mustard gas attack in Arras enforcing early retirement from the game whereupon he became a teaboy on building sites to get by.

A weathervane dedicated to the forward still stands prominent at Stamford Bridge today and is said to bring ill-fortune if ever moved for refurbishments.

The Belgian’s bewitching ball-skills and creative endeavours detract from the sheer number of goals he scored during his seven years in West London.

A greater number of European games and extended cup runs in the modern era explains why this fantastically gifted playmaker notched more than some legendary hit-man from the club’s past, but so too does an unerring shot that often found the target.

The four-time Chelsea Player of the Year orchestrated two league title successes before joining Real Madrid for an eye-watering €100m in 2019. Our Premier League predictions forecast a good wait yet before the Blues return to the top.

If several others on this illustrious list fired themselves to fabled status in short bursts of brilliance, Mills played the long game, accumulating his substantial haul over 14 years.

Often having to play second fiddle to the titans of his period, Mills took his chances when they came and enjoyed a high-point in the mid-Thirties, scoring 22 goals in 32 games.

Forever loyal to Chelsea, he went on to coach behind the scenes on retiring and saw his beloved Blues lift the FA Cup for the first time in 1970, mere months before his sad passing.

In 661 appearances for Chelsea, AC Milan, Tottenham, West Ham, and England the train driver’s son from the East End of London scored 466 times.

For England alone he scored 44 goals in 57 games. His was a left foot feared throughout the world and for six seasons running the lethal forward - who was later embraced as a television personality - would have won the Golden Boot had the merit been around in his day.

Greavsie would be adored by the live betting community were he at his peak today, for here was a rare talent who could turn games around with a split-second sight of goal.

Only one statue stands outside Chelsea’s ground, a life-sized bronze bust depicting ‘Ossie’, the ‘King of Stamford Bridge’.

A flamboyant and entertaining forward, Osgood lit up the drab and dreary environs of English football across the early-Seventies before invariably heading to the King’s Road, to further embellish his reputation as a playboy and all-round raconteur.

When the older generation bemoan the absence of characters in the modern game, they are usually thinking of this extraordinary player who was as good in the air as he was with either foot.

The aptly named Bristolian was a Rolls Royce of a footballer, who signed for Chelsea in 1948 for a hefty £11,000 before paying the fee back many times over.

As captain and chief goal-source of one of the best British football teams to grace an English pitch, Bentley led his side to a first ever league title in 1950 and would have represented his country on more than 12 occasions were it not for formidable competition for a place back then.

With Tom Finney, Jackie Milburn and Stanley Matthews all vying for a starting spot even the magnificent Bentley had to routinely take a back seat.

Listen to many in the know and they’ll tell you the Ivorian goal-machine remains the greatest Chelsea striker of them all. Revisiting his immense number of attributes, it’s easy to see why.

A muscular targetman and razor-sharp finisher, Drogba was as capable of pulling off the spectacular as he was poaching inside the area and it helps too as regards to his elite status that the former Marseilles ace was a big-game player.

Remarkably, he scored in all four of his FA Cup finals, two of them match-winners, while crucially he also snatched a late equaliser against Bayern in the 2012 Champions League final. Guess who smashed home the decisive pen in the subsequent shoot-out?

Medals may have eluded Dixon but the sight of him wheeling away in celebration, after scoring yet another goal for Chelsea, was such a familiar sight in the Eighties.

Striking up a terrific partnership with David Speedie, the pair bagged 169 goals as a little-and-large double-act and though they often clashed – on and off the pitch – their opposing characteristics drove them forward and kept Chelsea a viable proposition as the club yo-yoed through the divisions.

Dixon’s post-playing career is a sorry tale, with a nine-month stint in prison for assault in 2015.

A revered Chelsea great, Tambling forged a fearsome partnership with Jimmy Greaves, then later Barry Bridges, as the Blues came so close and so often to winning silverware throughout the Sixties.

A religious and understated individual away from the spotlight, his link-up play and eye for goal would make a £80m player in today’s climate and it grates that such a fine and prolific forward is largely unknown beyond the Bridge.

According to the latest betting odds, Everton are safe from the drop this season. Now if they could just invent a time-machine to reverse their manager’s aging process and get him onto the Goodison turf, they’ll be top six in due course.

The impact Lampard had on a Chelsea side furnished with fortunes at the start of this century cannot be underestimated, proving a pivotal force in three of their title triumphs, as well as outscoring his team-mates on a regular basis.

Has England ever produced a better and more consistent goal-scoring midfielder? A welter of records and outstanding feats in royal blue suggests not.