Our football expert looks at the greatest British club teams of all-time but who ranks at number one? 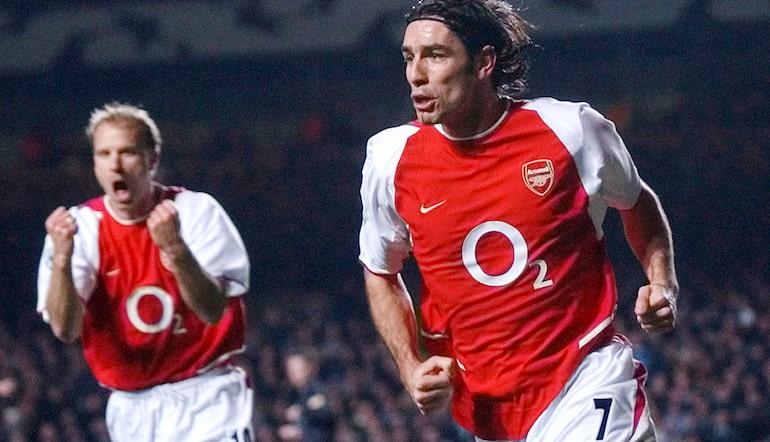 British football has produced some of the greatest club teams of all-time.

From European Cup winners to Centurions and Invincibles, the best British football teams can be held alongside the best offerings from Spain and Italy.

Led by some of the most influential managers in football history, these teams achieved success that will forever be remembered, and in some cases, they changed the way the sport is thought about in Britain.

There was a lot of competition for this top 10, but here are the 10 best club teams in the history of British football…

Pep Guardiola was linked with a move to the Premier League for a long time.

Mentioned as a successor to Alex Ferguson and Arsene Wenger, it was Manchester City who built the club ready for Guardiola after his stint at Bayern Munich.

It took time, and some squad rebuilding, for Guardiola to get the team as he wants. Once he did, though, City were majestic.

They bordered on unbeatable, they scored for fun and toyed with opponents on their way to 100 points and the Premier League title.

Few football betting experts would have fancied Celtic to beat Internazionale in the 1967 European Cup final. The Lisbon Lions are one of the most famous groups of footballers in the history of the game.

The most common line is about 14 of the 15-man squad being born within 10 miles of Celtic Park.

Their win over Inter was historic, though, and they are one of only three teams to have won five trophies in a single season.

The Lisbon Lions were the first British team to win the European Cup, and nearly repeated the feat in 1970.

He won FA Cups galore, he won doubles, he brought beautiful football and developed some of the Premier League’s best ever players.

His greatest achievement, of course, was the invincible season in 2003/04, the third league title of the Wenger era.

The first and only English team to go a league season undefeated, Arsenal were rewarded with a gold trophy for their efforts.

He arrived as the special one. It didn’t take Jose Mourinho long to prove himself right.

Chelsea were picking up star names since Roman Abramovich bought the club, and expectations were sky high when Mourinho took over in 2004.

What Chelsea and Mourinho delivered was beyond what even the most optimistic Chelsea fan could imagine.

They set a long-standing Premier League points record in 2004/05 and won the league by a comfortable distance with only one defeat along the way.

Led by Bill Nicholson, Spurs won the first division title at a canter in 1960/61 despite a mid-season blip which saw them win just two in seven over February and March.

The FA Cup run featured a quarter-final replay with Sunderland, but Spurs made light work of the second match, cruising to a 5-0 victory.

It was straight forward from then on with victories to nil against Burnley and Aston Villa.

The peak of Alex Ferguson’s trophy-laden tenure as Manchester United manager came in the 1998/99 season.

Arsenal had pipped them to the title in the previous season, but United more than made up for that in final Premier League season of the century, winning the league title, FA Cup and Champions League.

That famous night at the Camp Nou is the obvious highlight, but the success of this team, the style of football they played and the construction of the squad, quickly became the standard for Manchester United. It is the level the club aspire to.

The standards set in that season, the Class of ’92, are what Manchester United wants to be about. They may never replicate a treble with so many homegrown players, but it’s an example of what can be achieved.

It is a feat reserved for only a small group of teams, and arguably the most impressive achievement of any British club side.

Clough is the headline act of Forest, his charisma, his famous football quotes, every bit as memorable as the on-field achievements. What he built at Forest was historic in every sense.

Liverpool won four of five league titles in the late seventies. From 1981 to 1984 they wrapped up their first, and the second ever, threepeat in English football.

They won four consecutive League Cups to start the 1980s, and lifted the European Cup in 1981 and 1984 to follow up twice becoming champions of Europe in the previous decade.

Such supremacy, over the best part of a decade, is yet to be repeated.

Venturing into a very different era from the others on this list, the inter-war years saw Arsenal complete a threepeat between 1932 and 1935.

It’s a feat only achieved three times since; Liverpool in the early eighties, Manchester United across the turn of the century and United again from 2006 to 2009.

International cricketer Leslie Compton played for Arsenal in those three title wins, and the team was managed by Herbert Chapman.

Chapman, more open-minded than the most in English football at the time, was an early advocate for a European competition. He was an innovator, introducing team meetings and physical training regimes.

Recruited and trained by Joe Armstrong and Jimmy Murphy, the Busby Babes were a group of players who won back-to-back league titles in the mid-1950s.

They were set for a period of silverware accumulation – the average age of the side that won the title in 1956/57 was just 22.

The Munich air disaster in 1958 is one of the most tragic incidents in sporting history. Eight players lost their lives, and two others were injured so severely that they never played again.