Chelsea vs Arsenal is a huge Premier League fixture. Who comes out on top in Arsenal v Chelsea H2H record results & club history? 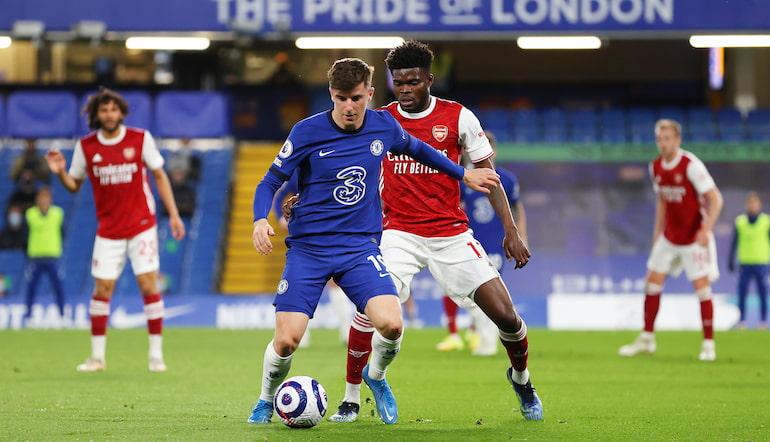 When it comes to football betting in England, Arsenal vs Chelsea is one of the biggest matchups. It’s on that select list of matches that stand out when the fixture list is released.

They might not always be at the top of the outright Premier League odds, but these are two of England’s most well-known clubs. Boasting fan bases on every continent, Arsenal vs Chelsea matches are watched all over the planet.

In-play betting has been tricky between these two teams. The unpredictable has become normal. We’ve witnessed cup final drama and wrongly handed out red cards.

Like so many derbies, the result is often anomalous in the pattern of the season. With a bit of history and statistics, here’s a run down of Arsenal vs Chelsea.

The foundation of the Arsenal vs Chelsea rivalry is London. Even in the early years, the fact it was two London teams matching up meant there was an inkling of a rivalry. That, of course, continued to grow over the following decades.

Having simmered for a long time, the tensions reached boiling point around 20 years ago.

Inspired by Gianluca Vialli and Gus Poyet, Chelsea beat Arsenal 5-0 in the League Cup. This was the height of Arsenal as a force, and they went from strength to strength in the following years.

The Arsenal Invincibles followed. The Gunners were the (literally) unbeatable force in English football, and they extended an extraordinary run against Chelsea.

Wayne Bridge’s famous goal in the Champions League was a turning point for the north versus west relations.

It signalled a change of power in the capital, and a few months later, Jose Mourinho arrived at Stamford Bridge. The self-titled ‘Special One’ made it a personal mission to rile up the Gunners faithful and Arsene Wenger.

The Mourinho and Wenger days were the golden age for this rivalry. Changes to the squads since then have removed some of the hostility.

Geography will always keep things fired up between these two teams. If there was any risk of that waning, Arsenal’s two recent FA Cup final wins against Chelsea have sprinkled some petrol on the century-long bonfire.

Arsenal vs Chelsea Head to Head

It’s a comfortable lead for Arsenal in the all-time head-to-head record against Chelsea. Their 79 wins puts them 13 clear of their London foes. This is a long-running advantage which Chelsea have never really been able to make up.

Arsenal have had prolonged periods of positive results against Chelsea in the 1920s, 1970s and early-2000s.

Chelsea have fought back in the Roman Abramovich era, racking up 22 of their 66 wins since the takeover, but they still have a long way to go to reach parity.

Interestingly, the goals scored totals are much more reasonable. Chelsea are just 16 goals all-time behind Arsenal, which is pretty much neck-and-neck considering they have faced each other over 200 times.

It’s fair to say the Premier League era of Arsenal vs Chelsea can be broken into distinct chunks. Each have enjoyed periods of supremacy, with Arsenal going unbeaten against Chelsea in all competitions from January 1999 until April 2004.

Following that win in 2004, however, Chelsea succeeded the Gunners at the top of English football. The Blues embarked on a special run against Arsenal. They lost just twice in their next 17 matches against their bitter rivals.

There have been other streaks in both directions since then, though neither were as dramatic. Despite their struggles in recent seasons, Arsenal have become Chelsea’s bogey team. Chelsea have lost three and drawn once in their last four meetings.

Next Arsenal vs Chelsea Match

The next Arsenal vs Chelsea match is on 22nd August 2021 at the Emirates Stadium. Arsenal are aiming to make it four consecutive wins against Chelsea in all competitions for the first time since 2004.

Next Chelsea vs Arsenal Match

The next Chelsea vs Arsenal match is on 12th February 2022 at Stamford Bridge. The Blues are looking for revenge, having not beaten Arsenal at home in the Premier League since 2018.

Most Arsenal vs Chelsea goals

It’s Didier Drogba. The Ivorian was Arsenal’s nemesis. He scored big goals in cup competitions, he dominated them in the Premier League, and his presence alone sent shivers down the spines of Arsenal fans worldwide.

Drogba scored 13 times for Chelsea against Arsenal. There was a mix of individual goals, free-kick wonder strikes and moments of technical mastery.

Few players have had a psychological advantage over an opponent quite like Drogba had over Arsenal. Whoever played at the back, it was inevitable he would score.