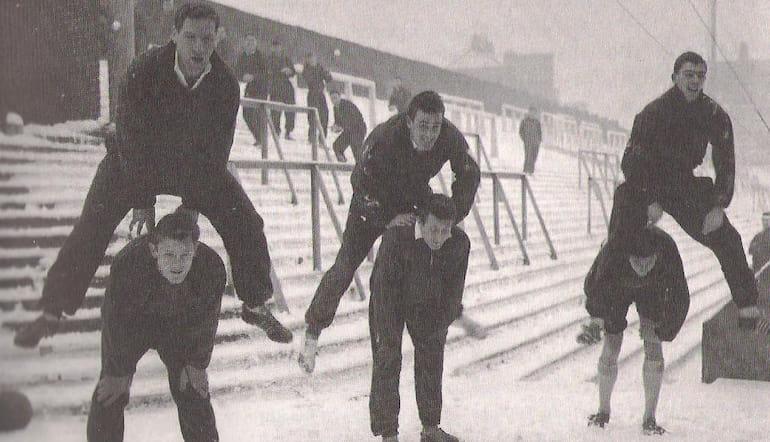 FOOTBALL fans nowadays are able to sit back and enjoy a lovely Christmas meal surrounded by all the family.

Accompanied by a few drinks to wash it down, we then collapse on to the sofa to open our presents and watch Yuletide television programmes.

But until the late 1950’s, it was traditional for football matches to take place on December 25th – Christmas Day.

These were usually keenly contested encounters, with the return fixture against the same opponents staged back-to-back on Boxing Day.

And don’t forget that most clubs wouldn’t have been able to afford to stay overnight in hotels in those days so there was a lot of travelling going on. 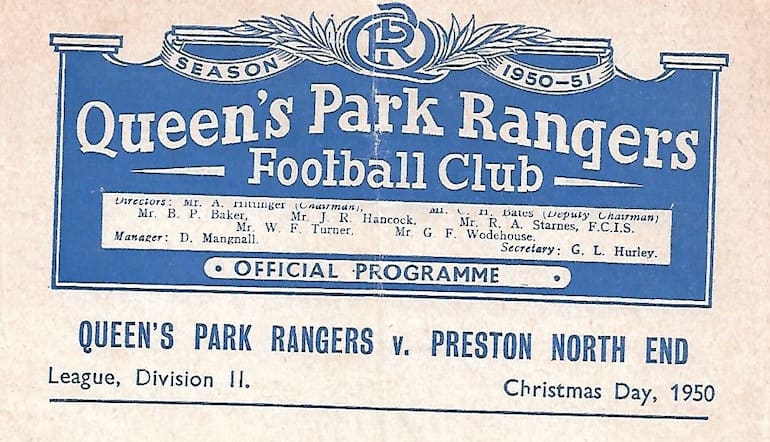 Just to give you a couple of examples from my own team Queens Park Rangers...

Christmas Day 1950 saw QPR lose 4-1 at home to Preston North End. Following on from there, the R’s players travelled 225 miles through the night on a motorised charabanc and 24 hours later lost 1-0 away against Preston.

A year later on 25th December 1951, QPR played up at Barnsley and were beaten 3-1. Then the next day there was a home game against Barnsley that finished in a 1-1 draw.

1957 was the last time that a full programme of Football League matches took place on 25th December.

Supporters have become accustomed to spending time at home on Christmas Day ever since then, although the players have often been called in for full training sessions on the eve of their Boxing Day fixtures. 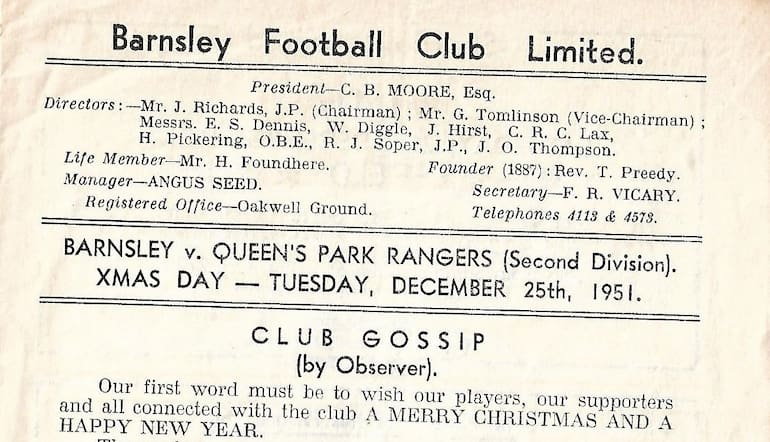 As some Premier League managers are vociferously in favour of scrapping festive fixtures entirely, the prospect of football taking place on Christmas Day in the modern era is absolutely unthinkable.

There would also be huge logistical problems in relation to matchday policing and public transport.

However, I can confirm that one match does take place every year on the morning of 25th December with a 10.45am kick-off.

It is the well-attended Steel & Sons Cup Final perennially held at Seaview in Belfast - the home ground of Crusaders FC.

In 2021, Newington beat Linfield Swifts 1-0 to lift the cup which is an intermediate level competition run by The County Antrim & District Football Association.

But back in 1962/63, the playing season was totally decimated by one of the coldest winters on record in the United Kingdom. A so-called ‘Big Freeze’ wiped out football for several months with hundreds of matches being called off or abandoned.

Those arctic conditions arrived just before Christmas that year and the national list of postponements showed just how bad things were. For example, only three FA Cup Third Round matches were played on the scheduled date of 5th January.

The Lincoln City versus Coventry City FA Cup game was cancelled 15 times and 14 of the other ties suffered 10 or more postponements. Indeed, the last fixture of that round was completed nine weeks late on 11th March.

In the famous "Big Freeze" of 1963, QPR managed to play only 3 League matches in the 2 months from December 23 to February 23

Bolton Wanderers were the worst hit club. From 8th December to 16th February, Bolton did not play a single League or Cup match.

Various ideas were tried to beat the freeze…including a tar-burner on the pitch at Chelsea and flame-throwers at Blackpool.

However it wasn't until 16th March - nearly three months after the Big Freeze started - that a complete programme of Saturday football fixtures could take place again.

The season was subsequently extended from the original final date of 27th April right up until the end of May to get all the games completed.