Who is the best opening batsman in English cricket history? 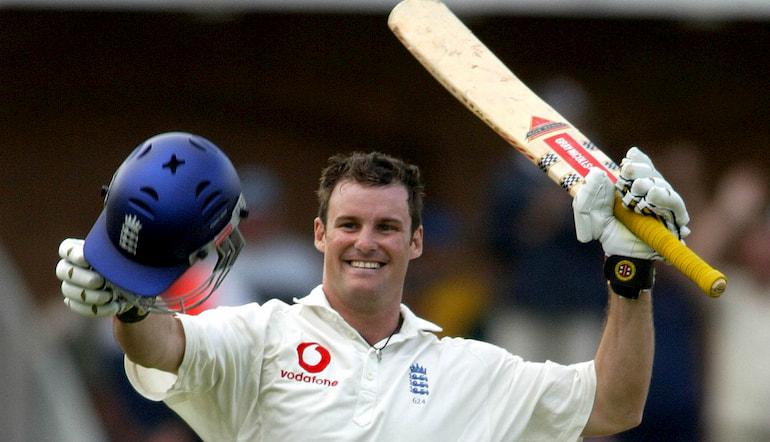 Opening the batting is the hardest job in Test cricket.

Facing the movement of the new ball, dealing with fresh bowlers, opening batsmen are thrown into difficult match circumstances and have the responsibility of protecting the batsmen behind them.

An elite opening pair changes cricket betting. Seeing off the new ball and setting a platform for the team is invaluable, and England have been fortunate enough to have many of the sport’s best openers over the years.

This list of England’s 10 greatest openers features many of their all-time leading run scorers and several long-term captains. These are some of England’s best cricketers.

Cook made the absolute most of the talent he had. Limited compared to others, Cook had superhuman concentration and discipline. His performance in the 2010/11 Ashes is one of the greatest series ever played in the historic rivalry.

The 33 Test centuries and average over 45 put Cook among the best modern openers. It was a career of adaptation, tweaking technique and delivering when under pressure.

His England career ended on the perfect note with a century against India, the same team who his score came against, an epic 294 in 2011.

Jack Hobbs achieved things that will never be matched. The longevity to have a 22-year Test career is extraordinary, and his tally of 61,760 first class runs is the stuff of legend.

Hobbs finished with 199 centuries, a number as frustrating as it is historic. A career Test average just shy of 57 ranks among the greats of the game, accurately reflecting Hobbs’ standing.

He was not only a prolific run-getter, but a match-winner for England, and he filled his boots on Ashes tours in 1912 and 1924/25.

Graham Gooch’s Test career got off to a nightmare start. The selectors kept faith in the Essex opener, though, and he eventually repaid it, becoming England’s leading all-time run scorer, a record later beaten by Cook.

Gooch combined clean striking with discipline. He was a run-getter rather than a stroke maker, a batsman who could hit the ball hard, but who was constantly evaluating risk.

Never happy with a hundred, Gooch always looked to go big – his best match came when he did just that, scoring 333 and 123 against India at Lord’s.

Better remembered for his captaincy than his batting, Andrew Strauss was a key performer for England through two successful periods.

He was relatively new to the team in the 2005 Ashes, scoring a pivotal century in the Oval clincher, and led the team to the top of the world and a couple of Ashes series wins as captain years later.

Strauss was an all-round solid batsman. A crunching cut shot was his trademark, but he could score all round the ground when in form.

Amid the records broken by Cook, Strauss’ career is sometimes overlooked, but with an average over 40 in 100 Tests and 21 centuries, England could do with a player like him now.

Playing through the dark days of the 1990s, Atherton enjoyed little team success in his career, but his brand of gritty, backs-to-the-wall batting was appropriate for the state of the team.

Atherton averaged 37 in his Test career, an unspectacular return, but he played over 200 innings for England, including one of the great modern defensive displays in Johannesburg in 1995.

The career numbers are nothing special, though Atherton was unfortunate to play in an era of such wonderful fast bowling.

England’s first ever professional captain, Len Hutton was significant in English cricket beyond his individual achievements, which is saying something because he was a long-time record holder.

Like others on this list, Hutton didn’t get off to a perfect start, faltering in his first match before a century in his second.

It didn’t take long for his greatness to become apparent, however, as the Yorkshire opener made 364 in his sixth Test, then the highest ever individual score. A career average of 56.67 is just outside the top 10 all-time.

Ever controversial, the outspoken Geoffrey Boycott has never gone out of his way to make friends. It would be disingenuous to leave him off a list such as this, however, even with a three-year hiatus during his peak years.

The stubbornness that makes Boycott an opinion-splitting character was what made him a special batsman.

Renowned for his slow scoring, Boycott’s defence was as resilient as any in English cricket history and his robust self-confidence meant he always prioritised his wicket.

This didn’t always help the team, but it allowed Boycott to compile over 8,000 Test runs.

This is a bit of a cheat. Alec Stewart only opened in 45 of his 133 England matches. Stewart is England’s third-highest run scorer ever, though, and his record at the top of the order was excellent.

Although owning a career average under 40, Stewart was at 44.64 as an opener, scoring eight of his 15 centuries from the top of the order.

He was a more effective run scorer when playing as a specialist batsman, bringing class to an England team that struggled to win matches.

Making his debut alongside Jack Hobbs, Herbert Sutcliffe took to international cricket like a duck to water. Sutcliffe is in a rare group of players with a superior international average to his first class numbers.

Sutcliffe started his career with three consecutive 50+ scores against South Africa, and stuck as England’s opener for a further 11 years.

Featuring in 54 Tests for England, Sutcliffe’s average was over 60 and he twice scored centuries in both innings of a Test.

The record alone locked Sutcliffe into this list. He’s one of the greatest batsmen of all-time, though perhaps not with the same reputation as Hutton and Hobbs.

Mental health issues sadly cut Marcus Trescothick’s England career short. Even so, the Somerset left-hander deserves his place on this list with an average just under 44 in 76 Tests.

Minimal foot movement made Trescothick look fallible. While he occasionally struggled with the moving ball, he was a great player to watch, and was well-balanced at the crease despite a non-textbook technique.

It’s no overstatement to call him one of England’s most talented batsmen in the modern era.

If he didn’t have to retire early, Trescothick could have broken plenty of England records. His role in the 2005 Ashes triumph cements his place as an icon of English cricket.

Will any of England’s current generation work their way onto this list? Bet on cricket and follow the latest scores with 888sport.