Who Are The Greatest England Cricketers Of All-Time?

Some of the greatest cricket players ever have represented England but who makes the top 10? 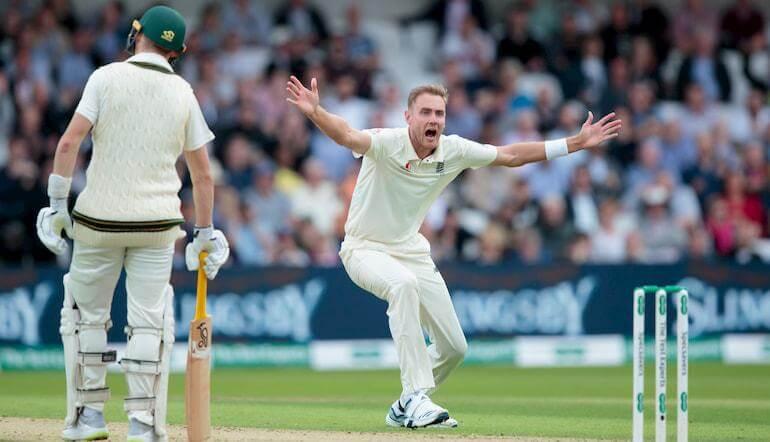 England’s first Test was played in the late-1800s - the quantity of Test matches played per year has increased gradually since then.

There’s a vast pool to pick from when we’re picking England’s greatest ever cricketers and, of course, over the last few decades the white-ball formats have become a factor to consider.

With more matches played and the game changing, statistics are not straight forward to compare.

The impact of a player has to be taken into account too – less eye-popping averages can be overlooked for those who won matches for England, those who wrote themselves into the memory of cricket fans for years to come.

In no particular order, here are the 10 greatest English cricketers of all-time…

They don’t come bigger in the history of English cricket than Len Hutton. His 18-year career finished with 19 Test centuries, including an exquisite 364 in his sixth Test, which stood as the highest Test score ever until 1958.

Hutton’s career straddled the Second World War, and a badly broken arm during the war forced him to change his technique and use a smaller bat, but did little to hamper his run scoring.

Australia were cricket betting favourites in 2005. England needed something, someone, special to defeat that great Australian team. Kevin Pietersen was a major part in that historic side and several others that followed.

Controversial throughout, but a freakish, incomparable talent, Pietersen won matches for England in all formats, he dominated some of the sport’s greatest bowlers.

He was a must-watch cricketer who featured in Ashes successes and World Cup triumphs. Pietersen might not be popular, but he deserves his spot here.

Only recently passed as England’s highest wicket-taker and with an Ashes series named after him, Ian Botham had a knack for the dramatic to go with the long period he spent as England’s most important player.

Botham was a star on and off the field, a celebrity away from cricket in a way that the sport rarely sees. He had a personality that could be hard to manage, but that dragged his team to improbable victories.

The first cricketer ever to reach 300 Test match wickets, facing Fiery Fred Trueman was an experience few would relish. Trueman rattled through batting line-ups, owning a 49.4 strike rate, the best of any England bowler with over 200 wickets.

Trueman was a larger than life, imposing character. His bowling was rapid, a mix of aggression and skill leaving batsmen uncomfortable throughout their innings.

The late Bob Willis was one of England’s finest fast bowlers. Willis, who played through pain for much of his Test career, amassed 325 wickets and bowled perhaps the most famous spell of all.

The 8 for 43 at Headingley was Willis at his best; accurate, fired up and quick. Willis enjoyed Ashes success. He was a true team man, as committed to his craft whether it was a seaming new ball or through the gritty final minutes of a long day in the field.

He was vastly respected throughout his playing career and that continued into his time as an excellent pundit.

England’s leading Test wicket-taker and quite simply the best swing bowler in the history of the sport, James Anderson is a master with a new ball in his right hand.

Batsmen bamboozled and records broken, Anderson is a supreme athlete, surviving the rigours of Test cricket for the best part of two decades.

The 21st century wouldn’t have been anywhere near as successful for English cricket without Anderson. It will be a long time before we see another bowler like him.

It might seem a bit early to put Ben Stokes on here, but his World Cup final heroics and innings at Headingley in 2019 are enough on their own to earn a place in England’s all-time top 10.

Stokes takes over matches in all three formats - often the best batsman, bowler or fielder on a given day.

He turns losses into victories, he gets supporters out of their seats and he was at the forefront of two magnificent days for English cricket last summer alone.

He’s very different from Ian Botham, but there’s a chance Stokes will have surpassed the former Sky commentator by the time he retires.

England’s all-time leading run scorer became England’s longest serving captain. A career of ups and downs had more positives than negatives, yet it is the way Alastair Cook responded to adversity that reflected his character.

Close to being dropped before the 2010/11 Ashes, Cook produced a Bradman-esque series.

He stuck with his team as captain after a whitewash a few years later and led the team that won the urn back. Cook’s stubbornness, as a batsman and a person, made him the cricketer he was.

Cook was a limited batsman; his game was dependent on superhuman concentration and discipline rather than flair and natural talent. He made the absolute most of what he had.

Jack Hobbs might as well have his own chapter in the record books. His 199 first class centuries and almost 62,000 first class runs will never be matched, and it’s hard to imagine another 46-year-old recording a Test century.

You don’t have to know who Hobbs was to bet on cricket in 2020, but he’s an important person in the history of the English game for both his country and Surrey.

England’s second highest all-time Test wicket-taker and as devastating a bowler as any when he’s in one of those spells, Stuart Broad rounds out this list for a combination of longevity and match-winning moments.

Broad is a streaky bowler. His career has been defined by magic sessions and periods of criticism. A true competitor, Broad has a knack for delivering in the biggest moments, finding something when England needed a breakthrough.

Of course, the best example of all came with that barely believable 8 for 15 to seal the Ashes in 2015.