Five Key Matchups Ahead Of England's Tour In New Zealand 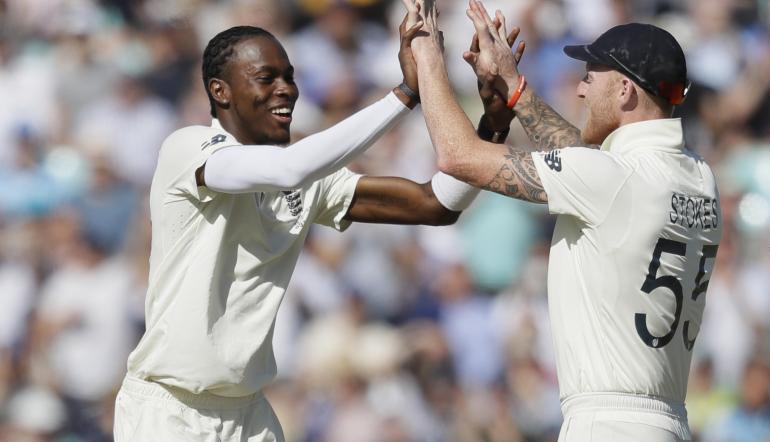 Just a few months after facing each other in the greatest cricket match ever played, England and New Zealand are reunited several thousand miles from the scene of that World Cup final.

The Summer of Stokes is over, but England’s superstar and favourite for BBC Sports Personality of the Year is back in his country of birth as England look to build on a 2-2 Ashes series.

The hosts are ranked second in the world in the longest format, just ahead of England. With a new head coach and a revamped batting line-up, this series represents a new era for English cricket, and a serious test of their credentials as a red-ball team.

It’s been a long wait for cricket fans after the busiest summer of all. Here are five key matchups that will be decisive in this series…

Black Caps coach Gary Stead said New Zealand will ‘fight fire with fire’ when it comes to Jofra Archer. In Lockie Ferguson, the Kiwis have their own fiercely quick bowler, who will test England’s batsmen’s reactions like Archer will do to the hosts.

Aside from Stokes, Archer was the story of the summer. From super over to getting Steve Smith hopping around the crease, he showed himself as one of the best (and scariest) bowlers in the world.

England quickly grew dependent on their new bowling star, who will take the new ball with Stuart Broad at Mount Maungaumi.

Ferguson was superb in the World Cup and boasts a Test average little over 24. It’s going to be a lot of fun watching this pair light up the speed gun.

The two premier batsmen. The two captains. Kane Williamson and Joe Root are masters of their craft, elegant strokemakers and good technicians capable of excelling in all forms of the game.

Williamson hasn’t been in the best form of late. Root found some touch towards the end of the Ashes but is in need of a century (his failure to convert is a growing talking point).

In a two-match series, either Williamson or Root hitting some form could well turn it in their team’s favour.

If you’re considering betting on cricket, Root and Williamson are too names you will get used to seeing at the top of the batsman odds.

Stuart Broad made David Warner his bunny in the Ashes. Leading the attack while James Anderson recovers, England need Broad to maintain that form for the series in the New Zealand.

This is a different ‘matchup’ compared to the previous two, as it’s about a direct duel rather than two comparable players. Tom Latham has a 224 and a 154 over his last four matches and owns a solid conversion rate in Test cricket with an average over 44.

How he deals with Broad’s new ball spells is going to be vital, letting the England right-armer get off to a good start can often lead to batting disaster.

Broad was a lock for our England and New Zealand greatest XI – what does he have in store for us this winter?

Set for his debut on Wednesday night, Dominic Sibley topped the county run scoring charts this summer and notched a century in the warm-up matches. Nothing can prepare him for facing Trent Boult and Tim Southee with the new ball, however.

Ranked 6th and 13th respectively, Boult and Southee give batsmen little. Sibley, like every England opener post-Strauss, is under immense pressure to look comfortable and get runs at the top of the order.

His technique isn’t orthodox, and four low scores in New Zealand will see questions asked about his ability to cope with Test match bowling.

With Ferguson waiting in the wings, it doesn’t exactly get easy after the new ball duo, but Sibley has to at least look like he can survive at this standard if he’s to be a long-term solution opening the batting with Rory Burns.

With Jonny Bairstow controversially dropped, all eyes are on Jos Buttler to deliver as England’s wicketkeeper batsman.

His opposite number, BJ Watling, scored a century in New Zealand’s last Test and a 104 not out for Durham at the end of the County Championship season before three underwhelming performances for Northern Districts.

Buttler, on the back of a mixed Ashes, has been backed by England despite a limited red-ball record. A hundred against New Zealand A was perfect preparation for the Test series – Buttler only has one Test ton to his name in 36 matches.

Both teams boast superb fast-bowling units. The lower-middle orders might need to execute a rescue mission or two – a big knock from Buttler or Watling could swing this series.