The IPL is one of the most exciting cricket tournaments in the world - here are five reasons why cricket fans need to get involved (if you haven't already!) 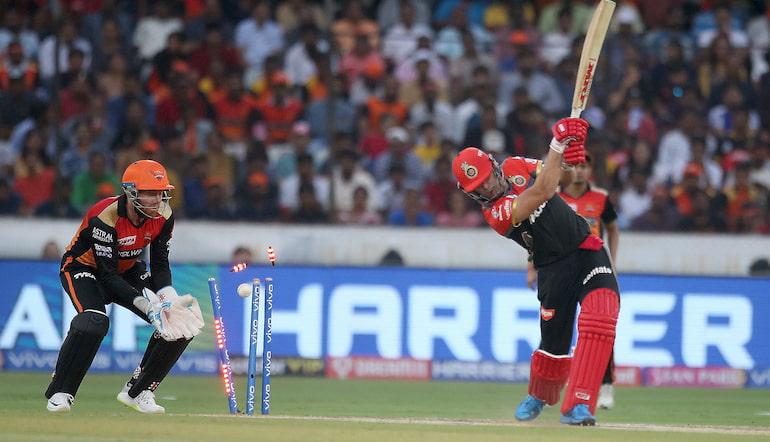 The 2020 edition of the Indian Premier League has been postponed like much of the rest of the sporting world, but the glitziest competition in cricket will be back.

Heading into its 13th year, the IPL remains the pinnacle of short-form cricket.

The best players in the world prioritise it in the hectic cricket calendar, and the riches continue to flow. Teams are littered with stars, though overseas players restrictions sometimes leaves big names watching on.

The impact the IPL has had on Test cricket is oft discussed. It has changed the sport, it has provoked rival leagues, and seen invention across all disciplines. Attitudes to the IPL in certain cricketing circles have softened after initial scepticism.

In a cricket mad country of over 1.3 billion people, the IPL is an enormous sporting event, which perhaps doesn’t get the attention it deserves in the UK. Here are five reasons to watch the IPL…

These are elite talents and they’ll be going head-to-head. A scenario where Gayle and Maxwell are chasing 50 off 4 against Russell, Ferguson and Cummins is unlikely to be seen in any other form of cricket.

A World Cup gives cricket fans an intense period of the best facing the best, but they aren’t annual events and the combination of players is the same as other formats. The IPL mixes it up.

Cricket betting on the IPL is never easy, such are the talents on every squad. Each franchise has their own helping of star power from all over the world to accompany the best players India has to offer.

Not just a payday for the world’s best, the IPL is also a platform for lesser known Indian cricketers to establish themselves on the world stage.

Big-hitting batsmen and run-rate-controlling bowlers have broken through in the IPL and gone onto enjoy success both on the international stage and in other T20 leagues.

Jasprit Bumrah, one of the best fast bowlers on the planet, appeared on the scene with the Mumbai Indians in 2013, and worked with Lasith Malinga to develop his skills. Bumrah might be the most desired death bowler in the game.

Rishabh Pant has a similar story, excelling in the 2018 IPL on his way to a Test call-up. Pant is a destructive batsman, and while his wicket-keeping is a work in progress, the IPL pushed his international case after starring as an under-19.

The 2018 IPL ranked fifth of all sports leagues in average attendance at over 32,000, putting it ahead of La Liga, Major League Baseball and the Big Bash.

Nearly 55,000 were at Rajiv Gandhi International Cricket Stadium in Hyderabad to watch the 2019 IPL final.

It’s not just a huge crowd either. An IPL match isn’t a quiet occasion, the crowds are more comparable to a Premier League football match than the County Championship. It’s partisan, it’s loud, and it’s wild.

The atmosphere at an IPL match contributes to what is a unique experience. India’s love for the game is on show throughout.

Cricket has evolved over the last 20 years. Kevin Pietersen’s switch hits in the noughties were considered freaky, but such strokes are bordering on commonplace at this point. Ramps and scoops are everywhere.

White-ball cricket as a whole has contributed to the changes in the game, and the IPL has been at the forefront. Bowlers and batsmen need to get funky when they are facing the best in the sport.

Each season there will be something new, whether a tactic, field setting or shot. Bowlers are always tweaking their deliveries and testing new slower balls to find an advantage. The IPL often pushes the sport forward.

Cricket fans are already tied to counties and national teams. Impartiality in the World Cup is rare, and the same goes for the T20 Blast.

English fans, for the most part at least, have no long-term ties to IPL franchises, allowing them to support their favourite players and relax into the tournament rather than stressing over every poor shot and wild over.

Fans can feel free to follow Ben Stokes and Jos Buttler’s exploits without being tied to the team the next season. A Bumrah versus Russell contest can be enjoyed without emotional investment to either side.

It is cricketing fun. It’s a tournament to enjoy rather than stress over, and that’s a pleasant change for many sports fans who are so deeply invested in the fortunes of their teams.

*Credit for the main photo belongs to Mahesh Kumar A. / AP Photo*

Sam is a freelance sports writer, specializing in football, cricket and Formula One.

He follows most sports, but particularly enjoys those on the other side of the Atlantic Ocean – namely baseball, basketball and American football. Watching, writing and talking about sport takes up most of his time, whether that is for a day out at T20 Finals Day or settling down for Super Sunday and Redzone.

Who Makes Next Ashes Team?

Who Has Hit 6 Sixes In An Over?